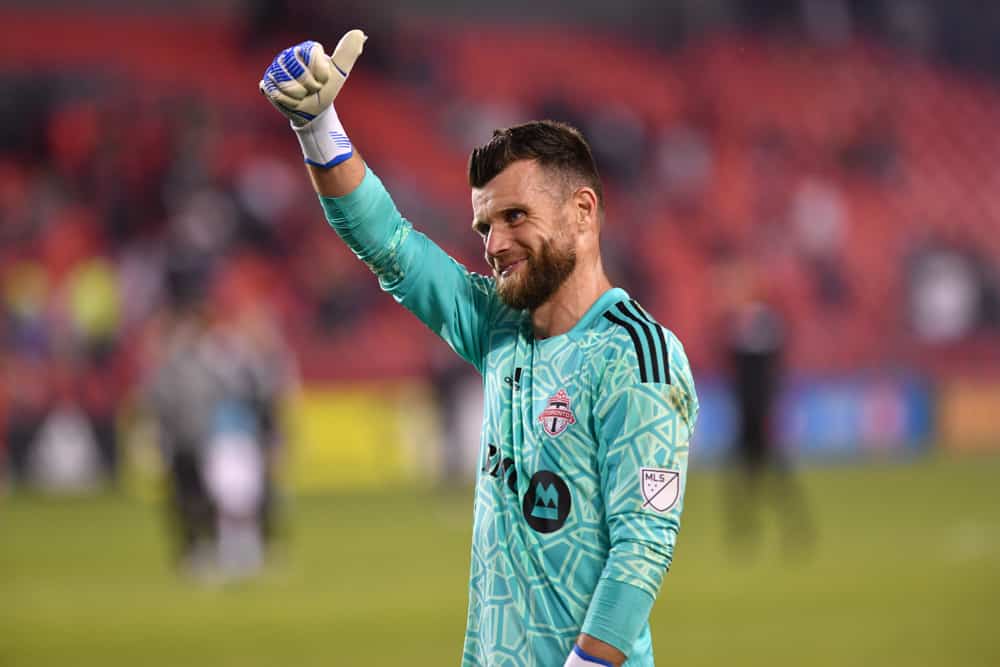 We are back from the international break! Was a very interesting break with the Nations League being played and players having mixed feelings about the games that were played. Soccer (futbol) is a long season, numerous cups to play for, and with the World Cup pushed back the players were not so happy to not get that break at the end of the season. But regardless, MLS is back with a full weekend of matches so let’s get right to it with a betting preview and gambling picks!

I love this matchup. Seattle is a better team when they are in front of their own fans while Los Angeles FC is just solid all around. Seattle has been clicking offensively at home, scoring 3/2/4 in their last three home matches. They have still struggled a little defensively only keeping two clean sheets all season and conceding an average of 1.23 goals per game. Seattle has also been selected as one of the cities to host World Cup games in 2026, super excited for it to be played here in the states!

Los Angeles FC is averaging 2.1 goals per match and has scored in four straight games. They are the best team in MLS right now and I expect them to find plenty of success attacking that Seattle midfield and exploiting the holes in their backline.

The visitors also can be beaten on the back end as they have only kept four clean sheets while conceding an average of 1.14 goals a game. That is why they have recently signed the Italy stallion himself, Giorgio Chiellini. Excited to see him and others coming to MLS. Side note: Seattle will be without a key piece of their backline as Yeimar Gimez their 29-year-old center back is still out with a hamstring injury.

Let’s stick with another LA team and attack another game that I think has the potential for some fireworks. LA Galaxy was falling off there for a little while but bounced back nicely with two home wins right before the break, beating two very good teams.

Timbers went into the break losing their last four of five with their only win coming at home vs the last place Sporting KC. They have not kept a clean sheet in seven straight games, have not won an away match in their last six, and are conceding an average of 1.67 goals a game.

Galaxy also has not kept a clean sheet in their last six matches and have not held the Timbers off the scoresheet in their last 17 head-to-head meetings. That is just wild, and I don’t see any reason it does not become 18 straight in this matchup. There should be plenty of chances on both sides in this one.

Another great matchup here with both teams able to find the net but also giving up goals regularly. Red Bulls have not kept a clean sheet in six straight games, they concede an average of 1.13 goals per match and have only kept a total of three clean sheets all year. You may see those numbers and think they are bad, well Torontos is worse.

Toronto has not kept a clean sheet in TWENTY SIX matches. I had to spell that out because it’s just almost unbelievable. Twenty-six games straight they have conceded a goal. They of course have not kept a clean sheet this season and are conceding an average of 1.93 goals per game. The only reason they have won any games this year (four to be exact) is that their offense has capitalized on their opportunities.

They have actually scored just as many goals as Red Bulls but sit eight spots below them in the standings and 11 points back from the top spot.

H2H Stat: Four out of the last five have seen both teams score.

The last game I am on this weekend is between two teams on opposite sides of the table but the last two meetings between them have been nothing less than electric! Salt Lake sits in 3rd place, only four points behind the leaders Los Angeles FC. They have been excellent at home and have actually not lost in their six matches so far this season. In those games, they have scored 11 goals while only conceding four and have only conceded one in their last three.

San Jose on the other side has struggled on the road. They are winless in their seven road games this year and have scored eight goals while conceding 16 in those matches. They have only kept two clean sheets this year with the most recent one being their last game which was on the road in Nashville. Their goalie played great, making five saves but Nashville missed four big chances to find the back of the net.

Salt Lake ranks first in big chances missed with 25 and I have to believe they will get at least three of four in this game and I think I will be banking on them to make those chances count.