2022 US Open DraftKings: Best DFS Plays in Each Price Range 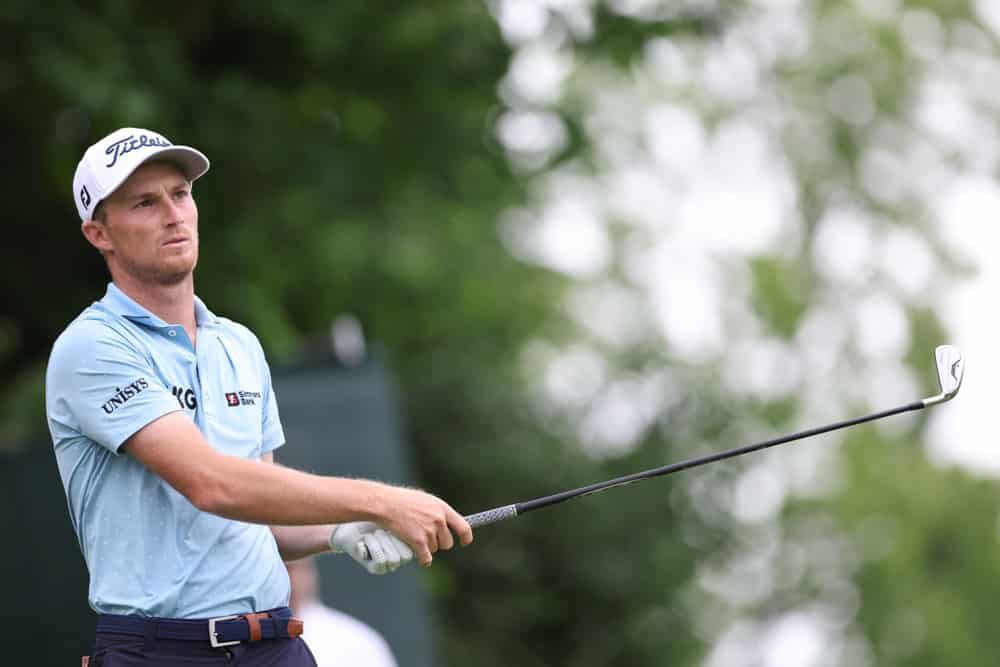 It’s been an awesome first half of the year on the PGA Tour. And we continue with the fun for the 2022 US Open. The United States Open is the premier major of the year and consistently provides elite winners, awesome golf courses, and dramatic finishes. The 2022 US Open is a fantastic opportunity to play DFS.

In midst of the most hectic and headline-producing month in golf, the world’s best will head to Brookline, MA to play The Country Club for the 2022 US Open. The Country Club is one of the five charter clubs which founded the USGA. It was established in 1882, and is rooted in golf history. It will also provide a difficult test for the best golfers in the world.

Golf has actually been front-page news, and everything is going to come together at Brookline. Phil Mickelson, Dustin Johnson,  and Bryson DeChambeau caused quite a stir as they jumped ship to the newly founded LIV Golf League. Though banned on the PGA Tour, they will tee it up alongside their former peers this week. The US Open may be one of the few opportunities we see LIV golfers compete against PGA Tour stars.

The Country Club will test every single aspect of the game. Playing as a 7,200-yard Par 70, it is not the longest test of golf. But it will be more than enough cause some headaches. It has long Par 4’s, narrow fairways, thick rough, tiny undulating greens, and blind tee shots. Quirky is the word you hear everyone use when describing Brookline. And with weather potentially playing a role in the festivities, it could be a chaotic tournament.

If you look at the past 5 winners of the US Open, they all have one thing in common. They are elite drivers of the ball. It is important to focus on elite players off-the-tee. Very rarely do we see as strong of a correlation as we do between US Open winners and performance off-the-tee.

Let’s get into my favorite DFS plays for the 2022 US Open.

Don’t overthink it. Play the best golfer on the planet at discounted ownership in your DFS lineup at the 2022 US Open. While Justin Thomas and Rory suck up all the oxygen in the room, the #1 golfer in the world is being overlooked. Starting lineups with either Rory or JT will be popular options for 2022 US Open DFS lineups. Not only will Scheffler be a pivot play, he might be the better play overall.

Scottie has solidified himself as a difficult golf course specialist. Two of his four wins this year came in difficult scoring tournaments. The playing conditions at The Masters and the Arnold Palmer Invitational were extremely difficult. Plus, he’s already accumulated five Top 10’s in just 8 starts at majors. He thrives for these setups.

Death. Taxes. Will Zalatoris in major championships. I do not see a world in which Zalatoris falls on his face at the 2022 US Open. There are so many trends that point to Zalatoris winning a 2022 US Open.

Zalatoris is the prototypical bomber that have dominated US Open golf courses over the last 5 years. Over the past 50 rounds, Zalatoris ranks 12th in driving distance. And he’s improved his accuracy off the tee. Of the Top 15 longest drivers of the ball, Zalatoris ranks 3rd amongst them in Good Drives Gained. He’s demonstrated the ability to show a good combination of length and accuracy.

Add to it that Zalatoris is lethal with his irons, and he has everything needed to win the US Open. Play the 2022 US Open Champion in your DFS lineup.

Max Homa has solidified himself as someone that can close when it matters on the PGA Tour. Now it’s time to show he can compete on the biggest stages in golf. After struggling in the majors for a few years, Max notched his best finish at a major just a month ago at the PGA Championship. Homa finished 13th while gaining a massive 6.9 strokes with his approach shots.

Max is peaking at the right time. He recently won the Wells Fargo Championship and finished T5 at the Memorial two weeks ago. And Homa ranks as only one of three players on the PGA Tour this season to rank in the Top 20 in both Strokes Gained – Approach and Strokes Gained – Putting. This is a deadly combination when parlayed with his strong off-the-tee skills.

Max will continue his streak of solid play, He’s an excellent DFS golfer at the 2022 US Open.

In my opinion, Davis Riley is the most mispriced golfer for DFS at the 2022 US Open. As such, I expect his ownership to be quite high. But there is a case to be made that he’s primed to become a force a majors for years to come.

In his last 5 starts on the PGA Tour, his worst finish is 13th. That came at the PGA Championship. In that tournament, Riley gained a staggering 11.4 strokes Ball Striking in difficult major conditions. He then followed it up the next week with a 4th place finish at Colonial and had a shot to win it on the Back Nine. And over his last 12 rounds, no one has hit their irons better than Davis Riley has.

He should be well rested after a much needed week off. Play a fresh Davis Riley in your DFS lineup at the 2022 US Open.

This is a dicey pick. I’ve put my faith in Mackenzie Hughes many times before, and he has burned me just as many times. However, I am going right back to him in all my DFS lineups at the 2022 US Open.

Mackenzie Hughes has some US Open pedigree. He played great at the 2022 US Open and was even in the final group on Sunday. He held his own on Sunday until his ball got lodged in a tree on the Back Nine. But If he can contend at the US open after 5 straight missed cuts like he did last year, he can certainly make it through the weekend this week when he’s shown some good recent form. Pick Hughes as the final man in your DFS lineups at the 2022 US Open.