The 2022 Triple Crown wraps up on Saturday with the 1 mile 4 furlong Belmont Stakes in New York. There’ll be no Triple Crown winner this year, as surprise Kentucky Derby winner Rich Strike swerved the Preakness to come here a fresh horse. The field is small but still represents a fascinating betting opportunity.

We The People 5/2 – Won easily last time over 9 furlongs in the Peter Pan, bouncing back from a poor effort in the Arkansas Derby. That win was on a sealed wet surface. There are too many question marks here for me, including the horse’s temperament, to want to get involved at this short a price. Pass.

Mo Donegal 5/2 – Has the form in the book from running down Preakness winner Early Voting in the Wood Memorial. Didn’t have a straightforward trip in the Derby and has always looked like he wants the extra distance that is today’s trip. He has two Graded wins at this track and Todd Pletcher will have him ready. Versatile tactically, Mo Donegal is my idea of the winner.

Rich Strike 4/1 – The Derby winner (pictured) will not be 80/1 today. He took advantage of everything falling his way to land the Roses at Churchill that day, but that’s not the horse’s fault and the clockers will tell you he’s been working like a machine. His pedigree points to the extra distance being no problem. The main concern for Rich Strike is the pace of the race, as he’s very unlikely to have those cut-throat early fractions to aim at this time around. I like him, but he’s maybe had his day in the sun. 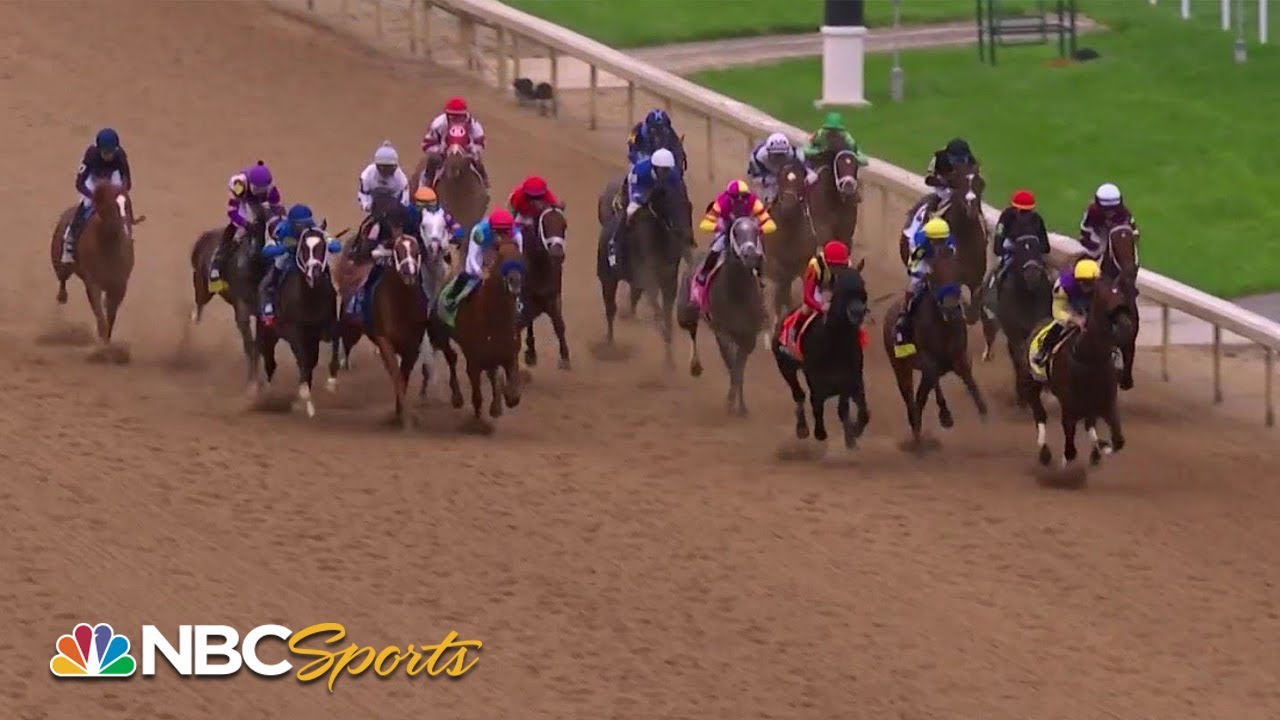 Creative Minister 13/2 – Lightly raced type who finished third in the Preakness. Has the pedigree to get the trip and trainer Ken McPeek has won this race before. Although he didn’t run in the Derby, he did run on the undercard that day so has had a relatively busy schedule. I like his profile, he’s unexposed, but I think one or two will be better.

Nest 8/1 – The Kentucky Oaks second is the only filly in the field. The Todd Pletcher inmate should relish the step up in trip and her form looks comparable to the colts. Only two fillies have won this race from 23 that have tried, however, so she was the weight of history to defy. I think that she can run into the places.

Barber Road 12/1 – Consistent type who overcame wide run in the Kentucky Derby to finish sixth. He actually ran a very similar race to Mo Donegal that day. The two were together at many points in the race, so if you fancy Mo, there’s no reason Barber Road shouldn’t be far away. Get him in your exotics.

Skippylongstocking 25/1 – I liked his chances at a fancy price in The Preakness, however, he disappointed. I get the feeling that he’s just not that good. The small field won’t suit either, leaving him exposed as an also-ran.

Golden Glider 33/1 – Couldn’t live with We The People last time and there’s nothing to suggest he’s going to turn that form around. Has never run a speed figure good enough to see him get competitive here.

If We The People gets to the front and runs away with it I’m going to look foolish. Rich Strike has red flags in a few boxes, but the trackmen are saying that he looks like the real deal. I can’t get away from him needing that strong pace, however, and for that reason, I’ll pass him over. Mo Donegal didn’t get the run of the race at Churchill Downs, but before that, I like his form and potential to get this trip. I think he wins. Nest is another who wants every inch of this 12-furlong trip and she’ll be nearest at the finish. Barber Road can fill out the places.