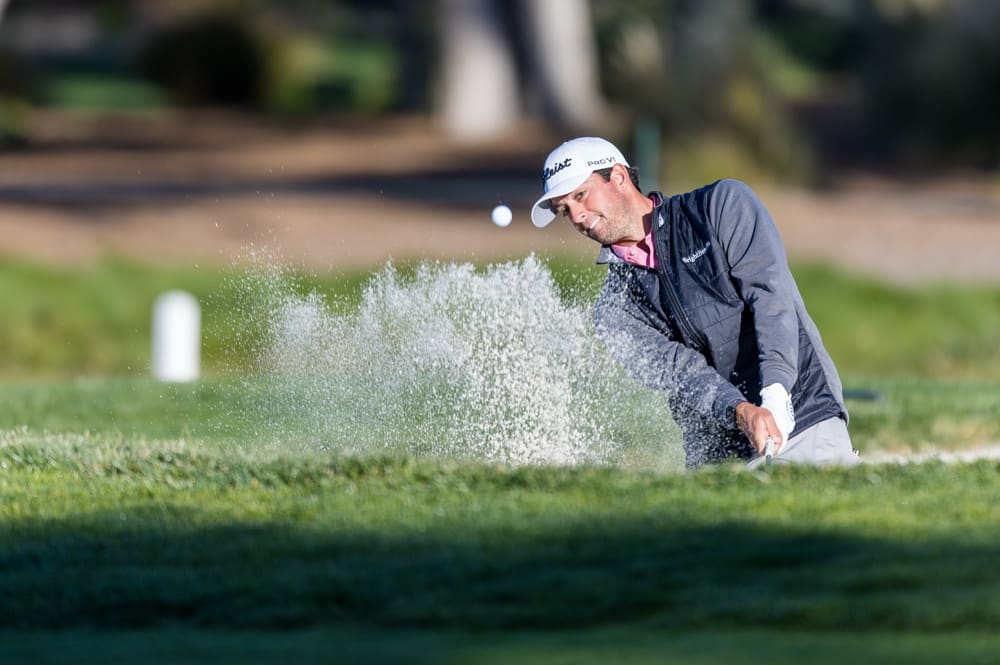 Grab some Advil and water. It is officially a major championship hangover week! With the highs and lows of the PGA Championship over, we are forced to move on to just a regular PGA Tour event. This week we’ll break down the best DFS strategies for the 2022 Charles Schwab Challenge.

We head just a few hours away to Fort Worth, TX for the longest standing event on the PGA Tour. The Charles Schwab Challenge, under many iterations, was established in 1946. And while this isn’t a major, it won’t be a cake walk either. Not only do we have an interesting and difficult golf course, the field in 2022 is pretty good. Headlining the field is Scottie Scheffler, reigning PGA Champion Justin Thomas, local hero Jordan Spieth and Collin Morikawa.

The Charles Schwab Challenge is held at Colonial Country Club. Like Southern Hills, Colonial Country Club is a Perry Maxwell design that has proven to be a difficult test for professionals. Its features include tight doglegged fairways, small undulating Bentgrass greens, and thick Bermuda rough.

There are many defenses to Colonial Country Club, but length isn’t one of them. It plays at just over 7,200 yards and is a Par 70. That’s not an overwhelming scorecard yardage. However, it has yielded a winning score in the mid to low teens over the past few years. Don’t expect another birdie fest like the last time the PGA Tour visited a Texas golf course.

I am looking for fairway finders, golfers that are good with short to mid irons and putt well on Bentgrass greens. With that said, let’s get into our favorite DFS plays for the 2022 Charles Schwab Challenge.

Anchoring my DFS lineup with Collin Morikawa is a no brainer. He is undoubtedly one of the best iron players in the world, especially with his short to mid irons. Morikawa ranks 6th in Strokes Gained – Approach over the past 24 rounds and 4th in Ball-Striking. He is the quintessential ball striker that excels at Colonial Country Club.

In addition, Morikawa should have already secured a win at Colonial. In 2020, he missed a 6-foot birdie putt to force a playoff. On the second hole of the playoff, he proceeded to miss a 3 feet par putt to lose the event to Daniel Berger. Morikawa has unfinished business at the golf course. He should have a chip on his shoulder this week.

Last week, Justin Thomas broke a winless streak. This week, it’s Morikawa’s turn. He is due for a spike putting week, and if that happens he will be in contention. While most will gravitate towards Spieth above $10,000, pivot to Morikawa instead. He’s a great leverage play in DFS at the 2022 Charles Schwab Challenge.

There’s some risk behind Sungjae Im this week. He is fresh off a bout with COVID that landed him in South Korean quarantine protocols. But given his immense talent and the expected low ownership, I’m willing to give him a shot in my DFS lineup at the 2022 Charles Schwab Challenge.

Prior to COVID, Sungjae had regained some form. After a bit of a lull in the middle of the season, he played excellent at The Masters. He then backed it up with a stellar ball-striking performance at the RBC Heritage. That week, he gained 9.8 strokes with his ball-striking. He would have been a great fit at Southern Hills to try and capture his first career major. However, we’ll forever wonder “what if”.

Obviously, we’re guessing with what type of form he’ll have off of COVID. There are examples of players who didn’t miss a beat, and others who struggled in their first few tournaments back. But given his low ownership and the great play before COVID, I’m using him in all my DFS lineups for the 2022 Charles Schwab Challenge.

Davis Riley is my favorite play on the board. After a slow start to his rookie season, he’s trending up. In his last three starts, Riley has finished of 5th, 8th and 13th. And they were all on different types of golf courses. The Mexico Open was a bombers paradise. The AT&T Byron Nelson was a birdie fest. And the PGA Championship was a difficult major test. Plus, he’s not that far removed from a playoff loss to Sam Burns at the Valspar Championship. Things are clicking for him.

A big reason why he’s having some great showings is his ball-striking. That’s apparent from his rolling reports of ball-striking numbers. Over the past 24 rounds, Riley has risen from 48th in Ball-Striking to 3rd in that metric. Some massive ball-striking performances recently has seen him shoot up that metric.

Everyone gushed over Cam Young’s performance at the PGA Championship. But Davis showed that he belongs in the conversation for PGA Tour Rookie of the Year too. And this week, he could become the second rookie to win on the PGA Tour this season. Davis is a stellar DFS play at the 2022 Charles Schwab Challenge.

Of everyone in my lineup, I expect Munoz to garner this highest ownership. He is a great DFS play this week, but I expect many to share that opinion.

Munoz got off the block fast at the AT&T Byron Nelson to secure the first round lead. He went on to finish Top 5 in the event. The performance shows that he can contend on a Texas Bentgrass golf course. He then backed that up with a solid ball-striking performance at the PGA Championship. Last week, he gained 3.2 strokes with his approach shots.

Munoz has been very close to grabbing another victory on the PGA Tour over the last year. That’s very much in play this week at the 2022 Charles Schwab Challenge.

Denny can shine this week at Colonial because he’s a tremendous putter. That’s a dangerous statement to make because putting is so volatile. But that’s probably the reason why he’s currently on an epic-made cut streak. Denny McCarthy hasn’t missed a cut in an individual stroke play event since the WM Phoenix Open in February. And before that, his last missed cut came in October 2021.

McCarthy processes the upside for a high finish while also providing a safe floor with his propensity to make weekends. And he’s not just cashing checks on Friday and mailing in the weekend. He’s had some good finishes too. He has two Top 25 finishes in his last 5 starts. And he’s had another six Top 20 finishes this year on the PGA Tour.

It’s incredibly valuable anytime you play someone under $7,000 and they make the cut. It helps tremendously towards getting a 6/6 lineup. Denny McCarthy will help you do that for your DFS lineup at the 2022 Charles Schwab Challenge.