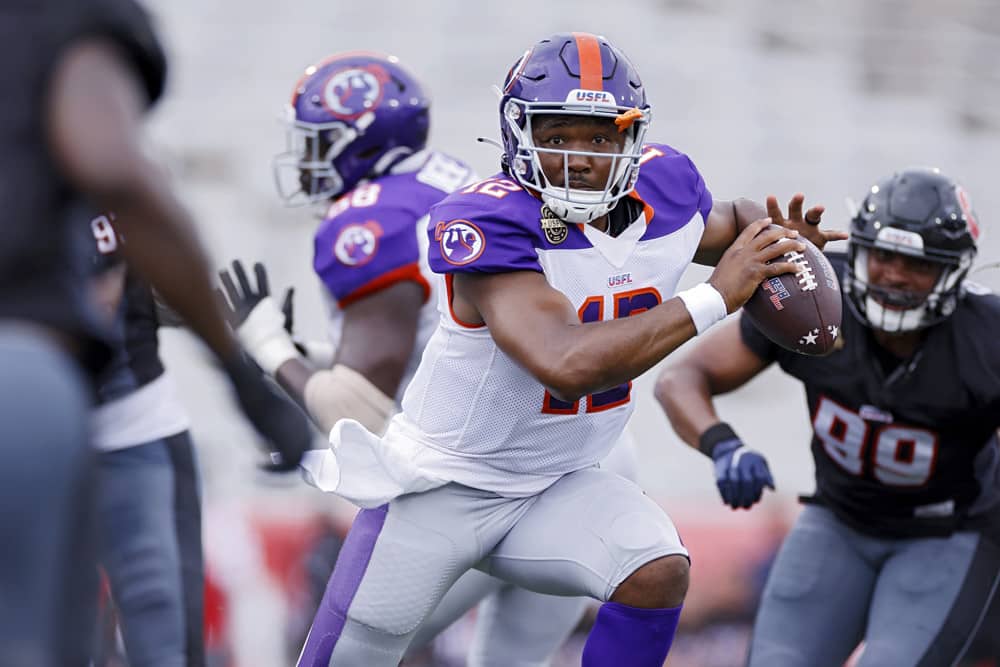 Welcome to Episode 93 of the SGPN Fantasy Football Podcast! This week, Rod Villagomez welcomes Justin Mark to the show. Justin and Rod recap the fifth week of the United States Football League and give you some USFL Fantasy Football Week 6 Start or Sit advice.

Can Bug Howard find the same rhythm with Case Cookus as he had with Bryan Scott and be one of the league’s top pass catchers again? Has Vad Lee just won himself a starting quarterback job with the Pittsburgh Maulers? Will Dalyn Dawkins get more work in the Houston backfield as the carries continue to pile up for Mark Thompson? Did La’Michael Pettway just become the hottest name in the league at the tight end position? Which Week 5 fantasy standouts should be available for you on this week’s waiver wire? Justin and Rod give you their thoughts on these USFL Fantasy Football Week 6 Start or Sit questions in this week’s episode.