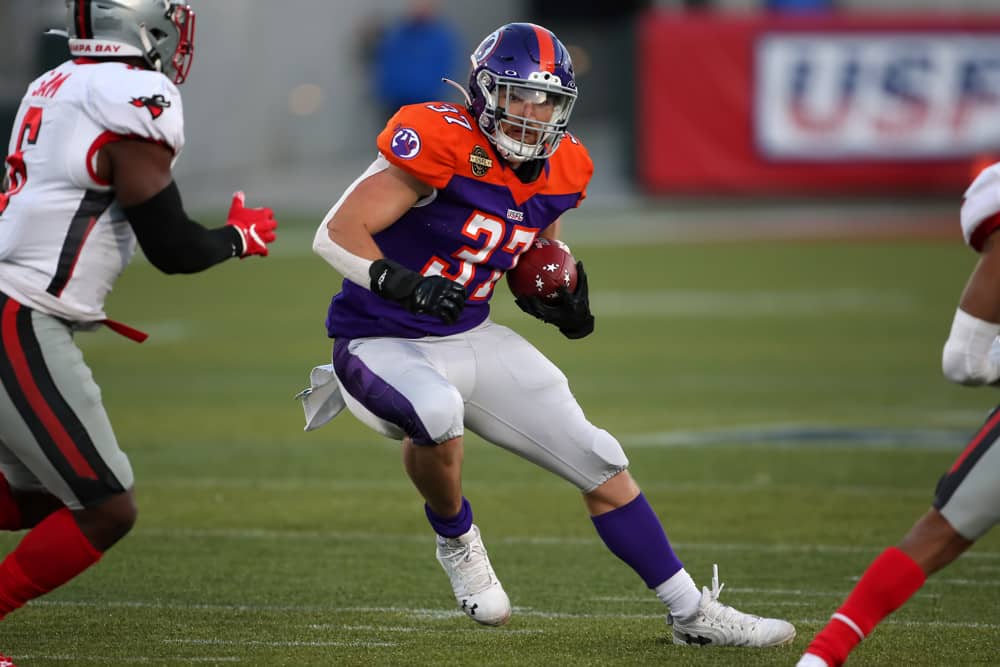 The Pittsburgh Maulers were so close to pulling off an upset.  In a game that saw multiple trick plays end in success, and a 59-yard field goal made, they just couldn’t finish the job and missed the potential game-winning field goal.  Their punter threw a successful pass.  Their kicker threw a touchdown.  They finally ran the ball well.  They did everything they could except finishing the job and ended in another disappointing finish.  Kirby Wilson and his team will limp into the last week with many improvements to be made before next year.  For now, though, this is the team Pittsburgh has.  Here’s a look at the updated Pittsburgh Maulers depth chart and stats.

The quarterback carousel continues in Pittsburgh.  While Roland Rivers did throw three passes, they were all incompletions.  It was then the Vad Lee show.  Lee didn’t do terrible but didn’t do anything extraordinary either.  He finished the day completing 17 out of 28 passes for 146 yards.  He had one touchdown throw but threw three interceptions.  This roster has a lot of questions, but quarterback seems to be the biggest.  Vad Lee threw as many touchdown passes as kicker Ramiz Ahmed did.  Who leads the Pittsburgh Maulers depth chart going into Week 10 is anybody’s guess.

This was a work of art 🖼 https://t.co/cTEhENtGVL

Finally, Garret Groshek was able to move the ball on each carry.  He averaged 4.4 yards per carry, which is his best all season and tops his season average of 3.0.  He ran the ball 11 times while Madre London ran it nine times.  London finished with a 3.8-yard average.  Neither rushed for more than 50 yards though.  James Gilbert got in the action for the first time this season as well but carried the ball eight times for only 10 yards.  Groshek continues to get the most carries on the Pittsburgh Maulers depth chart.  Props to the Maulers for continuing to grind the ball though.  This was the first game it looked like they might actually be having some fun.

Multiple receivers contributed on Sunday for the Maulers.  Fairly new to the Pittsburgh Maulers depth chart, Jalen McCleskey was targeted the most.  He had six targets and caught four of them for 46 yards.  Lead target-share receiver Tre Walker had four targets and caught two of them for 30 yards including a touchdown.  Delvon Hardaway disappeared, only being targeted three times converting one for five yards.  Isaiah Hennie had two catches for 11 yards on four targets and lost one tooth.  The quarterback play and inconsistency continue to make it hard for this group to do much.

.@bambinotre secures the TD to put us back on top‼️🔨

Hunter Thedford continues to be the main tight end on the Pittsburgh Maulers depth chart though Artayvious Lynn continues to remain involved.  It was nice to see Matt Seybert get some playing time after rehabbing his MCL since after Week 2.  Thedford led the team in receiving with fifty yards, including a pass from the punter.