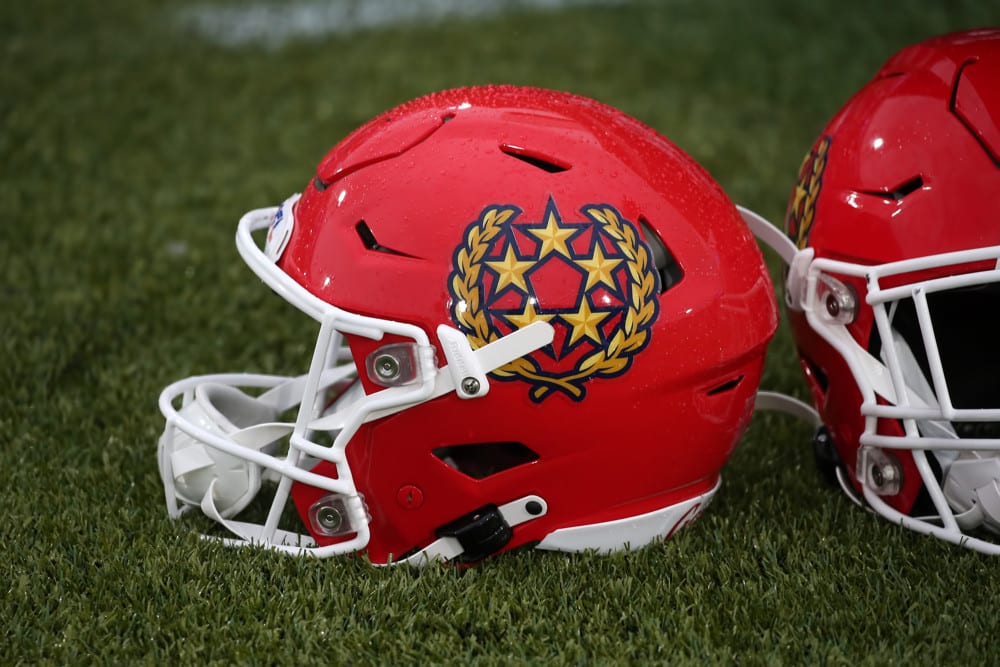 We have nine weeks in the books now for the new USFL. The 2022 USFL season has truly been a quality product and I hope it is here to stay.  Let’s take a look at the updated New Jersey Generals depth chart.

We now have a depth chart for the New Jersey Generals and will continue to update it as the season goes on week by week. Make sure to check back every week for updates as certain players emerge and rise on each depth chart and some players fall. DeAndre Johnson is the QB to own on the Generals when healthy but Luis Perez has been playing exceptionally well in his absence.  Below you will find each offensive skill positional group broken down by positions, each player’s statistics, and fantasy points through four weeks. Make sure to check back each week for updates and changes.

DeAndre Johnson got back on the field in Week 9 but Luis Perez still saw the majority of the work under center. Johnson completed five passes on eight attempts for 60 yards and one interception. Perez completed 10 passes on 16 attempts for 92 yards and a touchdown. Neither quarterback really lit it up through the air but the Generals did just enough to win the game. Johnson was unable to get anything going on the ground with only 4 yards on 5 attempts.

The quarterback situation becomes a little messy if you are relying on one of them during your week 10 fantasy championship matchup. I would steer clear of these two if possible, given how volatile their production can be. If you are backed into a corner, I would favor starting Perez over Johnson.  The New Jersey Generals depth chart utilizes both quarterbacks in different situations.

Darius Victor exploded onto the scene this season and became the model for what a star running back looks like in the USFL. The Generals have utilized Victor’s bruising style in the goal line all season long and he has nine rushing touchdowns to prove it. Victor took a step back last week and only received seven carries and 19 yards. He also managed two catches for five yards. Trey Williams received the majority of the work in Week 9 and put together a nice day with 11 carries for 62 yards. Going forward both Victor and Trey Williams are must-starts in season-long fantasy and could be key pieces to winning a championship. They are great options in daily fantasy contests as well, however, Victor still leads the New Jersey Generals depth chart.

Kavontae Turpin is the highest-scoring fantasy USFL wide receiver in the league through nine weeks. He will likely end the season leading the pack and likely as one of the highest scoring players in the league at any position. He has been a monster since the season started and has kept the top spot at receiver on the New Jersey Generals depth chart.

Turpin gets involved in every aspect of the game through the air, on the ground, and on special teams. Last week, he managed three catches for 28 yards and one carry for negative one yards. Turpin had a slow day on the offensive side of the ball but managed to salvage his fantasy day by returning a 71-yard punt for a touchdown. This is the kind of upside you can expect from Turpin every week. Darrius Sheppard was the standout performer of Week 9 with eight catches, 99 yards, and a touchdown.

.@ShannonSharpe and @RealSkipBayless react to the first ever punt return for a TD in the @USFL by @KaVontaeTurpin:

Shannon: "It's Turpin time! You know that guy."

Skip: "He haunted my Sooners. He's so electric."

Shannon: "I believe he'll be in someone's camp this summer." pic.twitter.com/51xMk2cFCl

The New Jersey Generals depth chart at tight end continues to be a bit of a no-show each week. Last week, Bowman and Brandom each managed one catch. Neither are really impacting the game through the air and this should not be too surprising given the Generals’ run-first approach. Both tight ends should be avoided for fantasy purposes.