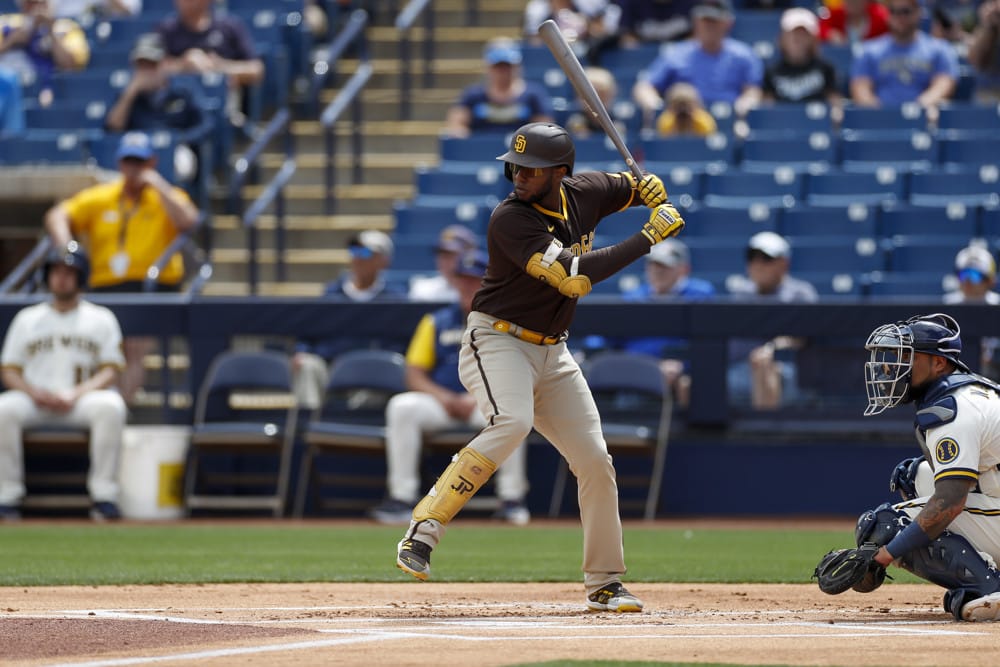 Since we’ve already spilled a lot of digital ink on pitchers this season (here, and here) I’m limiting this to hitters.

30-year-old journeyman Ji-Man Choi currently has an OPS of 1.654. That’s totally sustainable, right?! Ok, maybe not, as an 0-3 day today will drop it a bit. However, he is still batting cleanup for Tampa Bay so he’s getting opportunities. But we don’t need him to sustain this level of play for the whole season – we can ride the wave while it is still cresting, then bail when he inevitably comes crashing back down to earth. Sounds like a plan.

The first thing that jumps off the screen is the eligibility at three positions, something I’m always on the lookout for. Could this be a bounce-back year for Jurickson Profar after a disastrous 2021 in San Diego? Perhaps. He probably is more likely to just be on a power surge to start the season, however it is worth noting he knocked 20 balls out of the park in both 2017 and 2018, so maybe he’s reverting back to that form. If you’re looking for a utility player, you could do a lot worse at this point.

It’s being speculated that Chad Pinder is playing so well for Oakland he’s doomed to be traded to a better club where he won’t be batting in the middle of the lineup as he’s been doing for the A’s. But, until that time, you may want to roster him. Including today’s game against the Jays, he’s got a hit in four straight, and six of seven. And hitting in the heart of the lineup has allowed him to goose up his RBI numbers

Three straight multi-hit games, and five in six games, have rocketed Jesus Sanchez up the fantasy ranks this season. Yet still less than half the fantasy players out there have snatched him off of waivers. The 24-year-old showed promise last season, belting 14 home runs in only 64 games, with a .808 OPS, so this early season production might be sustainable.

Catcher is always a difficult position to fill with a quality bat, so it’s surprising that Sean Murphy is currently available on two-thirds of the fantasy baseball waiver wires out there. He hit 17 home runs last year, which is nice for a catcher, but he’s really turned things up this season. He’s had a hit in five straight games, with two hits in three of them.

The batting average is abysmal, but Thairo Estrada is taking advantage of Evan Longoria‘s absence and is raking for the Giants. Not included in the statline above is today’s production, where he went 2-4 with a home run and four RBIs. Only 26, and finally getting regular playing time, Estrada could be a breakthrough player this season.