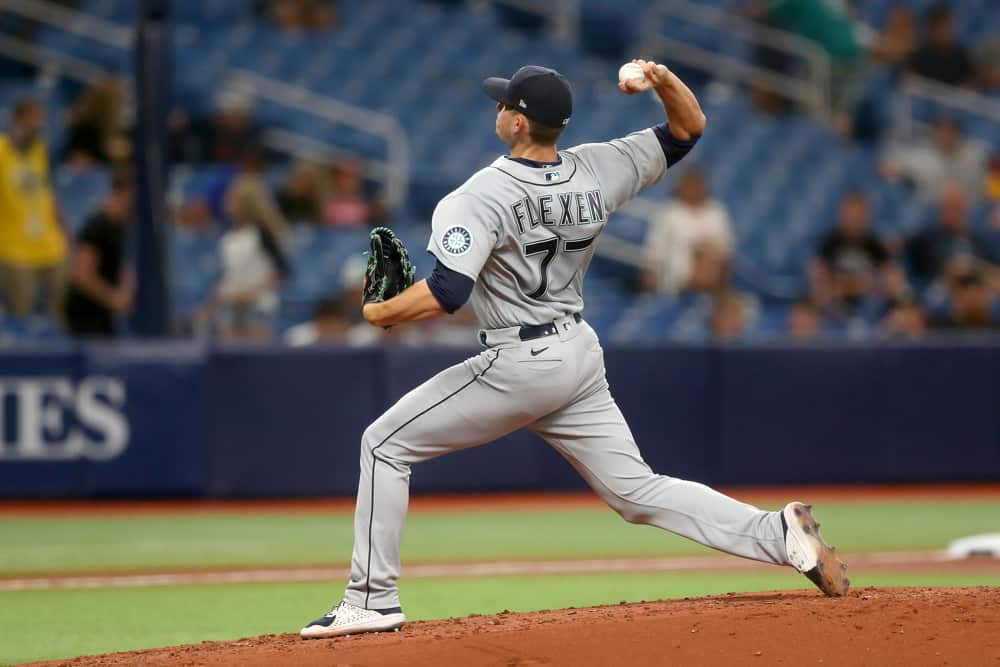 We’re one week in to the fantasy baseball season and you’re already looking for some streaming pitcher options to get you through the week. We’re not judging. It happens to the best of us. Lucky for you, we have five guys poised for a big week this week and they are all highly available to stream.

I was already in on Elieser Hernandez as a sleeper for this year thanks to his strikeout numbers. We saw a little uptick last year in the walk totals and I’m hoping that might come back down. Lucky for him he just happens to be opening the week with a great matchup in the Angels. The Angels struck out a combined 25 times in their first three games. Pair that with getting the underwhelming Phillies lineup later in the week and this is a two-start streaming pitcher that you should scoop now.

I’m a little lower on Ynoa for this upcoming week than Hernandez – mostly because his second start is going to come against the Padres. However, I still like him as one of the streaming pitcher options for this week thanks to his ridiculous strikeout rate early in last season. He sat 34 guys down in just over 26 innings, and that for me is something I hope we see return. Even if he’s not all the way back to that form, he’d need to do just a fraction of that to be worth a stream this week.

Chris Flexen is not one of the sexy streaming pitchers like a lot of these other ones I will mention or already have. He isn’t loaded down with strikeouts, nor does he have a particularly easy schedule ahead of him this week (Twins and Astros). However, what he does have is a 2021 resume that includes just a 3.61 ERA and the ability to really limit walks. It’s sort of surprising that anybody with that line last year is as available as he is for a stream here.

Martinez’s second start this week will actually be against another of our streaming pitchers – Huascar Ynoa. While I may not love that matchup, you have to like just about everything else about Martinez. He’s a guy, like Flexen, who is coming back from pitching overseas. His stats over in Japan were incredible, and the Padres gave him a fat contract for it. If you’re looking for innings this week, Martinez may be your best streaming option.

Sadly, Rich Hill is our only play this week that isn’t going to get two starts. However, he might even wind up being more than a streaming pitcher option when all is said and done. Despite his age, he continues to get people out. Last year he posted a sub-4 ERA and he faces the Tigers early in the week here. They may be improved with Javier Baez aboard, but they are still a beatable lineup.

Make sure to check out all the great MLB coverage we have to offer and be sure to listen to the MLB Gambling Podcast, which airs multiple times a week. This week the guys are breaking down all the best plays for the coming days, including some info on streaming pitchers and what they might do for you.