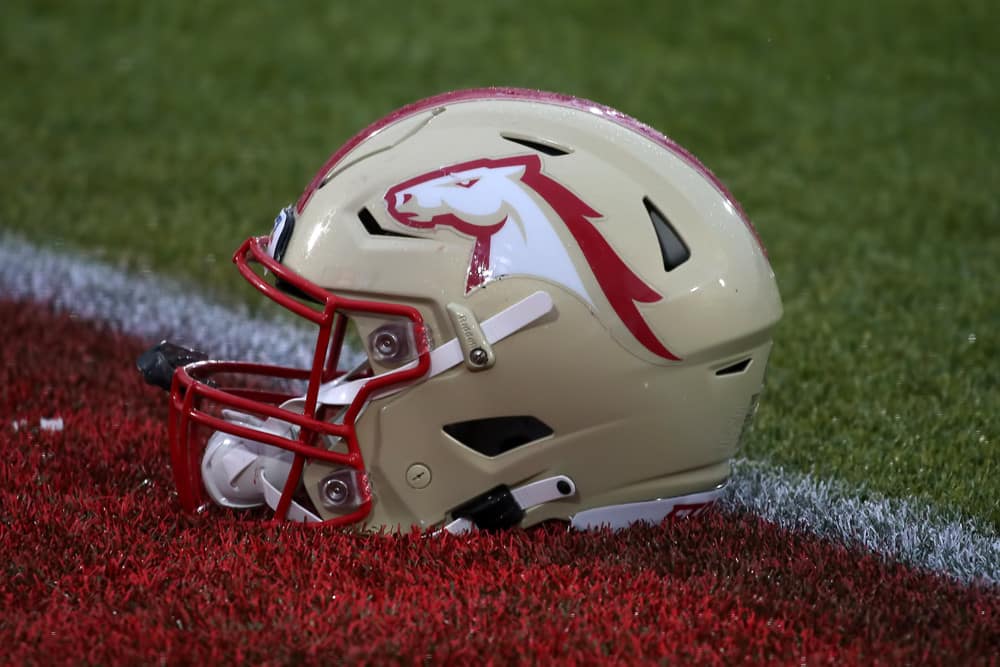 So they are all human after all. The Stallions finally lost. Sitting at 8-1, the Stallions are tied for the best record in the USFL.  Since J’Mar Smith has taken over as the lead signal-caller they have really hit their stride. The Stallions have been far from perfect since the beginning of the USFL season but have found ways to win each and every week.  Let’s take a look at the updated Birmingham Stallions depth chart and stats.

We continue to track the Birmingham Stallions depth chart and stats. Make sure to check back every week for updates as certain players emerge and rise on each depth chart and some players fall. Below you will find each offensive skill positional group broken down by position and each player’s performance through four weeks. In addition, we break down how many fantasy points each player has scored thus far. Make sure to check back each week for updates and changes.

RT if your team is a Regular Season Division Champ! 🙌 pic.twitter.com/bEwadAfCQC

In a game that surely lost USFL bettors a lot of money, the Stallions managed to lose to the lowly Gamblers 17-15. Smith bounced back into form last week and continues to prove he is in the upper tier of USFL quarterbacks. In Week 9, Smith completed 68.3% of his passes for 260 yards for one touchdown and one interception. The Stallions moved the ball more through the air than on the ground in Week 9 which bodes well for those hoping Smith continues to produce in Week 10 and the playoffs. Even though Smith has occasionally been inconsistent, he is still the second highest-scoring fantasy quarterback in the USFL. Start Smith with confidence in your championship (Week 10) matchups and in DFS contests as he leads the Birmingham Stallions depth chart.

The Stallions have seen a slight dip in their rushing production in recent weeks. The screaming hot start Scarbrough got off to has definitely cooled a bit. That being said, Scarbrough is still at the top of the Birmingham Stallions depth chart for the foreseeable future. They love his bruising downhill running style. When Scarbrough picks up a head of steam and reaches the second level, he is a monster to take down. For weekly and daily fantasy purposes Scarbrough is one of the better backs to own and start on a weekly basis. He is guaranteed to see a large volume and get goal-line work. He had a bit of a letdown performance in Week 9 but I would not be shocked to see him bounce back in Week 10. CJ Marable is still a flex-worthy play as the Stallions love to utilize his pass-catching and shifty/agile abilities.

Victor Bolden continues to be one of the best receivers in the league, especially in terms of opportunity. Though he has not been the most efficient, his 74 targets ranked second in the league and he has managed that in only eight games. Bolden might be the best receiver in the league to start on a weekly basis that has a guaranteed heavy workload.  He still remains the top wide receiver on the Birmingham Stallions depth chart.

Marlon Williams has quietly become a major weapon for the Stallions in his own right. On 22 fewer targets and 13 fewer receptions, Williams has managed more receiving yards and more touchdowns than Bolden on the season. Williams has the look of a league winner this week. Williams was targeted 12 times last week, which is two more times than Bolden was targeted. Bolden will continue to get catches but Williams is starting to be involved in the gameplan just as much as Bolden, if not more.

How in the world did @jMar_Smith fit this ball in such a tight window?!

Cary Angeline has surely been a disappointment this season. When the season started he looked like he might be one of the better tight ends in the league and a top target on the Birmingham Stallions depth chart. He was targeted early and often and looked to have a nice connection with J’Mar Smith. Injuries have really derailed a once-promising season for Angeline. Sage Surratt has filled in admirably but you should not expect major production out of the Stallions’ tight end group. Surratt was targeted six times last week but only managed four catches for 31 yards. Tight ends continue to be a thin position and for that reason, Surratt can be considered a fill-in tight end in season-long fantasy.