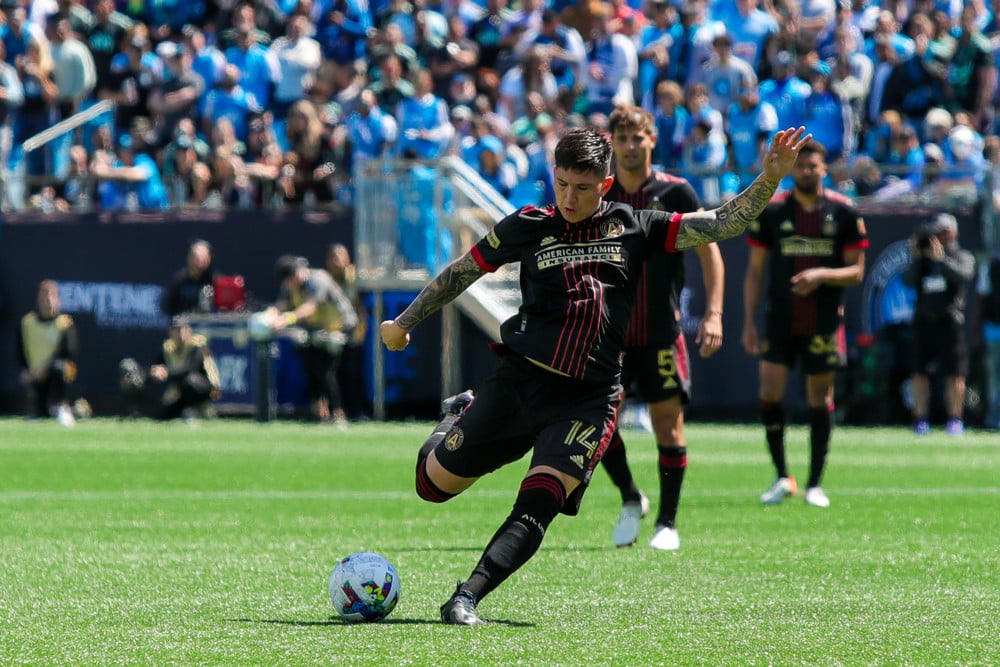 MLS Week 8 Betting Preview and Gambling PicksBack for another weekend of MLS soccer! We had some great value wins last week with our biggest one being Chicharito ATS (Anytime Scorer) at +140! That El Trafico match surely did not disappoint as that rivalry will be excellent to match for many more years to come. Now let’s get into this week’s MLS picks for Week 8!

We’ll start with the home side Montreal who currently sit 9th in their conference with two wins, three losses and one draw. They have not kept a clean sheet all season and have not kept a clean sheet in 8 straight games dating back to last year. Montreal are conceding an average of 2.5 goals a game and are scoring an averaging of 1.83 goals a game. They rank 10th in shots on target per match (4.3), 14th in big chances (10) and are averaging 53.2% possession this season. Defensively it’s a different story, they rank in the bottom of goals conceded per match (2.5), saves per match (2.5), Clearances per match (18) and successful tackles per match (7.3).

All set for our first Canadian clash of the season 🤼 🍁

They are hosting a Vancouver side who has also struggled defensively at times this season. They currently sit 13th in their conference with one win, four loses and one draw. Vancouver have kept two clean sheets this season and are conceding an average of two goals a game (three goals a game on the road). Their offense has been struggling to find anything this season. They are averaging 2.5 shots on target per match, 0.80 goals a game and have created only ONE big chance all year. They hold possession on averaging of 41.8% and rank 18th is touches in final third. There has been nothing in their attack this year and if they can’t get anything against Montreals dead last defense, then I’m not sure what’s in store for them this season.

Houston come into this game having not lost in their last four matches. They are averaging 1.67 goals a match and have not lost at home this season. Houston rank 13th in shots on target per match (4.0), have only created seven big chances but rank in top five in goals scored per match. They have gotten a tad lucky this year with some of their goals as they have scored 10 but have an xG of 7.9. Houston have only kept one clean sheet this season Have no kept one in five straight matches) and are conceding 1.2 goals a game this year. They are averaging 50% possession and rank in the bottom of possession won in the final third (18). These numbers are much better at home as they seem to enjoy playing in front of their fans.

Portland on the other side is sitting in 8th place currently with two wins, two losses, and three draws. They have scored seven goals in their last five matches and are averaging 1.43 goals a game this season. Portland have been awarded two penalties this season and have created 10 big chances as well. They are only holding possession for 46.8% per match and are averaging 3.7 shots on target per match. That ranks 22nd in the league this year.

The home side currently sits in 11th place with two wins, two losses, and one draw. They are scoring and conceding an average of 1.2 goals a game this year. Seattle has yet to keep a clean sheet and has not kept one in their last six but has not lost a match in seven straight matches across all competition. They rank 12th in shots on target per match (4.2) and have only created five big chances so far this year. Seattle rank 4th in saves per match (3.8) and have an average of 48.3% possession so far this year. They have been giving up plenty of opportunities but have been bailed out by their goalkeeping at times.

The visiting Miami CF rank last in their conference (14th) and have also not kept a clean sheet in their last five matches. They have only kept one on the season and are conceding an averaging of 2.5 goals a game. Their attack has only produced six goals in six matches but they currently have an xG of 7.2. It isn’t much of a jump but it tells me that they can produced better offensively then maybe their numbers are showing. They are only averaging 45.1% possession this year per game and only have 18 possessions won in the final 3rd which ranks 27th in the league. This looks like a high-scoring game as we preview MLS Week 8.

H2H Stat: This will be the first meeting between the two sides.

LAFC are coming off their first loss of the season against rival LA Galaxy last week. They still sit atop their conference with four wins, one loss, and one draw. LAFC is averaging 2.33 goals a game and is conceding an average of exactly one goal a game. They are unbeaten in six home matches and are up against a Sporting side who has not won an away match in their last six. Sporting is conceding 1.57 goals a game and are scoring an average of less than one goal a game.

The stats are as you would expect with LAFC leading in just about every category while Sporting who sit at the bottom of the standings are at the bottom of most stats. This one is probably one of my favorite plays of the week as I expect LAFC to come out angry after their first loss and will want to take it to a weak Sporting side. Their most recent meeting saw LAFC win 4-0 at home and since then Sporting has gotten worse while LAFC has improved. This is an easy game to preview heading into MLS Week 8.

H2H Stat: Sporting leads the series four wins to three but as I said, these two teams have gone in opposite directions since then.