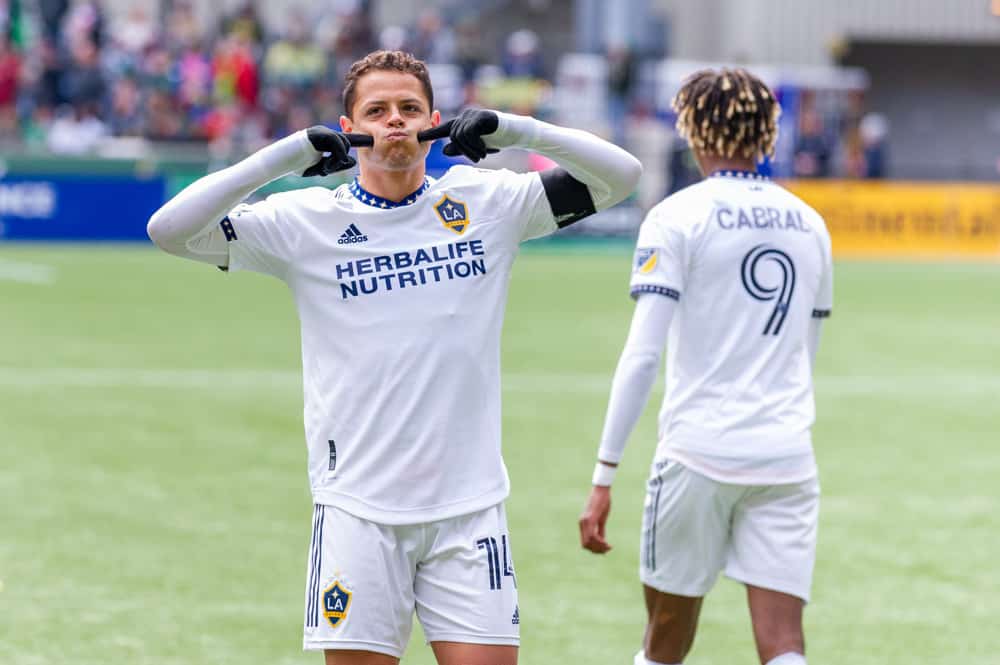 The MLS landscape is starting to come into form as we are now six games into the season. Philadelphia and LAFC are leading their respective conferences. Both sides have also not lost a match this year. On the other side, Inter Miami and San Jose are sitting at the bottom of the standings without a single win. Will that change this week? Lets get into my favorite MLS Week 7 Betting plays for this weekends matches!

We’ll start with the home side Red Bulls: they are currently sitting 4th in the standings and have yet to win at home this season. In the two matches at home they have only scored one goal and have conceded two. They have nine goals on the season with an xG of 10. They rank 1st in shots on target per match (6.6), 1st in big chances (15) and 4th in goals per match with 1.8. Their defense has been solid with only conceding an average of 0.80 goals per match but have only kept one clean sheet in five games this season. One stat that stands out to me in their possession per game average at 38%.

They have been finding their success on the counter and I expect them to have success in this match against Montreal. The visitors come into this match sitting last in their conference but have shown some offensive pop on the road. In their four matches they have scored eight goals but have conceded 12 in those four games. They rank dead last in goals allowed per match (2.8), 24th in tackles per match (7) and 26th in possession won in final 3rd with 17. They average 54% possession per game and are averaging almost two goals a game which is 4th best in MLS. This match seems like it has goals written all over it and thats where (of course) I am going!

Columbus hurt us last week by not getting the win at home against Nashville. They absolutely controlled the match with 67% possession, 19 shots to Nashville’s 6 and produced a 1.66 xG while Nashville had a 0.88 xG. Now they will travel on the road to face a very good Philadelphia side who have been keeping people off the scoreboard. Philadelphia have had three clean sheets this season and are only conceding an average of 0.40 goals per match. They rank 5th in shots on target per match (5), 2nd in big chances (12) and are scoring an average of just under two goals per match.

They are however only averaging 37.2% possession this year while Columbus rank 4th in possession with a 56.2% average per match. Columbus rank 3rd in shots on goal per match with 5.2 and rank 1st in big chances MISSED with 12. They have been very good on the attack but have just not finished once they get balls into the box. I know that Philadelphia have been good this season defensively and I know they have a top goalkeeper (Blake) and I know Columbus burned us last week by not scoring, but I think they can find the net in this MLS Week 7 Betting matchup.

Here we go with the match of the weekend, El Trafico! Chicharitos LA Galaxy host Carlos Vela and Los Angeles FC. Both these teams have been playing very well to start the season and have been an absolute joy to watch. Both teams have kept two clean sheets this season, both are conceding an average of one goal a game and LA Galaxy are averaging 1.4 goals a game while LAFC are averaging a league leading 2.6 goals per match. LAFC rank 2nd in shots on target per match (5.6), 12th in big chances (8) and are averaging 54.3% possession.

Their defense has shown some signs of struggles averaging only 11.4 clearances per match which ranks 25th in conference and 21st in tackles per match with 7.6. LA Galaxy have been underperforming offensively this season having scored seven goals but have an xG of 10.1. They rank 4th in big chances with 12, 11th in shots on target with 4.4 and 3rd in possession with 56.7%. Give me the fireworks in this matchup. It’s going to be a packed house full of crazy fans, celebrities and should be an absolutely electric MLS Week 7 Betting match!

H2H Stat: The last three matches have seen both teams find the back of the net.

Austin FC have been a different team at home as opposed to on the road this season. They have scored 11 goals in three matches at home while only scoring two goals in two matches on the road. Austin FC ranks 8th in shots on target per match (4.6), 5th in big chances(11) and are tied with LAFC for a league leading 2.6 goals per match average. They are averaging almost 55% possession this season (58.7% at home) and rank in the top 10 in accurate passes per match (400.8). They have thrived at home since about the midway point of last season when they finally really started to get into a rhythm and find their identity.

Their fans are some of the loudest in MLS and their stadium is rocking every single games. They will have a tough test though against a very stingy Minnesota team who is conceding less than a goal a game this year. Minnesota’s offense numbers do not look good with only scoring five goals this season in five matches and have an average possession of 46.1%.

They have only had three big chances which ranks 25th and have been saved by their star goalkeeper St. Clair. He has had two clean sheets in the three matches he has started. He has saved one from the spot while recording 15 saves so far this season. He’ll have to be on his A game in this matchup if Minnesota want to have any shot of walking out of Austin with at least a point.

H2H Stat: All three matchups have seen two goals or less (I’ll be going against this stat).