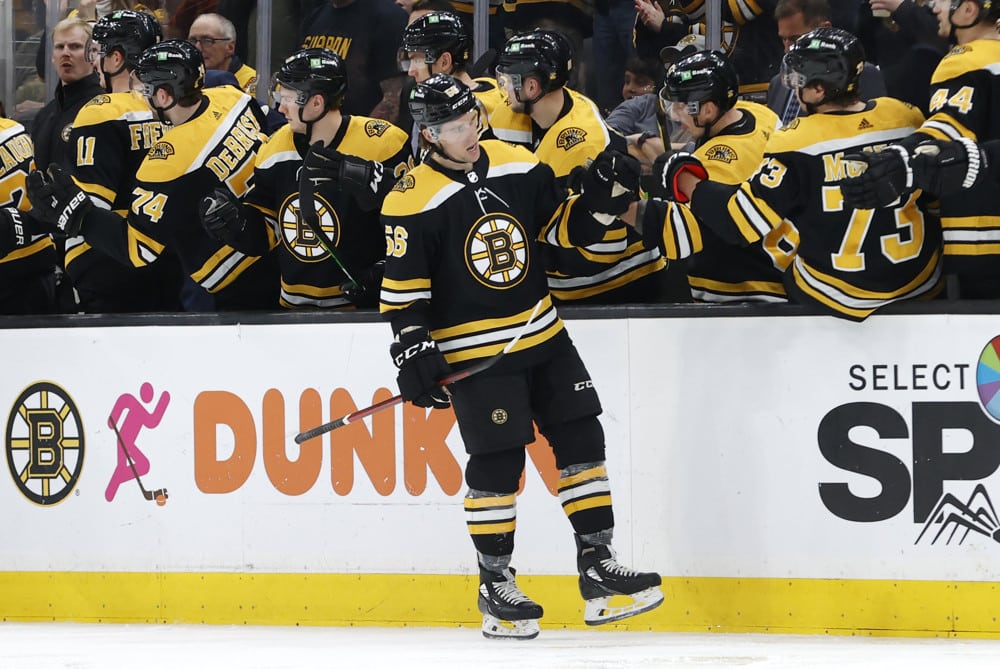 Welcome back to the Fantasy Hockey Playoffs Waiver Wire: Teams to Stream & Best Pickups article! The Fantasy Hockey Playoffs are underway and you need every last point you can get. As always, I’ll be focusing on the teams that play primarily on the lighter nights of the week. I’ll be your guide to help you win your fantasy hockey matchup this week with the best pickups, goalie options, teams to stream, and teams to avoid.

Week 24 has a fairly standard slate of games. There are double-digit games on the typical busy nights (Tuesday 10, Thursday 10, Saturday 12), making Monday (4), Wednesday (5), Friday (5), and Sunday (7) the four nights we’ll be targeting here.

The Lightning are one of the best offensive teams in the league and they play on all four lighter nights this week. If there are Tampa Bay players available in your league, you might want to snatch them up.

Unfortunately, due to Tampa Bay’s potent offense, not many of their players are available in more than half of leagues. However, there are still a few players worth looking at.

Killorn may be available in some of your leagues. He plays on Tampa’s second line and top power-play unit. Killorn has 52 points (21 G, 31 A) in 68 games this season, including three points in his last four games. With four games on lighter nights this week, Killorn should be good for at least a few points.

A player available in most leagues, and possibly worth targeting over Killorn, is Cirelli. The Lightning’s second-line center has been heating up with six points (1 G, 5 A) in his last five games. On the season, he has 38 points (15 G, 23 A) in 63 games.

The Bruins are another top team with four games this week, three of which come on lighter nights. They also have one back-to-back (in Columbus and Detroit) to start the week, so you could look to stream a goalie here.

Hall needs to be rostered. He’s playing on the second line and top power-play unit, and the production is there. If you’re in a shallow league looking for a playoff boost, grab Hall. He has seven points (3 G, 4 A) during his five-game point streak.

Haula is criminally under-rostered, especially given his recent play. The second-line center has 10 points (6 G, 4 A) in his last six games. That production should continue as he plays on a line with Taylor Hall and David Pastrnak. His flexibility as a center and winger adds extra value for Haula on that 10-game Tuesday slate.

DeBrusk is also rostered in 12% of leagues, which seems incredibly low. He’s getting a chance on the top line with Brad Marchand and Patrice Bergeron, and he’s making the most of it. The young winger has six points (4 G, 2 A) during his four-game point streak. Debrusk also plays on the second power-play unit.

Unfortunately, both of these goalies are likely rostered in your league. If they’re not, grab one of them as the Bruins have an easy back-to-back on Monday and Tuesday.

The Blues are another good team to target here with three games on lighter nights and a back-to-back to boot. Unfortunately, the Blues’ top eight players are rostered in more than 70% of leagues. If any of them are available, pick them up. I’ll look at some under-the-radar guys to target this week.

Thomas is a sneaky pickup as St. Louis’ second-line center. He has Pavel Buchnevich and Vladimir Tarasenko as his wingers, giving him plenty of opportunities to pick up points. He also plays on the second power-play unit.

For a guy that plays on the top line and second power-play unit, you’d think Saad would be rostered in more leagues. While he only has 41 points in 64 games on the season, Saad has five points during a four-game point streak. In fact, going back to the middle of March, he has 11 points (3 G, 8 A) in his last 12 games.

Saad should be available in most leagues and could give you that playoff push you need.

The Jets only play three times this week, but all three games are on nights with seven games or fewer –– including Sunday. These guys can help you make that late push.

If Morrissey has somehow gone overlooked in your league, you need to pick him up. The Jets defenseman plays top minutes in all situations, averaging 25 minutes a game over the past few weeks. He has seven points (4 G, 3 A) and 30 shots on goal in his last 10 games. He’ll also help you out in the hits and blocked shots categories.

This is an opportunity play. Stastny is on the top line with Mark Scheifele and Nikolaj Ehlers. He’s also on the second power-play unit. The versatile forward only has 35 points in 59 games, but 13 of those points have come in 18 games since February 27th.

Stastny played over 20 minutes in each of the last two games and should continue to put up some points given his deployment.

Along with the above four teams playing on three or more lighter nights, there are several teams with favorable schedules. If you’re deciding between two similar players, someone on these teams should have the edge.

The Chicago Blackhawks and Vegas Golden Knights only play twice this week.