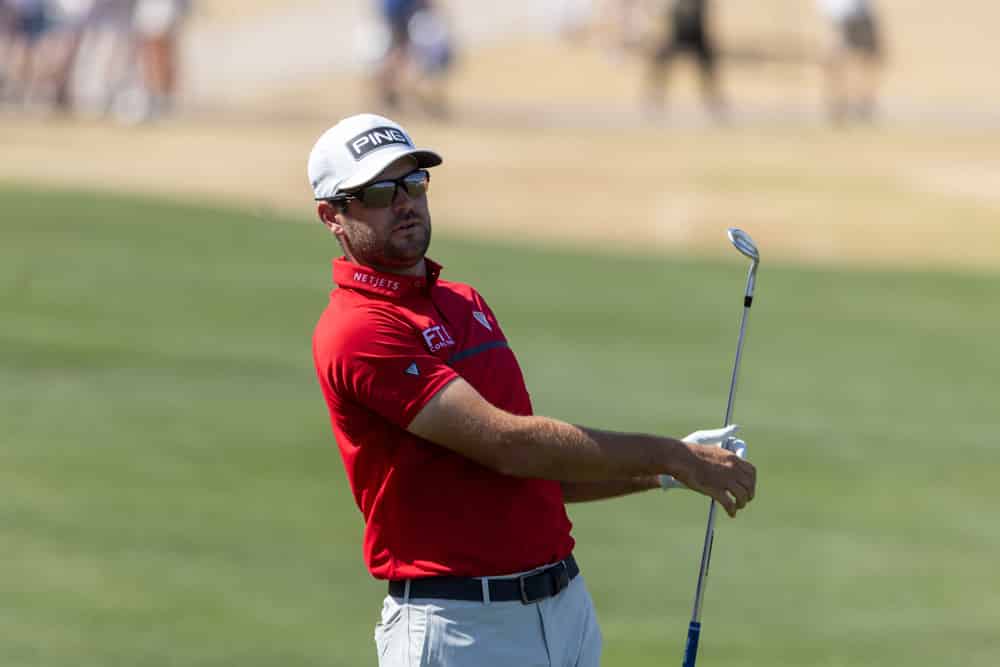 With everyone’s eyes glued to next week as the PGA Tour heads to Augusta National, there is still money to be made with these Valero Texas Open DraftKings picks. In a somewhat forgotten event, with a below-average field, I still believe that this is not a week to ignore.

This event has been held at TPC San Antonio since 2009 and has made for a variety of winners across many different skill sets. TPC San Antonio is a 7,494-yard par 72 that features Bermuda greens overseed with Poa. Also, it was designed by Greg Norman in 2009.

This week’s event is highlighted by elite golfers like Rory McIlroy, defending champion Jordan Spieth, Hideki Matsuyama, and Bryson Dechambeau all looking to get a final prep in before the Masters.

I am looking for inform ball strikers that have shown they can putt well on these types of greens. Golfers that have played well at this course in the past is a huge bonus for me. Many golfers have shown repeated success at this venue and I think it is something to take into consideration this week.

Winner at a TPC course over the summer and San Antonio Resident, Abe Ancer is due for a high finish this week. Coming off a very impressive match play in which he beat world #3 Colin Morikawa, 7&6, I like Ancer in DFS this week.

Ancer had one of the most impressive performances of the match play in which he got out of a star-studded group. These greens are the same as they were last week and he has shown promise on TPC courses before. I think with the guys he is priced around, his ownership will be an advantage to those playing him in your Valero Texas Open DraftKings lineups.

The 2019 Champion of this event, Corey Conners is one of the best ball strikers on tour. Playing some of the best golf of his life, off a third-place finish at the match play, I love Corey this week. As I stated before I am looking for in-form ball-strikers, and he fits that build. 11th at API, gaining 11 strokes tee to green. He then backed that up with a 26th place finish at The Players.

The emotions of watching your husband try to win on the PGA Tour are REAL. 😳

I do not need to sell you on the fact that he can contend on this course as he won this event in 2019 and finished top 14 last year. The biggest factor to me is that he putted so well last week on these same exact greens. Known for his struggles ARG, I will play him at any event I think he can putt well on.

I am looking to play a guy that seems to have his best stuff in the lone star state. Patton Kizzire, who notched a 9th place at this event last year is primed for another high finish. One year ago, he gained a staggering 8.1 strokes on approach and 3.6 putting. There is certainly something about this course that suits his game.

Kizzire also notched a 10th place finish recently at the Phoenix Open. This was another TPC course that featured similar green types. In Texas last year, he went back to back 3rd place finishes at both the Byron Nelson and Charles Schwab. Patton is a great Valero Texas Open DraftKings play this week.

Lee has made 11 straight cuts. That’s right K.H has not missed a cut on the PGA Tour since October. I don’t want to jinx anything but I think that streak will continue this week. Another reason to like Lee this week is that he excels on this course and TPC courses in general.

Winner of the Byron Nelson last year in Texas and First-round leader at TPC Scottsdale just a few months ago, TPC Lee is primed for a high finish. Lee has also finished 23rd and 14th in his last two appearances at this event as further evidence of his success on TPC Courses.

This is a simple misprice of a golfer that has way too much talent to be in this range. Doc Redman is rounding into form right now. Over his past 7 starts, he has only missed two cuts and has shown the potential to contend in events.

The thing that strikes me about Doc is his approach to numbers. He ranks 16th in this field in SG: APP over the past 24 rounds. That is all I need to see from a golfer in this price range that has shown he can make cuts recently.