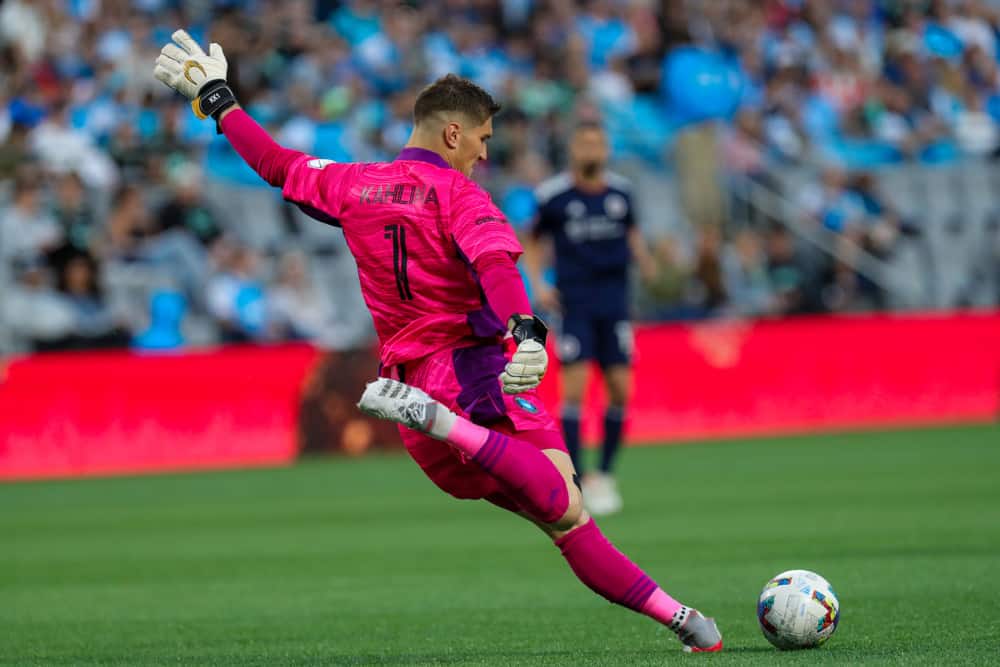 There are only three games this week with the International break going on. Last week saw Real Salt Lake continue to roll this season, Charlotte FC get their first win in franchise history and Atlanta come back to tie 3-3 after being down 3-1 and being reduced to 10 men in the 67th minute. Definitely no shortage of excitement so far this MLS season so let’s get into this week’s MLS Betting & Gambling Picks for Week 5!

As mentioned above, Charlotte is coming off their first win in franchise history and should be riding high coming into this matchup. Cincinnati is coming off back-to-back wins vs Orlando and Inter Miami. In both those matches, Cincinnati has shown that they can create chances, and make them count. They have scored five goals this season but have an xG of 7.7, which obviously tells me that they could be scoring more this season. They rank 12th in Shots on target per match (4.3), 11th in big chances (eight), and are averaging 1.3 goals a game. They are conceding two goals a game while only averaging 43.5% possession so far this season. Charlotte on the other hand has only scored four goals this season, three of them coming off their home victory last game. Their xG is 3.9 so I am excited to see how their offense does coming off a three-goal game and against a team who hasn’t kept a clean sheet yet this season. Charlotte ranks fifth in shots on target per match (5.2) but ranks 16th in big chances (six) and is conceding 1.8 goals a game. They too have not kept a clean sheet this season. I think this matchup should be back and forth, up and down the pitch. I expect both sides to have chances and both defense to be vulnerable on the counter and crosses into the box.

H2H Stat: This is the first meeting between these two teams.

Sporting KC has not looked good this season so far. They are dealing with a bunch of injuries coming into this game so I’ll be interested to see what the staring Xl looks like for them. Salt Lake on the other side is coming in red hot. Winning their last three, they have started the season with three wins and a draw. Sporting has scored only three goals this season, they have an xG of 4.4 and are only averaging 3.1 shots on target per match. They have only created two big chances, they are averaging less than a goal a game and rank in the bottom 20 of just about every defensive stat. It’s still early in the season of course so we can’t jump to any conclusions but this is not the Sporting we saw last year. Salt Lake on the other hand has scored six goals this season, they rank 10th in big chances (eight) and are averaging 1.5 goals a game. They are conceding less than a goal a game (0.8), they have kept two clean sheets, and rank ninth in successful tackles per match (10.5). All stats/signs point to Real winning this match. Vegas disagrees and I hate that this time. I looked into maybe something that would point at Sporting being able to take this match and the only thing I could find was that they did beat Houston at home 1-0 and actually held Houston to absolutely no offensive attack whatsoever. That same Houston team drew with Salt Lake and held them to not much offensive presence at all. It’s hard for me to back Sporting or any sort of result for them in this game given their form to start the season and the players that are listed as doubtful for this match.

Both of these teams have been up and down to start the season. Orlando sits in fifth place with two wins, one loss, and a draw. Portland sits in ninth place with one win, two draws, and a loss. Portland has scored five goals this season with an xG of 5.6 and has only created five big chances in four matches. Their average is 1.3 goals a game, they are conceding 1.8 goals a game and have only kept one clean sheet. They are ranked first in clearances per match with 29.8 which tells me that they are active in the box but do well to make sure not to give up those big chances. Portland ranks 23rd in average possession with 44% and is averaging 3.5 shots on target per match. Orlando has been stellar on defense so far this season. They have three clean sheets and are only conceding an average of 0.5 goals a game. Their offense has not been sharp, only scoring four goals this season with an xG of 3.5. They have yet to score a goal via set-piece and have also only created five big chances so far this year. This one should be a defensive match with Orlando being on the road and the way their defense has shown up so far this year should cause some fits for Portland’s attack.

H2H Stat: Four out of the last five meetings have seen both teams to score hit.