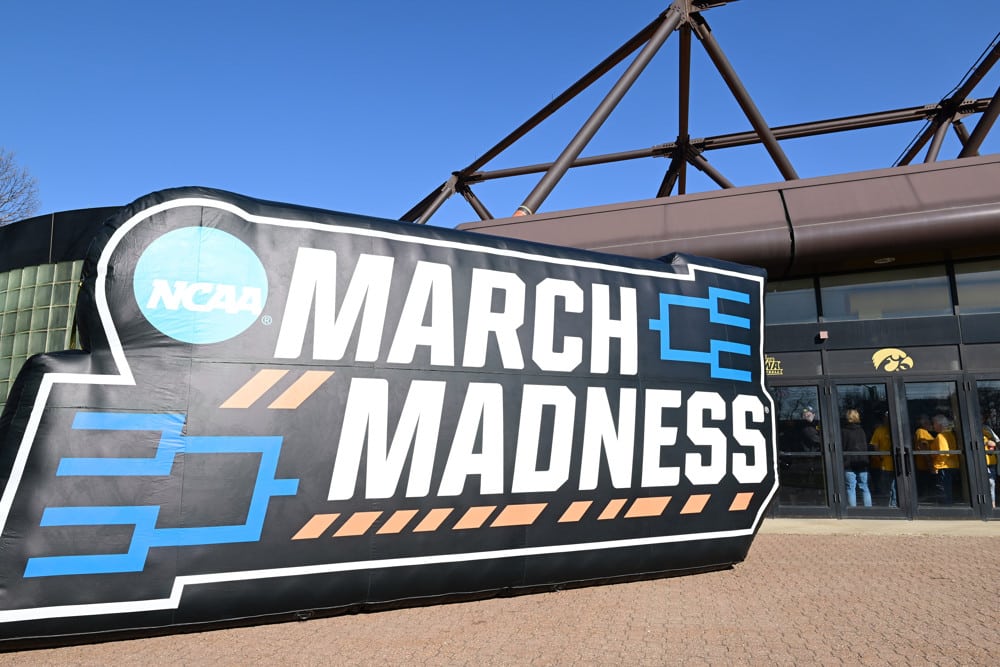 The 2022 NCAA Tournament is finally upon us. The first round provided seven upsets, including #15 Saint Peters over #2 Kentucky. With the 2nd round heading our way for the next two days, I don’t think the upsets will stop there.

With the Madness already underway, make sure you follow along with your printable March Madness Bracket.

Favorite Upsets from First Round

As we mentioned earlier, there were seven upsets (of at least a 2-seed difference) in the 1st Round of the 2022 NCAA Tournament. Of those seven upsets, three came from the #11 vs #6 matchups.

One of my favorite upsets of the First Round was #11 Michigan over #6 Colorado. Michigan found out they were losing their starting Point Guard right before game time due to a concussion suffered in practice. Despite losing their Star PG, they still rallied together, overcame an early deficit, and knocked off Colorado 75-63.

Another upset that shocked everyone and maybe ruined a few brackets was the Kentucky Wild Cats losing to the #15 seed St Peter’s Peacocks 85-79 in an overtime thriller. Per SportingNews.com, Kentuck had the 3rd best odds of winning it all at +732, right behind Gonzaga +329 and Arizona +619.

What To Expect From The Second Round

Over the next few days, the bracket will again eliminate half the field as it goes from a round of 32 to a Sweet 16.

The first game I am looking forward to in the round of 32 is Michigan State vs Duke. These two schools are some of the greatest ever to do it, and it should be a great showdown. Duke is looking for revenge for an Elite 8 loss to the Spartan in 2019. Duke is 6.5 point favorite and has a more talented roster. Duke is led by Paolo Banchero, Wendall Moore Jr, and Mark Williams.

Providence has been one of the luckiest in the nation, #1 luck rating according to Kenpom.com. Providence, again, won a close matchup due to questionable fouls late in that game. Richmond is a veteran team with plenty of talent. The Spiders should be able to hold onto the ball and limit turnovers while keeping Providence off the line defensively and ultimately ending the Friar’s lucky run.

History Suggests that the Second Round has not been too kind to #2 Seeds. More #2 Seeds have been knocked out of the round of 32 than any other round in the tournament. More recently, only twice since 1997 that all four No. 2 seeds advanced to the Sweet 16. We have already seen one #2 Seed go down (Kentucky). Will another go down this weekend? According to BracketResearch, 84% of the time, a #2 seed will lose in this round.

Below is a list of remaining #1, #2, and #3 Seeds odds to win the National Championship.

Gonzaga is led by Chet Holmgren and Drew Timme. Holmgren put up an insane 19 pts, 17 rebounds, and 5 assists line plus 2 steals and 7 blocks in Round 1. The Bulldogs are Kenpom’s #1 ranked offensive team and the country’s 7th ranked defensive squad.

Houston may be the best #5 seed we have ever seen. Many believe that they were under-seeded in this year’s March Madness Tournament.

Houston finished the regular season with a 30-5 record winning 6 of their last 7 games. Their success did not stop there as they cruised through their conference tournament, winning by an average of 17 points. The cougars rank inside the top 15 in Kenpom’s offensive and defensive ratings.

Will is a Sports Betting Analyst for Safest Betting Sites. He enjoys all things MLB, NFL, CFB, and CBB. While he is a fan first, he is always trying to gain an edge on the books to make a little bit of money.