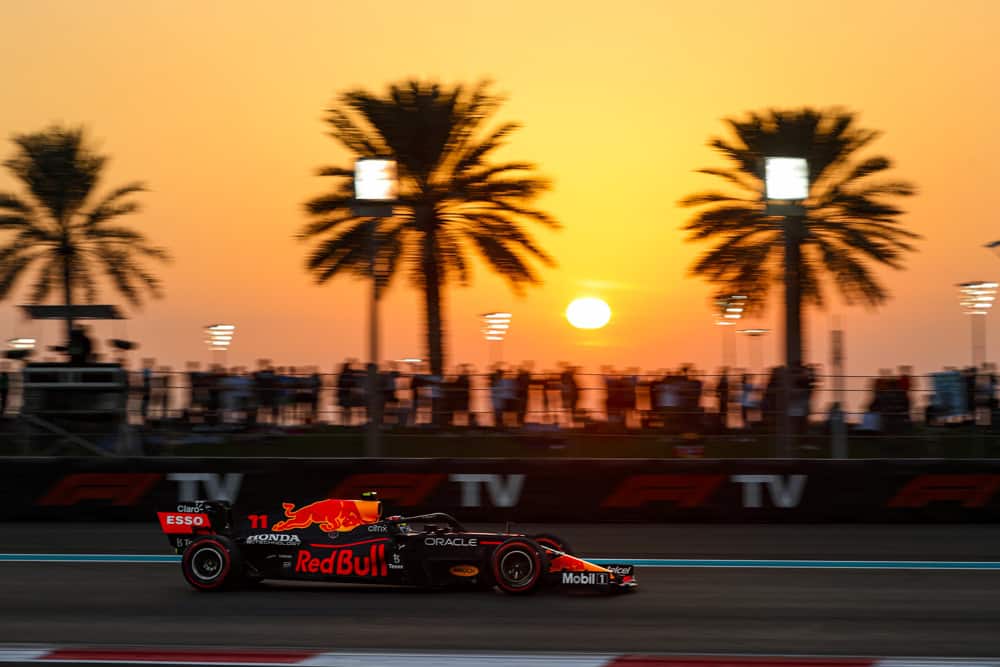 The 2022 Formula 1 season is finally here! Last season ended in drama and a spectacular controversy. A safety car held the race until one final lap and underdog 24-year old Max Verstappen passed 7-time champion and arguably the greatest driver in the world Lewis Hamilton to capture his first championship. The pair enter 2022 as favorites to win it all again this year. Hamilton (+135) and Verstappen (+180) are drastically above the next favorite in Charles Leclerc (+700) setting up this year’s Gulf Air Bahrain Bets.

This year ushers in the era of a new Formula 1 car, similar to NASCAR this car was scheduled to debut in 2021 but was delayed due to the ongoing worldwide Covid-19 pandemic. The goal of this new car is to allow closer racing. Safety was also key in this new generation of F1 car, the chassis now absorbs 48% more in the front and 15% in the rear of force on the impact tests performed by Formula 1.

Lewis Hamilton won the 2021 Air Bahrain Grand Prix beating out eventual Champion Max Verstappen to kick off the 2021 season. Valtteri Bottas, Lando Norris, and Sergio Perez rounded out the top-5. Similar to the Championship race the end result was slightly marred by controversy as the FIA forced Verstappen to stop because he had overtaken Hamilton on the outside in Lap 53. Hamilton coming out on top this time.

This gives you the favorite and defending champion Max Verstappen (+150) and teammate Sergio Perez (+1800) the 6th highest favorite to win the race. It’s no secret Red Bull Is one of the best teams in F1. Verstappen was 2nd here last year and won the championship. He’ll be looking to carry that momentum into the 2022 season. Perez was fastest in the final pre-season testing session in Bahrain last week. Forced to start last from pit road after issues on the formation laps Perez managed to finish 5th in 2021 at Bahrain. A top-3 for both of these drivers is very
possible Sunday.

I just made the case for Perez to score a podium finish Sunday, and again he was the fastest in last Saturday’s testing session. So the Guadalajara, Mexico native has proven he can be quick around here. Put him on one of the best teams in Red Bull Racing and this offers tremendous value at +850.

The moment a first #F1 win finally slipped away from Lando Norris#RussianGP pic.twitter.com/W3ofVyM6Fb

Norris is a 22-year old up and coming British-Belgian driver racing for McLaren. He finished 4th last year at Bahrain and finished the season 6th in the final standings. Lando was 11th in final testing at Bahrain, and that seems to be why he is at plus odds for this finish. He has proven his abilities here before and I look for him to be able to score a top 6 finish. Norris is worth a sprinkle to win these Gulf Air Bahrain Bets at 28/1 odds over on DraftKings Sportsbook.

It’s hard to pass on the 7-time champion, 103 time Formula 1 winner as the non-favorite. He won here last year and is going to be a man on a mission after how the 2021 season ended. I don’t want to bet against one of the best drivers in the world with the mindset he is in heading into this season.

“Checo” as he is nicknamed has impressed me so far this offseason in testing and I’m riding all the way with him this weekend. Obviously, he is a longer shot and I like Hamilton to win, but if we see more of that “level playing field” with this new car, will we see some longer shots start to hit more often similar to NASCAR as we’ve seen with their new car. If so, Checo is where I want my Gulf Air Bahrain Bets money at 18-1.