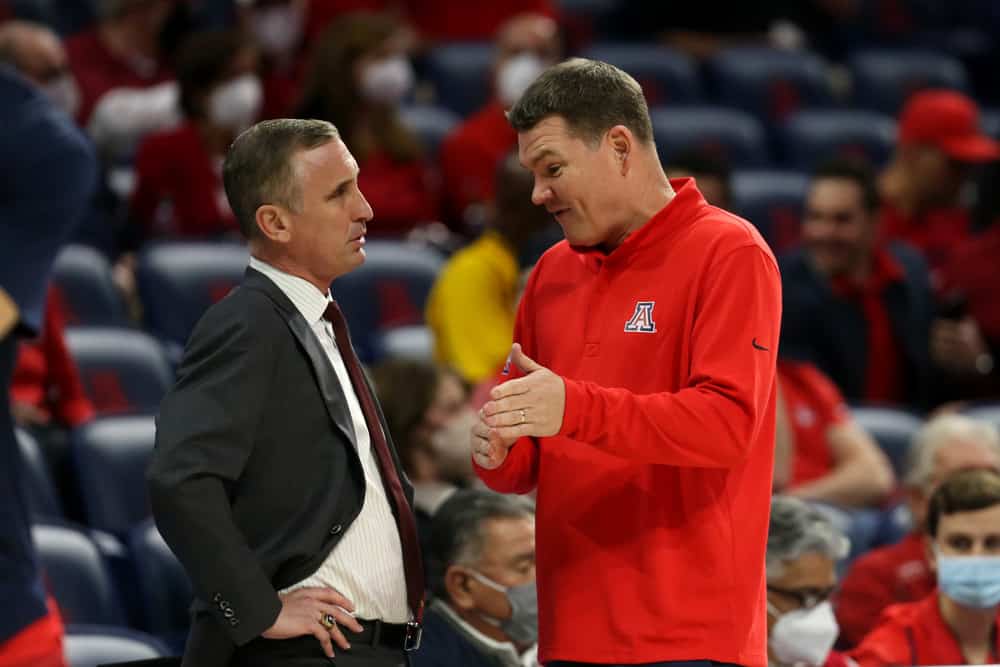 The young guns step up to the plate and deliver their Brackets and Bets for the South and Midwest Regionals (right side of the bracket) of the March Madness Bracket. Host Noah Bieniek (@Seventy7NB) and co-host Nick Familant (@CBBNick) discuss the NCAA Tournament seedings, their picks ATS for every first four, and first round matchup, their entire March Madness Bracket predictions, and some WynnBET March Madness betting odds and futures odds to win March Madness that interest them along the way.

Arizona is the odds on favorite to appear in the NCAA Tournament National Championship from the right side of the bracket, can anybody stop them? Who is the biggest sleeper on the right side of the NCAA Tournament bracket, is it Michigan, UAB, South Dakota State, or Chattanooga? Can Illinois avenge last year’s early March Madness exit with a Sweet 16 appearance this year? Can Rick Barnes and Tennessee make a deep run this March? Can Loyola Chicago pull off some more Sister Jean Magic in this year’s tournament. Jay Wright and March is a match made in heaven, can Villanova dance all the way to the Final Four?

Was Bill Self’s Kansas Jayhawks placed into the weakest NCAA Tournament region? Iowa is the hottest team in the country entering March Madness, are they due for a letdown? Providence is statistically the luckiest team in the country, can the luck of St Patrick’s Day stay with them for more than just the first round? Greg Gard’s Wisconsin squad was placed in a weak region that will be played in Milwaukee, why are they +110 to make the Sweet 16? Can Andy Enfield lead USC make a repeat Elite Eight appearance? What happened to Auburn? Can Jabari Smith lead them to the promise land? Nick and Noah discuss all of this and more in the second episode of Brackets and Bets.