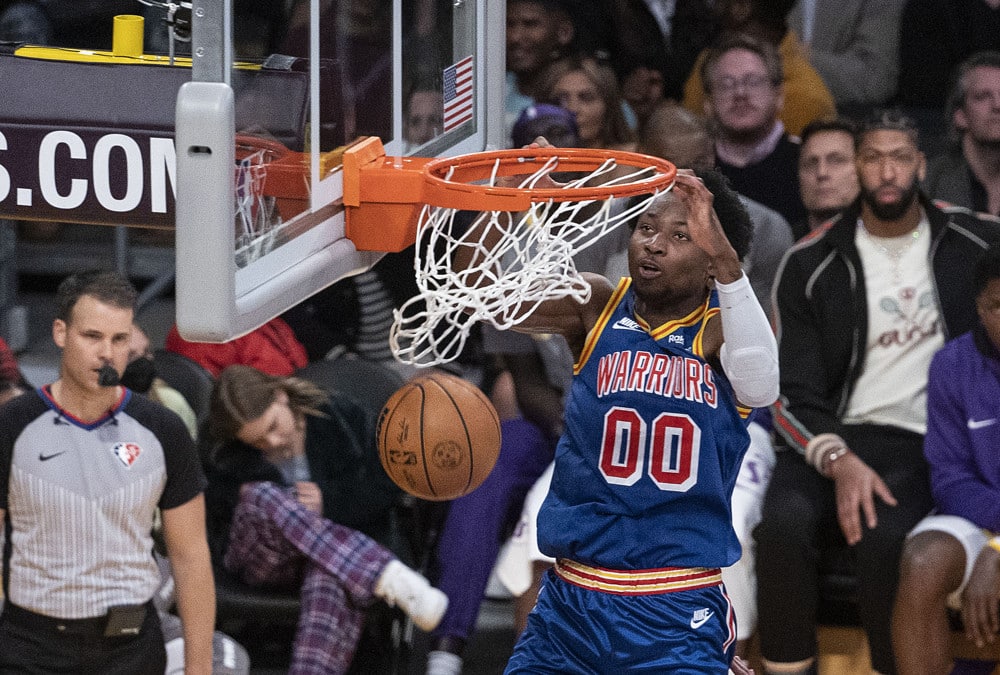 The rookie’s stat line above doesn’t exactly make you want to run out and grab him off your fantasy basketball waiver wire. However, since March 5th his stats tell a totally different story. He’s scored in double figures in all six games, posting averages of 16.5 ppg, 6.2 rpg, 1.7 apg, and hit 10 three-pointers. While Draymond Green‘s return will possibly eat into those numbers, he still posted a line of 12-8-3-2-2 with two threes in Draymond’s first game back.

Aleksej Pokusevski hasn’t exactly taken a jump in his second year, with most of his numbers actually down from his freshman campaign.  However, he’s shown signs of life over the past couple of weeks. In the team’s six games since March 4th, he’s never dipped into single digits in the scoring column and has averaged 12.5 ppg, 6.7 rpg, and 2.8 apg. With the Thunder’s best players mysteriously getting “season-ending injuries”, Pokusevki’s minutes and opportunities continue to rise.

How’s this for a low rostered player – only 6% of fantasy basketball players are in on Bones Hyland, leaving him free on 94% of fantasy basketball waiver wires out there. While the rookie has had an up and down year, as rookies generally do, he’s been more up than down recently, which is all that matters to us. Six out of the last seven games he’s scored in double-digits while averaging around three boards and four assists per game in that span.

Precious Achiuwa is another player who has turned things around as of late, going for double-digit scoring in eight of his last 10 games, which is a feat considering he’s not relied on to score. He also brings you the boards and occasional defensive stats. Plus – eligibility at three positions never hurts (his shooting percentages, however, do).

The big men are showing up big time on this week’s list, and he’s another – Isaiah Hartenstein. The Clippers’ big has had a few scoring clunkers over the last 10 games, but he consistently registers the boards, assists, and blocks. In fact, there have only been two games in the last 10 that he has failed to get at least one swat.

The undrafted rookie Brandon Williams has proven to be a wise signing for Portland, as he has put in work for the team since they picked him up 10 games ago. He’s gone off for over 20 points three times in that span, including last game; has had an eight-rebound and four-steal game; and also had six and seven assist games. Worth a look if you are in a pinch.