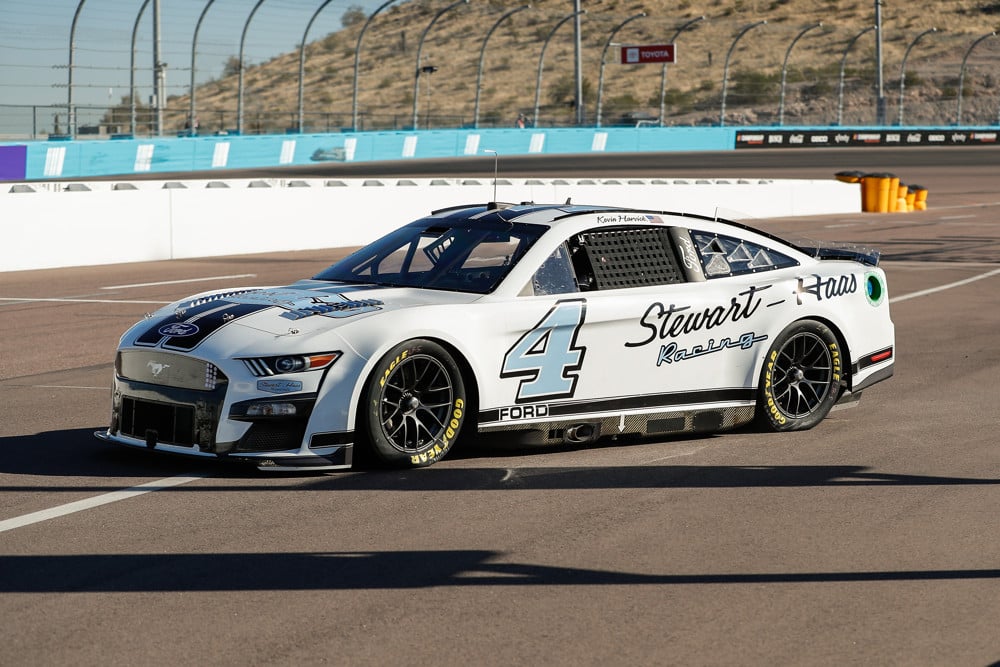 This has been one of the best starts to a NASCAR season in recent memory! We’ve had side-by-side racing and battles throughout the field, surprise front runners, and not a lot of “domination” by a single driver. This has changed the way we’ve had to look at NASCAR DFS so far this season, it’s hasn’t been as much of a spend-up for Kyle Larson to lead 80% of the race and build around that. So far at least! This has made it exciting and challenging to construct our DFS rosters. Balance seems to be the best approach so far, especially in this week’s Ruoff Mortgage 500 DraftKings contests. Spreading out your salary and relying less on the “dominator” points.

Phoenix Raceway is different than any other track we’ve been at so far this season. We’ve gone from the ¼-mile flat pop-up track at the L.A. Coliseum to the 2.5-mile high banks of Daytona Beach, a 2-mile track at Auto Club to a 1.5-Miler at Vegas, Phoenix is a 1 mile short/intermediate and very flat track with progressive banking checking in the highest at only 11 degrees.

If you’ve listened to this week’s episode of the NASCAR Gambling Podcast, you know I’m big on Logano this week. He’s proven he can run well on these shorter flatter tracks. And he’s off to a good start in 2022, winning the exhibition clash race at the Coliseum and a 5th place finish at Auto Club. Sitting 3 rd in the championship standings. Joey has won here twice before and has 7 career top 5 finishes in Phoenix, including 2nd last spring. His ownership should be a little lower as he is the 4th highest priced driver on DraftKings this week, so expect him to fly slightly under the radar. A great play to be different, and be able to use those savings on another driver.

Kevin Harvick wins at Phoenix Raceway in 2012 as chaos erupts behind him. pic.twitter.com/MwDvaiF1BG

Kevin Harvick is the king of Phoenix Raceway. He’s won here 9 times and has finished in the top 10 an astonishing 17 races in a row. Yes, 17 straight top 10 finishes at Phoenix for Harvick. Two other drivers in history have accomplished the feat of 18 straight top 10s at a single track in a row. You may have heard of Richard Petty and Dale Earnhardt Sr before! They were both able to accomplish this at North Wilkesboro. This will make Harvick popular this week, so you could and in some lineups should choose to fade him for this reason, but this is also why he is a cash game lock and must play in most cases this week. He delivers time and time again, and I don’t expect this streak to end just yet.

Almirola is another one known for his short flat track pedigree. We saw it with a victory last year at New Hampshire Motor Speedway. I don’t expect Aric to be in the running for a win this weekend, and that may make him a less popular play. But, he is the only driver to finish top 10 in every points paying event so far this season, and in 2020 we saw a run of 9 straight top 10 finishes. That type of consistency and reliability should pay off in solid Ruoff Mortgage 500 DraftKings fantasy points here at Phoenix.

A FINISH FOR THE AGES!

He isn’t the first one who will come to mind this weekend. While we haven’t seen this rookie compete at Phoenix in the NASCAR Cup Series yet, in his last 3 Xfinity series starts here Cindric has two wins and a second place finish by a bumper. He was edged out in an epic finish to lose the championship battle last year. The fact remains Austin can wheel at this track and with his Daytona 500 victory has already proven he can hang with the big guns. Throw in
the fact his teammates Ryan Blaney and Joey Logano were the fastest two cars on day 2 of the test session here during the offseason, Cindric at 50/1 odds this weekend could really surprise.