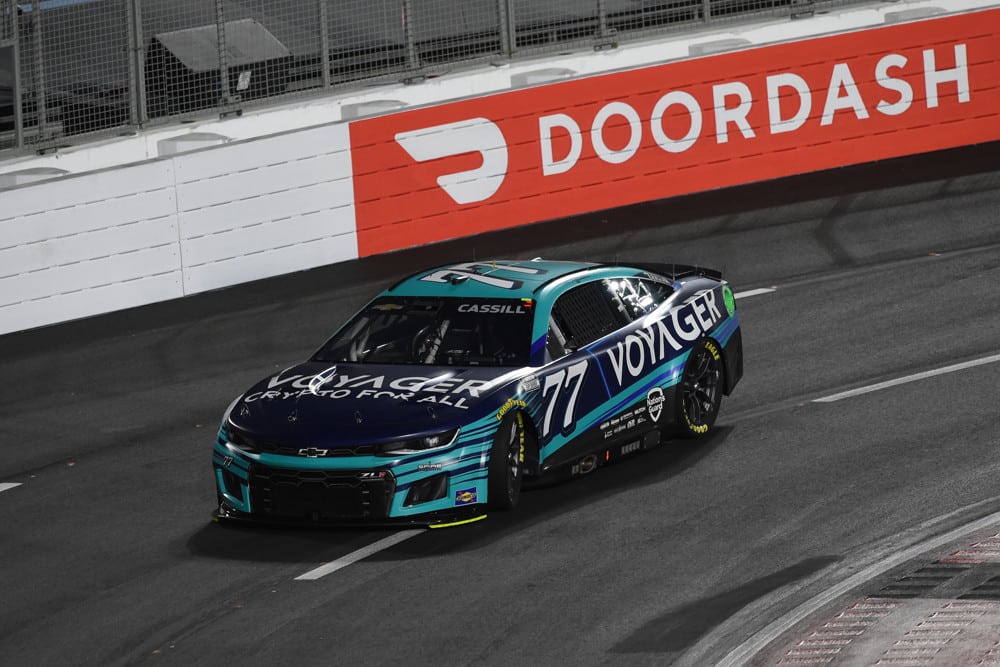 The 64th running of the Daytona 500, the Super Bowl of NASCAR is here! Now that we’ve had qualifying and the Bluegreen Vacations Duels, the race lineup is set and we can build our fantasy lineups! Also for the first time ever the Daytona 500 DraftKings contests will feature a Millionaire Maker! A mere $25 entry fee pays first place a cool 1 million dollars plus an entry into the tournament of champions.

This is one of the few races every year where you can pick anyone and everyone. Often times the best lineups at Daytona leave some salary on the table as well.  Don’t immediately count anyone out, and no lineup build is too strange this week. Place differential, and surviving the mess are the biggest keys to building a winning lineup!

This changes everything for @joeylogano and the 2️⃣2️⃣ team. pic.twitter.com/JayhUjTPat

How To Watch: Fox

Cassill will roll off in the 27th starting position for Sunday’s race. I think this will allow him to go under the radar when people build their lineups because he’s not starting completely in the back. Cassill has finished 12 of 16 career NASCAR cup series starts still running in the race. That alone is half the battle! He’s been in sub-par equipment most of his career. But, now he is in the Spire Racing #77 car, powered by Hendrick Racing engines. This is a major upgrade over most of his career. Pulling double duty this weekend he will get an opportunity to clock some laps and grab some fresh drafting experience in Saturday’s Xfinity Series race.

20 years after Dale Earnhardt did it, Austin Dillion puts the #3 back in victory lane in the #Daytona500 pic.twitter.com/DsRwfKgxHG

The 2018 Daytona 500 champ will be starting 36th in Sunday’s race. A missed pit stall during a green-flag stop in his Duel race Thursday caused him to lose the draft and fall behind. This will be a much more highly owned driver in Sunday’s contests but for good reason. Starting 36th gives him plenty of upside for place differential. Dillion has proven his abilities in this race with four top 16 finishes in his last 4 Daytona 500 races.

Okay, don’t laugh. Ware starts 32nd Sunday, I know this may seem like a strange guy to add to Daytona 500 DraftKings these picks, but that’s why he’s in here. You’ve got to be different, mostly lucky, but different nonetheless. While I don’t want to take much out of practice at a track like Daytona in this case there are some positives. In Tuesday’s first practice Ware scored the 19th fastest time, and in the second practice Tuesday he was 4th fastest. This is important because he proved he can stay up there and run with the pack. If he can simply keep the nose clean and avoid the chaos that is bound to happen. He can score some big points for you and could be the difference in bringing home the prize!

Logano is starting 20th in Sunday’s race, but, knows how to get it done. We saw it Thursday night in the second duel race. He knows how to get up front and be in the mix at the end. It didn’t go his way Thursday, or in last year’s Daytona 500 in a similar situation but the point is he was there when it mattered. I expect this to be another more popular play for good reason. The 2015 Daytona 500 champion is itching to raise that Harley J Earl trophy again, look for him to be in the mix at the end. (Joey will most likely go to a backup car and start in the back, this is insignificant to picking him and will NOT change where he is scored from, 20th)

These are four plays I like for the stated reasons. Denny Hamlin is also notable starting in 30th position. Keep in mind he is usually the highest owned driver at Daytona. Starting this far back is sure to skyrocket that ownership. He’s proven himself and can get it done. I personally will have him in some lineups but will fade him in most hoping to differentiate myself from the field. This race will be chaos! Set your lineups and forget them, kick back enjoy the race not expecting to win. Don’t watch the crazy roller coaster ride that is Daytona 500 DraftKings lineups. Once the dust settles, take a peek! And GOOD LUCK!