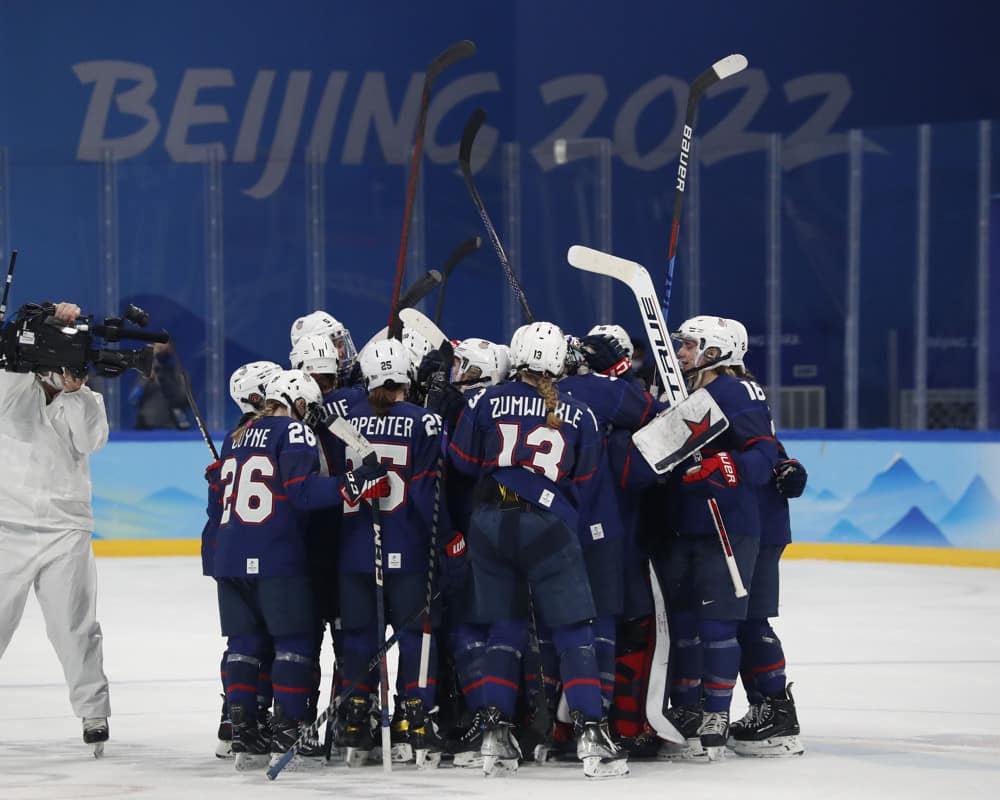 It all comes down to this. Team USA vs. Team Canada for Olympic glory. The 2022 Olympic Women’s Hockey Gold Medal Game is finally here. Both USA and Canada breezed through the tournament to advance here, as expected. USA vs. Canada has been the matchup for gold in the past three Olympics, and five of six overall. This should be another doozy.

Here’s how to watch, betting odds, picks, and predictions for USA vs. Canada in the Olympic Women’s Hockey Gold Medal Game!

Team USA has confidently made its way to the Gold Medal Game. The Americans won their first three preliminary games (5-2 vs. Finland, 5-0 vs. ROC, 8-0 vs. Switzerland) before falling to Canada in a preview of this game for gold. They then defeated Czechia 4-1 in the quarterfinals and Finland in the semifinals by the same score to advance to the Gold Medal Game.

Canada is looking to sweep the entire Olympic tournament. They have dominated every opponent they have faced outside of the USA vs. Canada game. They beat Switzerland 12-1, Finland 11-1, ROC 6-1 (while wearing N95 masks), and then that 4-2 win against the Americans to close out preliminary action. They romped through the quarterfinals with an 11-0 win against Sweden and found some holes in the Swiss defense for a 10-3 win in the semifinals.

Team USA had 53 shots in the first meeting and only scored two goals. They’re sure to be on the attack in the Gold Medal Game and should score at least two, if not more.

The same goes for Canada. The Canadians have been scoring at will in this tournament and have the talent to score, even while getting outshot.

I think the line is set pretty good here at 5 but I lean to the Over 5 (-140) given the teams’ play in the Olympics thus far.

This is going to be a close game and shouldn’t be decided by more than a goal. Both of the past two Gold Medal Games have been 3-2 finals with Canada winning in overtime in 2014 and USA winning in OT in 2018.

I actually like Team USA to win the game outright as well at +170 odds. These teams don’t have that wide of a disparity and it was practically a pick’em before the Olympics began.