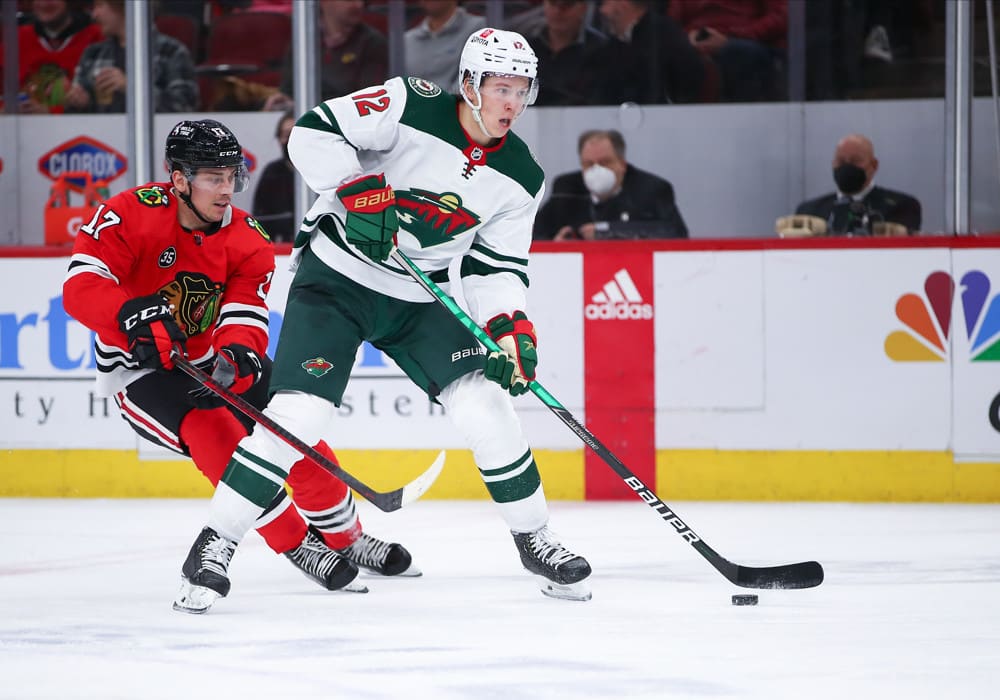 We are still in the midst of what was supposed to be a break for the Olympics, so there’s a wide range of games being played this week. A few teams are only playing once while a handful of teams play four or five times.

Let’s get right into the Fantasy Hockey teams to stream and best pickups for Week 17!

The Oilers are the only team to play five times this week, but three of those games are on the busier nights. They also have two sets of back-to-back games.

Bouchard is rostered in more than half of leagues and should be picked up in more, especially during this busy week. The defenseman plays on the top pair, top power-play unit, and second penalty-killing unit as well.

Puljujarvi has been ice cold for the Oilers but five games this week in a top-six lineup position makes him a possible pickup. He only has three points (one goal, two assists) since the holiday break. However, he’s playing on the top power-play unit and on the top line with Connor McDavid and Zach Hyman –– a guy I would look at in shallower leagues.

He has 15.77 expected goals but just 11 actual goals on the season. That should pick up soon.

Puljujarvi has to produce eventually, right? Why not this week with five games on the docket.

I don’t trust either of these goalies in a normal week but the Oilers play five times –– including two back-to-backs –– this week.

Also, keep an eye on Mikko Koskinen if he’s available in your league. He’s listed on IR but could clear COVID protocols soon.

The Wild are rolling and moving toward the top of the standings. They play four times this week, all on the typical lighter nights.

Boldy needs to be rostered in your league. He is currently playing on the Wild’s second line with Kevin Fiala and Frederick Gaudreau, and he’s on the top power-play unit as well.

Grab Boldy while you still can. He’s sticking with the Wild.

Brodin is a sneaky defenseman to target this week. He plays in all situations for the Wild and averages over 23:30 of ice time per game.

The defenseman isn’t going to light the world on fire but he will fill up the box score. He has 18 points (3 G, 15 A), 63 shots, 61 blocked shots, and a +5 plus/minus for Minnesota. Since returning from injury on January 28th, Brodin has two points (both assists), eight shots, and 10 blocked shots in five games.

Cam Talbot is the guy in Minnesota but Kahkonen is worth keeping an eye on for a spot start here and there.

The Wild don’t have any back-to-backs this week, so he’s not necessarily guaranteed a start, but the Minnesota netminder is an impressive 10-3-2 with a .924 SV% and 2.44 GAA this season.

The Blackhawks may not be a great hockey team but there are a few good fantasy hockey players to target. It helps that they play four times this week, including on Monday, Friday, and Sunday.

Stop what you’re doing and go put your claim in for Dylan Strome right now.

The young center was in the doghouse earlier this season but has risen to the penthouse recently. With Jonathan Toews out, Strome has been playing on the top line.

Strome is a guy to pick up for this week and beyond. He could be traded to a contender at the deadline.

Murphy is another defenseman that has been filling up the stat sheet this season, especially as of late. In his last nine games, he may only have two points (1 G, 1 a), but he has 21 shots on goal, 28 blocked shots, and 20 hits to go with that.

Murphy plays over 22 minutes in all situations for the Blackhawks. He’s a good guy to add in deeper leagues.

The Oilers are the only team that plays five times this week but there are several others that play four times.

There is also a trio of teams that play three games all on lighter nights this week.

Despite the busy week for some, a handful of teams are only playing once or twice this week.