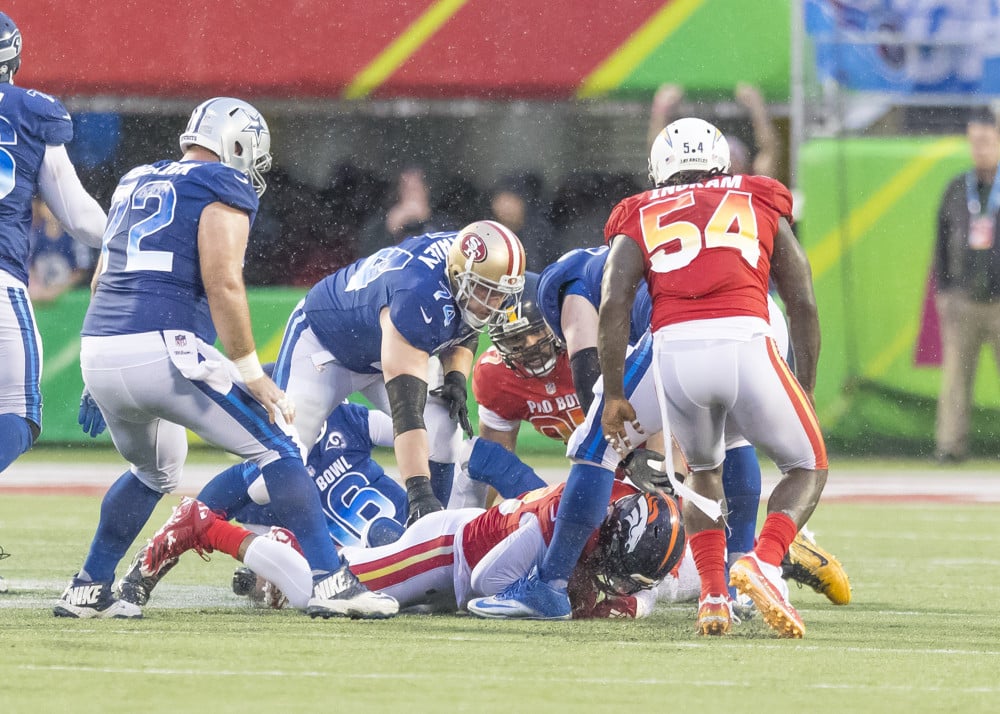 The NFL Pro Bowl kicks off today from ‘America’s Playground’ Las Vegas, Nevada! The AFC has won four out of the last five Pro Bowls. Is this the year the NFC snaps the losing streak? Below I will highlight the best bets for the Pro Bowl between the NFC and AFC. Let me dive right into it.

The AFC will look to end a four-game losing streak in Las Vegas today. The AFC roster is stacked with great talent especially at the quarterback position. Justin Herbert will be the starter for the AFC. Behind Herbert will be Patrick Mahomes and Lamar Jackson. The AFC is also loaded at the skill positions led by Jonathan Taylor, Nick Chubb, Tyreek Hill and two stud tight ends Mark Andrews and Travis Kelce.

On the flip side, the NFC roster will be led by Kyler Murray, Kirk Cousins, and Russell Wilson. Additionally, at the skill positions, the NFC roster has Mike Evans, Dalvin Cook, and Alvin Kamara. The NFC roster will also have Deebo Samuel and George Kittle to bolster the skill positions. There is no doubt that defense will be optional in this game and like most “exhibition” games I believe there will be points being scored. Go here if you’re looking for Super Bowl odds.

The AFC roster has more depth at all positions, especially at the quarterback position. I believe that will be the difference in this game and should lead the AFC to snap the losing streak. Further, the AFC has Bills star wide receiver Stefon Diggs and Chargers wide receiver Keenan Allen. Further, the advantage the AFC possesses will be speed at the receiver position. Led by Diggs and Hill I expect the AFC quarterbacks to find these receivers early and often.  The AFC roster is deep and I believe they continue know they continue their winning streak in the Pro Bowl.