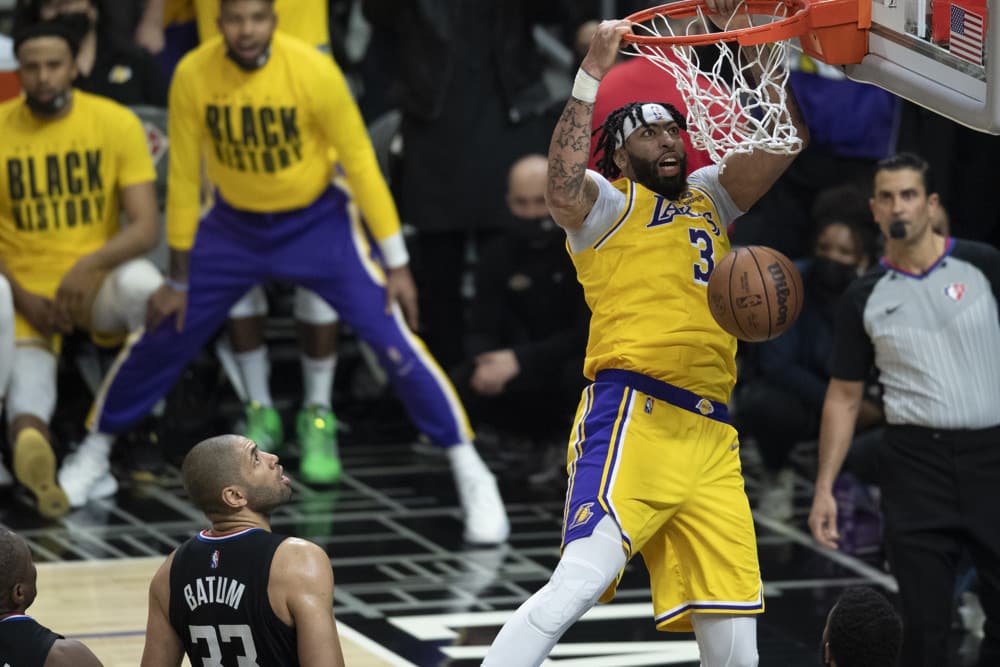 Anthony Davis is looks like he has returned to his superstar level of play over the last four games. In fact, during that stretch, Davis is averaging 29.3 points and 12.3 rebounds. The Lakers will more than likely be without LeBron James who continues to battle a knee injury. Whether James can go or not, I expect the Lakers to run the offense through Davis. The Knicks defense will struggle to guard the versatility of Davis. He can knock down the outside jump shot, take it off the dribble and work inside the paint. Additionally, the Knick rank #22 in rebounding percentage over the last five games.

The Lakers' best play of the night was this set that resulted in an Anthony Davis lob dunk. They cleared out Ariza to prevent a strong-side defender from being able to tag Davis when he rolls to the basket, and Russ timed it perfectly. @Sean_Davi broke it down for @LakersNation pic.twitter.com/jrLgalCuEM

Evan Fournier Over 2.5 Three-Point Shots Made

Evan Fournier has turned it around over the last three games for the Knicks. In fact, during these games, Fournier has knocked down at least four three-point shots in each one. Further, he is averaging 10.3 attempts from beyond the arc in that span. Additionally, the Lakers are struggling defending the three-point shot against the shooting guard position. The Lakers are allowing an average of 3.7 makes over the last seven days. In a previous matchup this season against the Lakers, Fournier scored 26 points and knocked down six threes on nine attempts. I love the Over on this player prop!

Traditionally we have seen Russell Westbrook come into any arena and record a triple-double. In Los Angeles, he must take a step back and share the ball with LeBron James and Anthony Davis. But that won’t stop Westbrook from getting assists. First, in a meeting earlier this season against the Knicks, Westbrook dished out 10 assists. Next, the Knicks are allowing opposing point guards to average 9.7 assists over the last seven days. Further, the Knicks rank #27 over the last five games in opponent assists. I expect Westbrook to have a big night dishing the ball to his teammates tonight for the Lakers against the Knicks.