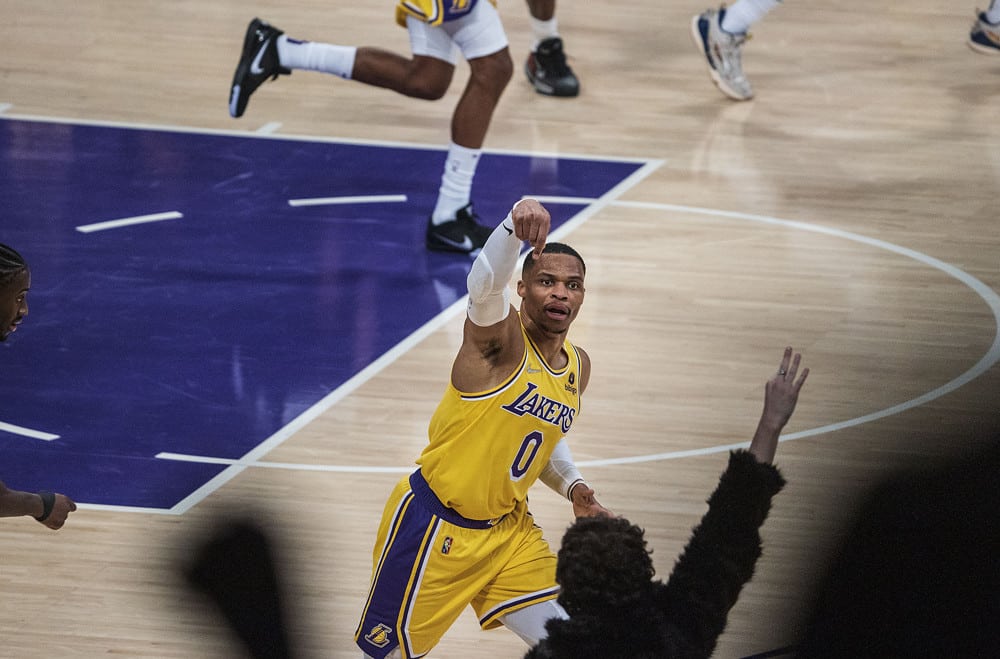 The fantasy basketball playoffs are right around the corner, and the Association is approaching its trade deadline, and All-Star break alike. If you’re a bubble team in dynasty fantasy basketball, you have to start asking yourself, does your roster have what it takes to go all the way? If you’re all shrugs, then I’d say it would be wise to consider dumping some of your aging assets; there could be a stronger playoff team that’s more willing to send off a high draft pick or young player to win this season rather than build for upcoming seasons.

On the other hand, you could be entirely out of contention in fantasy basketball, a situation far better to leverage an older star for promising youth. If you’re at the top of the charts this year, it may be tough to let go of solid production that’s seen you through this season. If it isn’t broke, don’t fix it – you know your league better than I do. My opinion is that these players should be on the move if you’re in the bottom half of your fantasy basketball dynasty league.

Kyle Lowry has been missing some time recently due to personal matters. He returned to the team last night against the Spurs. His performance was unbecoming, but shouldn’t be of concern. Lowry is having a great year, especially when you consider he’s playing in his 18th season. At 35 years of age, Lowry is averaging 13.4 points, 8.3 assists, and 4.5 rebounds per game. He’s getting roughly 34 minutes per game, and the only time he’s missed this season is from this current nine-game stretch which is noninjury related. Personally, I’d love to sell him in all formats; his dormant stretch has left me with lineup issues I don’t care to have at this point of the season.

I love the fact that Lowry is playing so many minutes and is looking so good for his age; however, his end date will come far sooner than the upcoming youth that’s available. I believe you can easily get a first or second round pick for Lowry. That’s if you’re looking to make a straight-up trade. If you want to use him to get a young player like Jalen Suggs, you’re going to need to include a draft pick, maybe even two, but regardless it would be worth it. I also like targeting a player like Jamal Murray; he could be coming back soon; there’s even talk of this season. You could flip Lowry for Murray and probably wouldn’t have to spend as high of a draft pick to pair with Kyle.

I don’t believe Westbrook is getting worse with age. I think he’s in a bad situation in L.A. and that it’s just not the right fit for a player with his vast skill set. Westbrook is a ball dominator on both sides of the ball, and playing with LeBron James and Anthony Davis just isn’t going to push his numbers back to where we’re accustomed to seeing them. He’s having a down season at 33, and again, I don’t believe that’s a factor in any production dips. However, it is a factor we must acknowledge moving forward if we’re not competing in dynasty fantasy basketball this season.

Westbrook could bring you in a heavy haul when selling to the right owner. Any contending team would still drool at the mouth for his production come playoff time, especially if he gets moved at the deadline. Westbrook is averaging 18.7 points, 7.9 rebounds, and 7.8 assists this season. It looks and sounds excellent, but while these numbers are incredible, they’re all down significantly from previous seasons. The last time Westbrook averaged this many rebounds and assists, he averaged 27 points per game. I think you can easily make a two-for-one trade where you get back a top-notch young player and a first-round draft pick. Someone will pay more than that evaluation, though; I saw a LaMelo Ball for Westbrook trade posted in the Yahoo Sports Trade Hub – I lost hair scratching my head on that one.

Russell Westbrook without LeBron, Interesting how he’s more efficient without him pic.twitter.com/IPVpbmTjWN

Gordon Hayward is a reliable shooter and stat collector. However, he’s getting older and not playing in nearly enough games each season. If he’s not bringing your team enough success to make the playoffs this year, I’d be skeptical about the value you’ll get from him in the upcoming years. He’s been healthy this season; he’s already eclipsed the total games played from last year and is approaching his total from 2019-20. It’s a great time to sell high on him, as I’m not betting he plays a majority of the games in his remaining seasons.

Hayward has an extensive injury history, so if he’s not helping me win now, I want to try and swap him for younger talent with less exposure to injury opportunities. Hayward averages 17.0 points, 4.7 rebounds, and 3.7 assists through 45 games this season. It’s rumored that Hayward wants out of Charlotte and to be more of a focal player wherever he lands. If he stays in Charlotte, he’ll still be battling LaMelo Ball and Miles Bridges for top production; if Hayward leaves, I think he’ll play his way back to being injured. You may want to wait until the trade deadline on this one, but regardless I believe you can get a good return for him before he falls off in the next two to three seasons.

Notice not even a single high five from Hayward for (1) Melo saving him and (2) for your rook making a team hustle play….NOTHING. pic.twitter.com/YHx1Rfmc8g

Kevin Love will be a solid player to own in fantasy basketball for the rest of this season. The Cavaliers started the year strong but recently came down with a nasty injury bug. They’ve lost Ricky Rubio and Collin Sexton for the season, and they’ve also lost Darius Garland and Lauri Markkanen to short-term injuries; they should be back soon. Love is playing much better than last year as he’s averaging 14.3 points, 7.5 rebounds, and 2.2 assists per game. He’s doing more this season with fewer minutes per game and has become a very efficient product on the floor once again.

Love is also getting older, and it’s tough to say what his future will hold in the league. I don’t suspect he’ll retire anytime soon, but I would expect him to start looking for teams he can succeed with that won’t require him to do much in his final years. I think you package Love and a draft pick to target a young player you have on your watch list. Trading Love in fantasy won’t get you back a huge haul, but I believe he’s a solid piece to add in any dynasty trade you’re trying to get off the ground. Consider him a favorable sprinkle to close a deal.

The @cavs stay hot and pick up their third-straight win behind @kevinlove‘s 25-PT night ???? pic.twitter.com/EdCT61DE4T

Vucevic is similar to Hayward because they’re both always productive when available, but they’re just never available. As a Bulls fan, I was excited when we traded for Vucevic, and I’ve been happy with what he’s brought to the table. He’s been around the league for over ten years and knows the game well; I just don’t trust him to always to be there when I need him. He’s playing at a high level right now, so I see a window where I can get a great return on him.

He’s averaging 16.8 points, 11.4 rebounds, and 3.6 assists per game this season. But, to be honest, I was expecting more scoring from him, given his talent level. Unfortunately, he’s not shooting with the same efficiency he’s offered in seasons past, especially at the free-throw line. I expect he’ll be a solid fantasy player to own in the next couple of years, but beyond that, I can’t say with too much certainty. You could target multiple picks paired with a low-cost player or get a solid pick plus a younger league veteran.