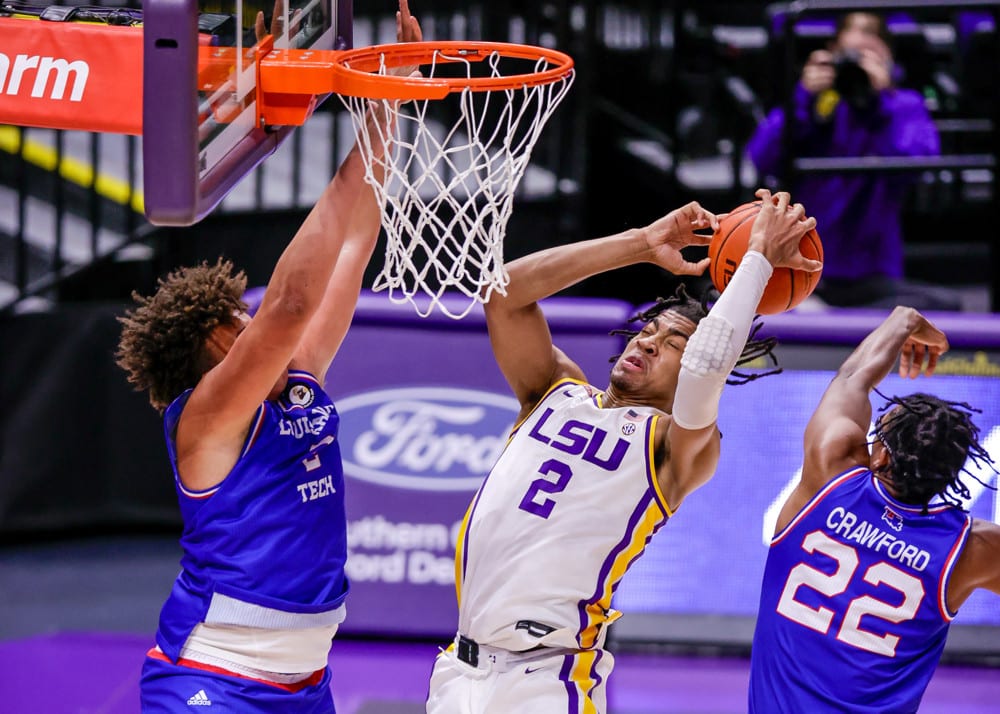 Following a positive start to the season, LSU Tigers continued their recent slump this weekend when falling victim to the Horned Frogs 77-68. This defeat became the Tigers fourth loss in five games, and with a seemingly more substantial chance to get out of the woods, TCU proved the doubters wrong and handed LSU their first loss in a non-conference meeting.

Despite powering through to a 24-23 lead, LSU struggled to defend the Horned Frogs late first-half run, resulting in a 38-29 deficit. LSU (16-5, 4-4) introduced Darius Days and Xaiver Pinson into the recovering roster, but the first half shooting percentages told a telling story. LSU shot 29%, with their opponents hitting 52%.

Throughout LSU’s lacklustre efforts this term, you’ll notice a glaring negative that’s assisting said losses – an inability to break the run. Gormless looks from the defense aren’t providing the same efforts we witnessed during the beginning of the season, a defense that hadn’t allowed a team to score 70 points all season.

However, LSU failed to answer TCU inside the paint and their attempts at mid range jumpers. Three-pointers extended the Tigers deficit when both teams entered for the second half, as Chuck O’Bannon was on fire from beyond the arc.

LSU desperately needed their defensive prowess to unravel for a chance at returning fire, and they did just that. Trailing by 16 points in the second, the defense woke up alongside contentious shot attempts. The Tigers managed to drag themselves back into the game, closing the lead to one point, but TCU was gifted by a large number of free-throw opportunities their opponents handed them in the second half.

Critics expected Will Wade’s group to bounce back; Louisiana sports betting enthusiasts were all over the LSU -2.5 spread. And it’s difficult not to agree; the Tigers have been an excellent wagering opportunity all season, especially when Pinson was in the starting line-up. Unfortunately, TCU +2.5 was the right side, with or without the returning Days and Pinson.

In Pinson’s absence, LSU hasn’t been the same. And although the Tigers didn’t resume winning ways upon his return, he’s notably a game or two away from 100% – playing just seven minutes in the TSU meeting. 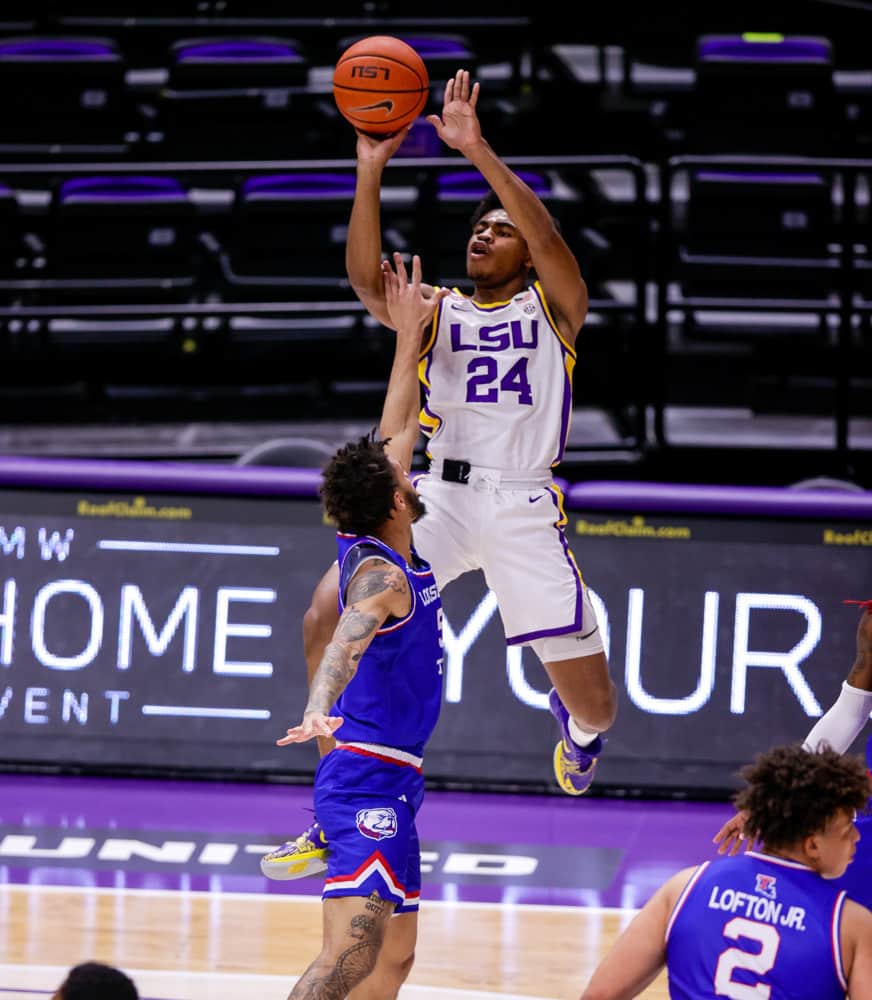 On-court action hasn’t provided LSU fans much hope in the new year, and the recent SEC/Big 12 fixture against TCU didn’t help. However, good news has arrived in the shape of five-star center Yohan Traore.

Traore is the number 1 ranked player from Arizona for good reasons. He’s a beast inside the paint and one of the most notable rim protectors. You’ll often see his massive stature block shots that eject the ball into the crowd. With that said, his offensive skills excel above his defensive attributes, with fantastic footwork and incredible passes out of the high post, including a legit three-point jumper.

The Arizona native has room to grow in all areas, particularly on rim protection, which is scary for those opposing him. There’s no question his presence will instantly be felt when he shows up in Baton Rouge.

Texas Tech, Memphis, Michigan, Kansas, Gonzaga, Auburn, and UCLA were all in the market for Traore’s services, but the 6-foot-8 power forward pledged his skills to LSU. This addition for the Tigers has catapulted their 2022 recruiting class from 33rd to 11th in the national ranking.

LSU have some incredible talents to get excited about. Traore’s skills will join four-star Terry Ree and the McDonald’s All-American Julian Phillips, as well as Marvel Allen for 2023.

Should the signatures of Traore and Allen occur, Wade will have signed eight five-star recruits since arriving at LSU in 2017.