Top DFS Stacks for the Divisional Round 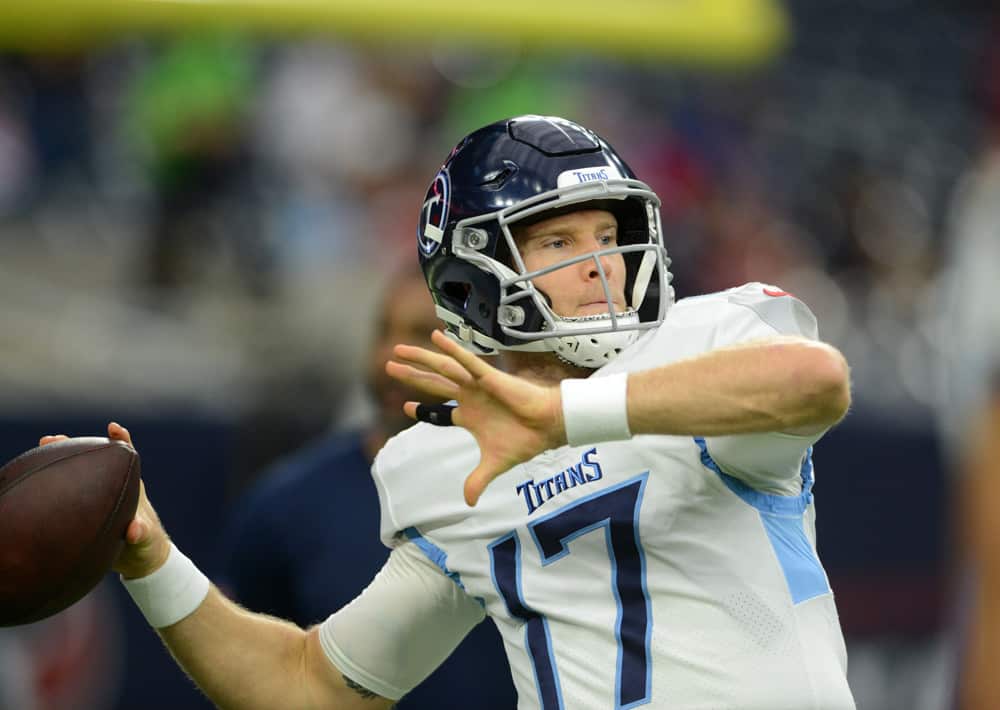 Top DFS Stacks for the Divisional Round

Welcome to the Top 10 DFS stacks article where I will be breaking down the DraftKings main slate to identify my top 10 Divisional Round DFS Stacks. Stacks in DFS can be defined as; playing two or players from the same team in a single lineup. Stacking in DFS contests has become the predominant roster construction strategy particularly for GPP tournaments, with a variety of unique and creative ways to build stacks and maximize your scoring upside each week. The most popular stacking options include the skinny stack, the double-stack, the run back stack, the full-on game stack, and the running back paired with a defense stack.

Top 10 DFS Stacks for the Divisional Round

Last week Josh Allen passed for 305 yards, rushed for another 66, and threw five touchdowns. His 41.9 points were the highest DraftKings score for the Super Wild Card Weekend. So much for Bill Belichick’s defense, he annihilated them. Onto Kansas City, where Allen faces the Chiefs for the second time this year. In Week five, Allen scored 39.5 DraftKings points. He was unstoppable, passing for 315 yards and three scores and adding 59 yards and a touchdown on the ground. Dawson Knox was a huge part of his success that day, catching three passes for 117 yards and a touchdown. Priced at only $4,900 and coming off a 25.9 point performance last week, Knox is my favorite player to stack with Allen this week.

Tyreek Hill is one of the most explosive run-back options in the NFL. This season he has had games 35, 40, and 50 DraftKings points. In Week 5, Hill caught seven of 13 targets for 63 yards. The 54 point total means that Hill is once again expected to put on his Superman cape and light up the scoreboard. I’m rolling this stack out in large GPP tournaments like the DraftKings Milly Maker.

Time to bow down to Josh Allen, your new terminator-QB overlord:https://t.co/Hh4Qnk7Y9S

Patrick Mahomes ($7,300) was electric last week, passing for five touchdowns and scoring over 41 DraftKings points. Only Josh Allen had more points and only 0.8 at that, so it’s more point, I guess. This week Mahomes and the Chiefs have the highest implied team total on the board at 27.75, and the highest overall game total at 54 points. This game was made for stacking and Mahomes and Tyreek Hill ($6,600) have been the most explosive stack the last two seasons, scoring an astounding 185 points in four games (35, 40, 50, and 60). Hill is the reason we GPP my friends. It’s not if he goes off, it’s when and until then, I will be stacking him up.

Devin Singletary is breaking out! Over his last five games, he’s touched the ball 94 times, rushing for 404 yards and scoring eight touchdowns. Last week he scored 24.4 points and now he’s only priced at $5,900. If you don’t stack Josh Allen in the Milly Maker or are building multiple lineups (baller) this is another option to take down a larger mass multi-entry tournaments.

Tyreek Hill in the Divisional Round pic.twitter.com/VqdUKSdl4T

Joe Burrow ($6,600) finished the season hot, passing for over 1,200 yards and 10 touchdowns. With his first playoff win secured, Burrow heads into Nashville with one of the best wide receiving corps in the NFL. Burrow completed 25 touchdowns to wide receivers during the regular season, 13 of which went to, the obvious rookie of the year, Ja’Marr Chase ($7,300). Chase was targeted 12 times last week and caught nine passes for 116 yards. The two former LSU Champions are taking over the NFL and I want in this week and every week.

Speaking of taking over, the King, Derrick Henry is all set to return from a broken bone in his foot that has sidelined him since Week 8. The Tennessee Titans managed to finish the regular season as the AFC’s top seed without him. The word from Henry is that he is feeling good and wants to play. A decision will be announced on Friday, but all indications are that Henry will be back. His $7,500 price tag is cheap for him, but still, the highest-priced running back this week. I’m not worried about Henry, I’m paying up for him in mid-sized GPP tournaments and game stacking him with Burrow and Chase.

Aaron Rodgers ($7,100) is rested and ready to roll! And his favorite target to roll with is Davante Adams ($8,500) of course, nothing new here to report. Well, except that PFF has Adams as their top-ranked wide receiver this week. That’s good, right? Adams will be primarily matched up with rookie Ambry Thomas, whose 52.2 PFF grade isn’t setting the world on fire. Rodgers and Adams should feast all game long. Don’t be surprised to see a red-zone touchdown between these two this week.

Kyle Shanahan loves to run the football. He loves to run it so much that he drafted a running quarterback (Trey Lance), two running backs (Trey Sermon and Elijah Mitchell), and is obsessed with turning Deebo Samuel into a running back. Shanahan has what fantasy football players call “running back FOMO.” Like the guy who drafts four running backs to start his fantasy team every season, he just can’t get enough. The good news is that there are plenty of carries to go around in the 49ers backfield and most of them are going to Mitchell ($5,800). Last week he rushed the ball 27 times against the Cowboys. It’s no secret what the game plan is for the 49ers come Sunday. They will be running and I will be running back Rodgers and Adams with Mitchell (and sometimes Deebo Samuel). I’m sure Shanny would be proud.

Davante Adams has recorded 130+ receiving yards in 4 of 5 career games against the 49ers. pic.twitter.com/mhIM2ll943

Matthew Stafford ($6,200) and Cooper Kupp ($8,600) connected for 16 touchdowns receptions in the regular season. Two of those scores came against the Tampa Bay Buccaneers in Week 3. Kupp caught nine of 12, two of which were those said touchdowns. Tampa had trouble covering receivers all season and I don’t expect them to suddenly be able to contain the league’s best wide receiver. Running it back with Leonard Fournette at only $5,700 is a no-brainer. The Bucs want to run the football. You don’t believe me? They ran the ball 30 times last week with Ke’Shawn Vaugh and Geo Bernard. Also, last season “Playoff Lenny” rushed 64 times for 300 yards. If he plays, he plays in most of my lineups.

Tom Brady ($6,800) is missing two of his best wide receivers. Don’t tell him that though. The man has passed for over 700 career touchdowns, 10 to Mike Vrabel, so I’m not sure it really matters who is catching passes, as long as Brady is throwing the ball, they count. Lucky for Tom, he still has two of his best wide receivers in his crosshairs. Mike Evans ($6,800) and yes, I’m counting Rob Gronkowski ($5,800) as a wide receiver (wink). The man has 92 receiving touchdowns for goodness sake (winks twice). Brady found them both for scores last week in the win over Philadelphia and they both should see more red-zone opportunities again this week. It’s good to be the GOAT throwing to two future Hall-of-Famers.

Paying up for the Buccaneers’ side of this stack means paying down for your LA Rams run-backs. Cam Akers is back and is the lead back for the Rams, seeing 19 touches last week in the win over the Arizona Cardinals. This week he is priced at only $5,500 and you can stack him with Odell Beckham Jr. ($5,300) to complete a high-upside game Divisional Round DFS Stack perfect for single-entry mid-sized GPP tournaments.

Nobody likes stacking Jimmy Garoppolo. So why not just leave him out? On the other hand, Deebo Samuel ($7,600) is a must-play! He created a new position for himself this season, the “wide back.” The man had over 1,400 receiving yards and eight rushing touchdowns. That’s completely unheard of in the NFL. Deebo combines the best of both positions and is one of the most dangerous men on the football field each and every time he touches the ball. You can absolutely feel the electricity he brings. Aaron Jones ($6,800) has been boom or bust most of the season but makes a great contrarian play against those all-in on Rodgers and Adams. Jones has shown the ability to score 20 plus points with his receiving chops as an ace in Rodger’s pocket. It’s a long shot, but worth a gamble in cold weather where there’s 50% of snow.

Ryan Tannehill ($5,800) hasn’t had a great season, but he still quietly managed to average 17.2 DraftKings points per game. This week should see the return of Derrick Henry. Advantage Tannehill and every other skills position player who gets single coverage again. A.J. Brown is live, even Julio is worth a look this week. I like A.J. Brown the most at only $6,200 though. He’s explosive, scoring over 30 points three times in 2021.

If you don’t have enough money to pay up for Ja’Marr Chase at $7,600, Tee Higgins priced at $5,700 is very intriguing this week as a run-back option. Burrow should be throwing the ball all game long and Higgins will see single coverage most of the day. Higgins will have a 4-6 inch height advantage over both cornerbacks as well. I’ll be playing this stack in Cash games and in smaller GPP tournaments.

Getting involved early is important for A.J. Brown. He wants to let the DB he's going against know that it's going to be a long day. #Titans pic.twitter.com/C7a2SKyVjc

Travis Kelce ($6,500) was in playoff form last week, passing for a touchdown and scoring 28.8 DraftKings points in the Chiefs blowout win over Pittsburgh. This week the Bills vs. Chiefs 54 point total is six points higher than the other three Divisional games. There shall be points! There were earlier this season when Kelce scored 17.7 points in a 38-20 loss to the Bills. Kelce will see plenty of volume in this game and according to PFF, has the best tight end matchup of the week. Running it back with Isaiah McKenzie makes sense given his expanding role in the offense and his dirt-cheap $3,500 price tag. This Divisional Round DFS Stack makes the most sense in larger mass multi-entry fields.

George Kittle’s DraftKings price is the lowest I can ever remember it at only $5,300. I understand given his blocking role in the running game, but this week the 49ers are going to need Kittle to be Kittle if they are gonna keep up with Aaron Rodgers and the Green Bay Packers offense. Kittle should be able to get open with ease. The Packers gave up 871 receiving yards to tight ends and eight touchdowns. Davante Adams ($8,500) is the best Packer play this week so it makes sense that he makes his second appearance as a Kittle run-back option. This is one of the high leverage Divisional Round DFS Stacks that can be used in high-stakes single-entry tournaments.