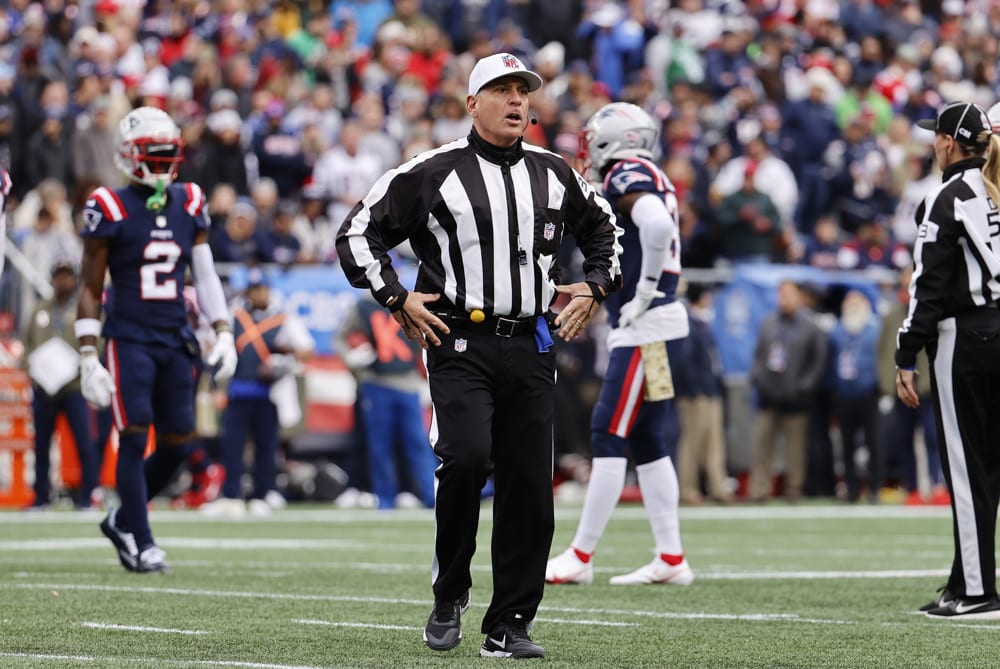 We are onto the NFL Divisional Round for the playoffs. Last week, we had a few profitable trends as Alex Kemp continued his strong trend for road teams. The 49ers beat the Cowboys on the road last week. Additionally, the Bills took care of business at home in a game where Brad Allen, a official trendy for home teams won in big fashion. Lastly, another game Clay Martin game went under the total bringing his record to 12-5.

This week we have four officials on assignment for the NFL Divisional Round. Let me dive right into the report!

Clete Blakeman and crew will officiate the first divisional matchup this weekend between the Bengals and the Titans. This season, Blakeman was another referee who was favorable to the home teams. In fact, home teams were 11-5 against the spread and 10-6 straight up. Furthermore, Blakeman ended the season 8-8 on totals but his average was 48.7.

Ron Torbert is assigned to officiate the NFC Divisional matchup between the 49ers and the Packers. Torbert does not have any spread trends that stand out. Home teams finished 7-9 against the spread and 9-7 straight up. Packers ML and 49ers cover? However, Torbert does have a strong trend on the total. This season, Torbert finished the season 11-5 to the Under with an average total of 43.8. These two teams did matchup in Week 3 in Santa Clara. The Packers won the game 30-28 as a three-point underdog.

If you followed the referee report all season long and saw the name Shawn Hochuli assigned to this game you’d know exactly what to do. Hochuli was the MVP of the season as far as officiating trends. As a matter of fact, road teams are 11-5 against the spread and straight up in games officiated by Hochuli. Furthermore, road underdogs were 9-2 against the spread in his games. These two teams matched up in Week 3 of the regular season in Los Angeles, the Rams won the game 34-24 as a one-point home underdog. Shawn Hochuli was another referee this season who was trendy to the Under. He finished the season 11-5 to the Under with an average total of 43.9.

John Hussey will be the referee in possibly the game of the week for this NFL Divisional Round matchup between the Bills and the Chiefs. John Hussey was an official favorable to home teams this season. In fact, home teams were 11-5 against the spread and straight up. Furthermore, home favorites finished the season 8-4 against the spread. Hussey finished 9-7 to the Under with an average total of 45.6. These two teams matched up earlier this season in Week 5 in Kansas City. The Bills won the game 38-20 as a three-point underdog.