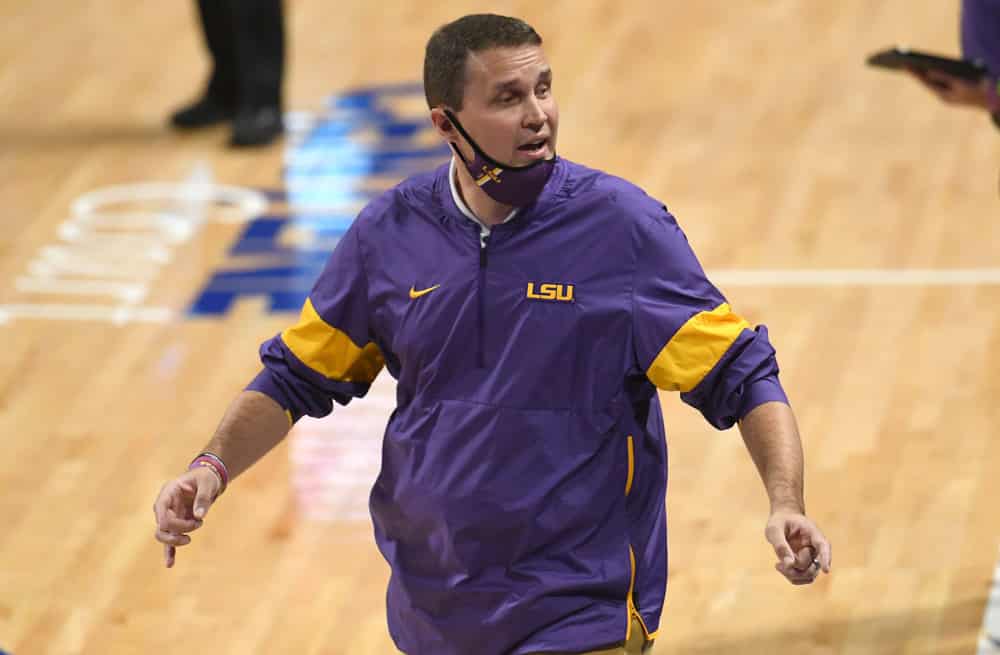 It’s time to turn the page folks. College Football is over and the NFL is winding down. It’s time to delve deep into college basketball. There are currently 358 programs playing Men’s D1 hoops. To the average bettor that may not follow the game that closely, that’s a lot of teams to get your head around. Allow me to assist with a list of the Top 10 College Basketball teams against the spread (ATS) through the first two months of the season. It’s an interesting list of undervalued NCAAB basketball teams that continually outperform Vegas’s expectations.

The Monmouth Hawks of the Metro Atlantic conference have the best ATS record in all of college basketball. They started the season with 12 straight covers before losing by 6 to Hofstra in a game where they were favored by 4.5. As a dog, they are 5-0 which includes a ML win vs Cincinnati where the Hawks were getting 11 points. As a road team, they’re a sparkling 9-0 ATS.

Also, with a better defense than most expected, the Under in Monmouth games is 9-4. As we get deeper into conference play, expect Monmouth to contend for the league title. The Hawks are a senior-laden team led by George Papas (G), Seton Hall-transfer Shavar Reynolds (G), and UNC-transfer Walker Miller (F). Get them on your radar now.

Also nicknamed the Hawks, MDES is perennially one of the worst programs in all D1. They sat out last year due to Covid but only won 5 games in 2019-20. Apparently, the time off served them well as the Hawks are currently 5-6 with wins over Fordham and Lehigh. They’ve also surprisingly kept things close vs teams like UConn (lost by 9 but the spread was 35), Liberty (lost by 12 but the spread was 20), and Saint Joe’s (lost by 2 but the spread was 24.5).

MDES has played three non-D1 schools which is why their ATS record only includes eight games. It also appears Vegas may be recalibrating. After starting off 7-0 ATS, the Hawks last played Charlotte and we’re only getting 12.5 points and lost by 16. So while they’ve improved, KenPom still has MDES ranked 343rd in the country. Only consider riding with the Hawks if they’re getting a boatload of points.

I feel like Davidson is always underappreciated. Sure, Steph Curry may not be taking the Wildcats to the Elite 8 anymore but HC Bob McKillop has been manning the sidelines since 1989. He’s now in his 70’s, has a 62+ career winning %, and has shepherded Davidson from an Independent to the Big South Conference to the Southern Conference and finally to the A-10.

This year’s squad has covered large spreads as a favorite (-19.5 vs William and Mary and -18 vs Radford) and as a dog (ML win at Alabama getting 9.5). As the ever-efficient offensive team (19th in KP), the Overs in Davidson games are 9-4.

Michigan State transfer, Foster Loyer, has been a great addition at PG and his backcourt mates Hyunjung Lee and Michael Jones also average double-digit PPG. The Wildcats are the 2nd best team in the country shooting 3’s and 22nd best from the charity stripe. Expect the covers to continue especially in tight games where the spread is in single digits.

MTSU is only 9-6 on the year and they’ve started conference play in a 0-2 hole. They have solid wins over the likes of Winthrop and Coastal Carolina but have mostly dropped the games vs better competition. However, with some preseason publications picking them to finish last in C-USA, the Blue Raiders have exceeded expectations which has led to the stellar ATS record.

While I don’t expect MTSU to contend for the conference title, their athleticism, especially on the defensive end of the court, can make it tough on opponents. In games where the spread has been greater than 10, MTSU is 5-1. Moving forward, I plan to take Middle Tenn when they are getting double digits at home in Murfreesboro vs the better half of the conference.

The Big Red of the Ivy League is getting no respect this year. In their first 12 games, Cornell has only been favored twice and has covered both times (vs St Francis (PA) and Dartmouth). Most of their success has come as a dog where they’ve covered large spreads against major conference teams like Penn State and Syracuse.

What Cornell does really well is score the rock. While they may not be the most efficient offensive team, their Adjusted Tempo on KenPom is 7th fastest in the country. That fast pace has resulted in nine games where the Big Red has scored more than 75 points and four games greater than 90. As you might expect, the Over has also done well (8-4) but the last two games have gone under as Vegas has adjusted the line accordingly. Either way, the backdoor is always open for the Big Red.

Finally, a major conference program. Good teams cover spreads in a variety of ways and for LSU – it’s all about a defense that ranks 1st in Adjusted D. LSU is 14-1 with the sole loss being at Auburn. The schedule has been relatively light but recent wins over Kentucky and Tennessee have proven their merit.

LSU lost a ton of talent in the offseason so most were expecting the Bayou Boys to initially struggle. However, two key transfers in Tari Eason and Xavier Pinson have blended well with returners Darius Days and Eric Gaines while the freshman (Efton Reid and Brandon Murray) should only get better. LSU is a force to be reckoned with in the SEC and I expect them to continue covering games, especially at home.

One more thing – as you might expect from one of the best defenses in all of college basketball, the Under in LSU games is 12-3.

Coaches: The “triple switch” is as common as brushing your teeth in Europe & the @NBA. It’s not as common in college & HS because many teams “switch out of convenience” & not as a weapon. Here’s a reason ⁦@LSUBasketball⁩ has the country’s No.1 defense. pic.twitter.com/qZYvrpSj9w

For the most part, the SWAC is a college basketball wasteland. For example, the Braves of Alcorn State went 1-11 in non-conference play but have started 3-0 within the league (winning each game on the road). Regularly getting a ton of points, the Braves have covers over the likes of Gonzaga, Houston, and Oklahoma. They are battle-tested and primed to play well in the SWAC.

Southern and Texas Southern may be the class of the conference, but Steve McNair’s alma mater isn’t far behind. All of these teams are in the SWAC-West which is clearly the better division. I’d be looking at fading SWAC-East teams in cross-divisional games vs Alcorn.

Another SWAC team? The conference may not be very good but there’s a ton of value in some of these overlooked leagues. Myself and the boys over at TCE have been all over the Southern Jaguars of late and they’ve reeled off seven straight ATS wins. Over the course of the season, the Jags have narrow defeats vs Louisville by 12, Kentucky by 12, and Dayton by 9.

Additionally, unlike Alcorn State, Southern has also jumped up and won some non-conference games. They have road victories over solid programs like Tulane and Kent State. They also took down Texas Southern last week by 13. With an all-Senior backcourt, expect the wins and the covers to keep coming.

Over the last several seasons, Belmont has been one of the most consistently excellent mid-major programs in the country. The Bruins went 26-4 last year and returned their entire roster so this year’s success should come as no surprise. There were some early season stumbles to Ohio, LSU, and Dayton but Belmont has reeled off seven straight wins and six straight covers. Vegas can’t put the lines high enough – the Bruins are 6-0 ATS when favored by double digits.

The top of the OVC is relatively strong with teams like Murray State and Morehead State competing with Belmont. Conversely, the bottom half of the league is dreadful. Belmont is 2-0 in league play with a 40 point win over SE Miss St (the line was -21.5) and a 26 point win over UTM (the line was -16.5). Don’t be scared to lay big points with Belmont vs the bottom of the conference.

The Cal Bears have come out of nowhere to have a very solid start to the CBB season. After a 9-20 season a year ago and an offseason where their leading scorer (Matt Bradley) transferred out, Cal was generally thought to be the worst team in the PAC-12. However, returning Forwards Andre Kelly and Grant Anticevich have stepped their games up and Charlotte-transfer Jordan Shepherd has been a great addition on the perimeter.

The Bears have been successful in slowing down the tempo (320th fastest in the country) and locking down on defense. By limiting the number of possessions, they’ve been able to keep better teams within reach which had led to covers. The most recent example – only an 8 point loss at home to UCLA. Lacking top-notch talent, Cal certainly has a ceiling but I like taking the Bears while playing at home and getting points.