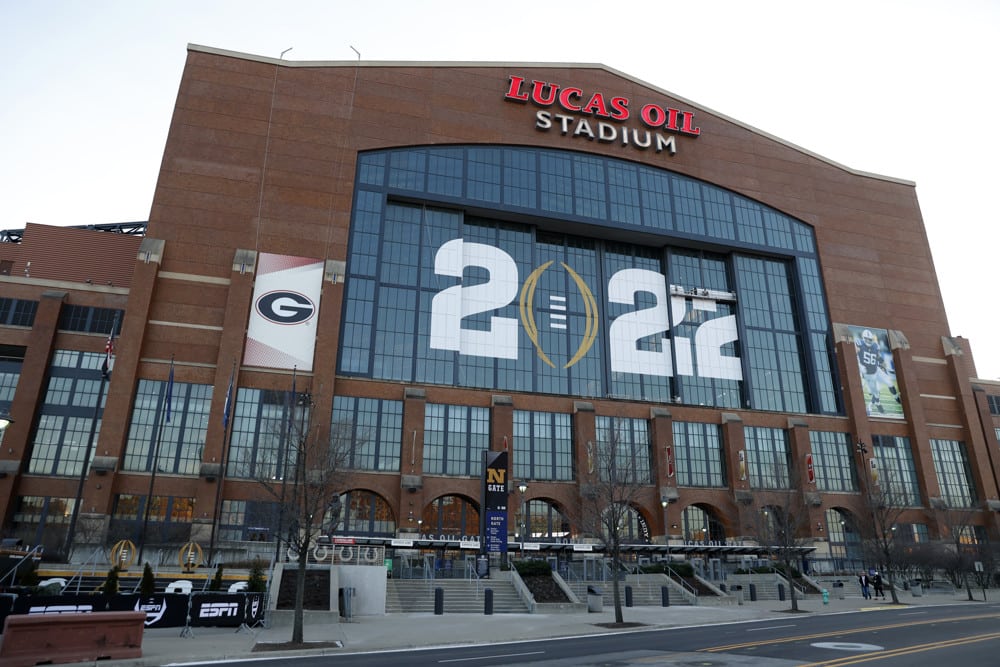 We have reached the final college football game for quite some time and it is a bit bittersweet as I know I will be sad to see it go. But man, what a great National Championship title game we have to look forward to. A rematch of the SEC title game featuring two of college football’s best head coaching minds. We’re looking at some National Championship Props to cash in on!

Georgia took care of business against a very talented Michigan defense to get themselves to the finals. Alabama cruised to a fairly easy victory against Cincinnati as the talent disparity was fairly large on either side of the line of scrimmage. Neither team saw much success against the other on the ground in the SEC title game.

In this article, I will break down some potential coaching adjustments as well as their impact on the possible player props bets.

Bryce Young threw for over 400 yards in these two teams’ last meeting. Significantly missing from this potent Alabama offense in the rematch will be wideout John Metchie III. Metchie, who was viewed as a potential top-50 player in terms of the upcoming draft. He suffered a season-ending torn ACL ended his 2021 junior campaign.

As a fan, you hate to see any player suffer a season-ending injury like Metchie’s, but as a bettor, an injury such as this creates value on player prop bets amongst the other stars that make Bama’s offense hum.

Alabama seemingly had no trouble moving the ball through the air against Georgia. However, the semifinal game against Cincy was a different story entirely for the Bama air attack. Cincy did a great job keeping Young contained in the pocket and only allowed the Alabama QB 12 yards on the ground. This is significant because the Bulldogs gave up 40 rushing yards to the Tide QB. I’m confident that in the national championship game we’ll see Georgia’s head coach Kirby Smart try and mirror that same type of approach to keep Young in the pocket.

If it ain’t broke, why fix it? As previously mentioned, Young found success against this Bulldog secondary, however, Alabama seemed to struggle on the ground against the stout front of the Bulldog’s front seven. Alabama’s featured back Brian Robinson Jr. managed just 55 yards on 16 carries. The following week against Cincy was a different story entirely as Robinson Jr. rushed for a whopping 204 yards on 26 carries, an impressive 7.8 yards per clip. I think we see a bit of an inflated number this week against a defensive front simply in another class than Cincy’s.

This leads me to both his rushing yards under as well as his receiving yards over. In their last meeting, Robinson caught 2 passes for 16 yards and I expect a bit of an uptick there.

Unlike Young, whose numbers were down in their semifinal game. Stetson Bennett has played some of his better football down the stretch. Bennett, who averaged just under 203 yards passing per game this season, threw for 313 yards with three touchdowns in their game against Michigan. Bennett played similarly well against Alabama in a losing effort in the SEC title game putting up 340 yards and three more touchdowns. What hurt him was the two interceptions, one of which was a pick-6.

The semifinal game was a remarkable performance against Michigan, a defense who allowed just 196.1 passing yards per game going into the contest. Perhaps Bennett is playing his best football at the right time. Georgia did not muster much on the ground last time out and I would not be surprised to see them abandon the run game early.

Instead of focusing on trying and setting up easy throws for Bennett to stay in this rhythm, he’s found. Georgia knows if they want to win the national championship, they are going to have to get another big-time performance from their signal caller here and if he can limit the turnovers they should have a pretty good shot at putting up points.

Nick Saban hasn’t been a college football legend for as long as he has without being able to make adjustments. Georgia wide receiver Brock Powers was very impactful against this Bama secondary in the first matchup. Powers racked up 10 receptions for 139 yards. You can bet your bottom dollar Saban is going to make Benson’s other weapons beat them. In the rare times a team has to face Saban twice I look for Saban to make proper adjustments and a good way to do that is to target player prop bets. I look for guys like George Pickens and Jermaine Burton to step up and be bigger parts of this Bulldog offense, while Powers receives more attention. Pickens and Burton combined for just five receptions and 77 yards in the SEC title game. They will have to contribute more this time around.

I also anticipate Georgia working in some shorter throws out of the backfield. This will help to offset the trouble they may have rushing the ball as they did in the first matchup. This will not only take pressure off Bennett and allow him safer throws, but it will also force Bama to not just sit back in coverage.

The Georgia Bulldogs did not see much success on the ground against this Crimson Tide defense last time they met. The running back by committee style they employ features James Cook, Kenny McIntosh, and Zamir White. This running back trio combined for just 97 yards on 22 carries. Not a horrible average but against a team like Alabama, but ultimately wasn’t impactful. This forces you to look for other ways to get your skill players involved. Jared Cook may not have been very effective on the ground but he did have four receptions for 28 yards. If Alabama focuses on Bowers as I expect them to, James Cook could provide a boost. Cook caught four passes in his last two outings which is a significant uptick from the 1.4 receptions per game he’s brought in over the first 12 games of the year.