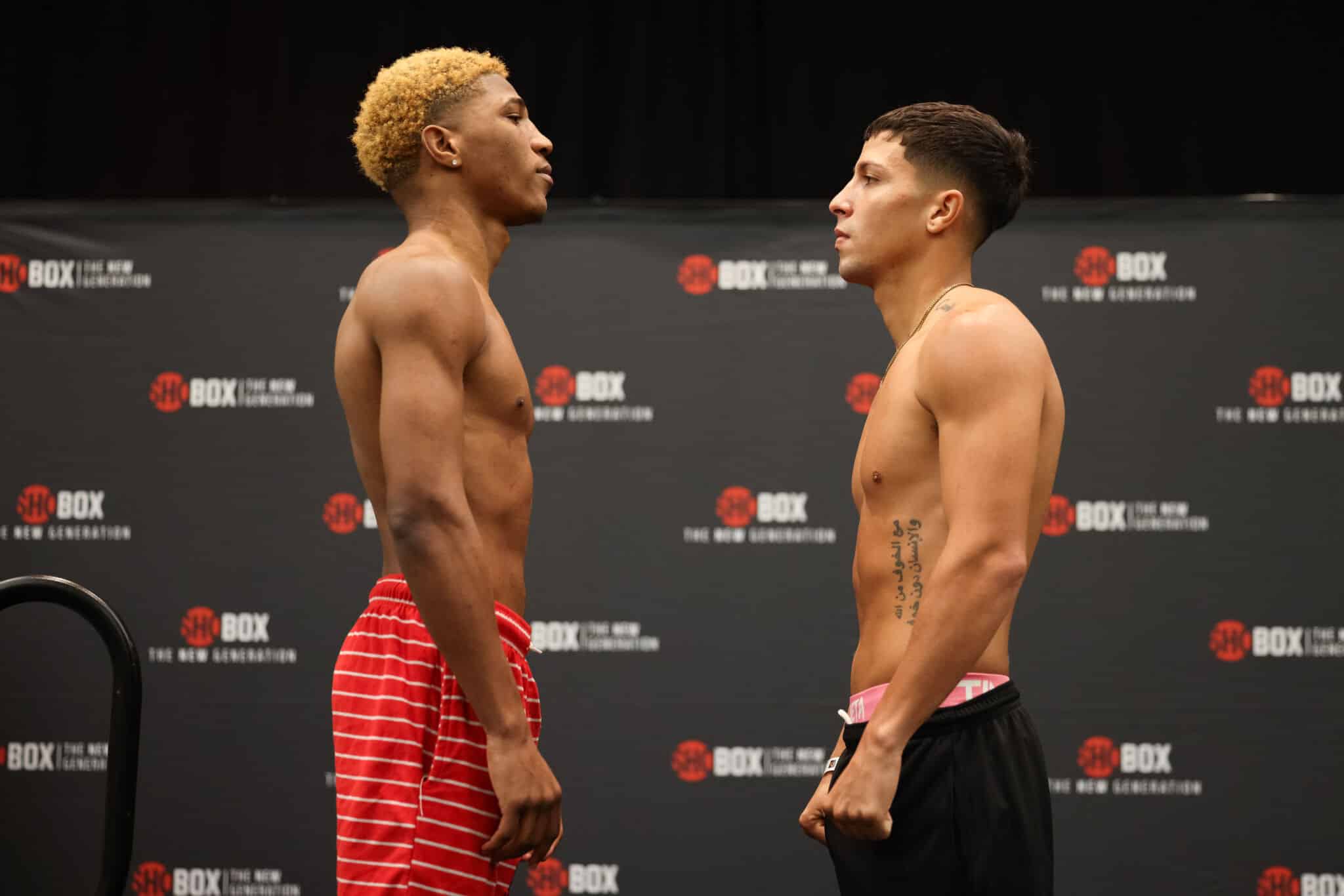 It’s a brand new year and we’re ready to get rolling in the ring and on “the Big Fight Weekend Podcast” with a Showtime Boxing “ShoBox” prospect fight card in Orlando, FL Friday night.

Host T.J. Rives is back with Sr. Writer Marquis Johns of BigFightWeekend.com to go over the news of the first week of the year in boxing. This includes the making of the upcoming trilogy fight between Super Flyweight Champs Roman “Chocolatito” Gonzalez and Juan Francisco Estrada for March. Those guys fought arguably the fight of the year in March of 2021 with Estrada winning a narrow split decision..

They also talk the decision of former Unified Heavyweight World Champ Anthony Joshua to dump his long time trainer Rob McCracken prior to an upcoming rematch later this year with new champ Oleksandr Usyk of Ukraine. Will the switch in the corner make a difference for Joshua to try to get his belts back for a second time in a Usyk rematch later this year?

Next up, T.J. welcomes Brian Campbell of Showtime Sports to preview their “ShoBox” fight card Friday night in Orlando, as unbeaten Featherweights Luis Nunez of the Dominican Republic and Carlos Arrieta of Puerto Rico (photo top) battle in the main event. It’s the 21st season starting up for “ShoBox” series that has constantly featured” up and coming”, future world champs early in their careers. Plus, Brian Campbell is now on the broadcast with Hall of Fame play by play man Barry Tompkins on the call.

Finally, T.J. and Marquis go over the ShoBox three fight card with odds and predictions for “short term investment” purposes.

Hear it all on “The Big Fight Weekend Podcast” and make sure to follow/subscribe on Apple Podcasts, Spotify, Google, etc.!!