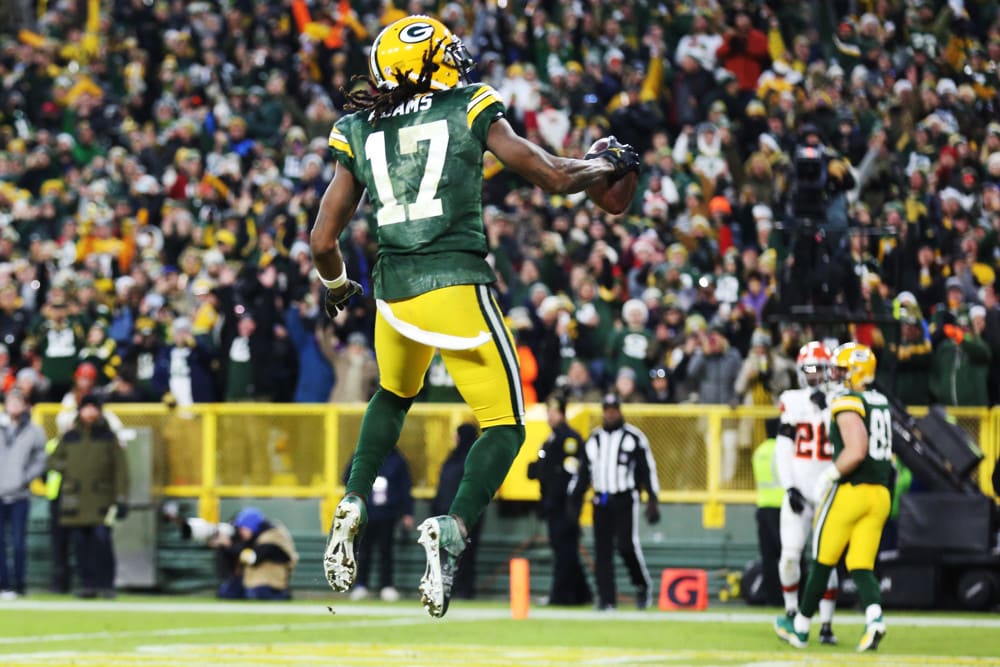 There are just two weeks left in the NFL season and I am looking to close out the season strong! Sunday Night Football features an NFC North clash between the Minnesota Vikings the Green Bay Packers. The big news is this game is that Kirk Cousins will not be available for the Vikings as he tested positive for COVID-19. Additionally, the Packers look to add another win to their season as they try to lock up the #1 seed in the NFC. Let me dive into the player props for the Sunday Night Football game!

To no one’s surprise, Davante Adams is having another stellar season for the Green Bay Packers. In fact, Adams over his career has dominated the Vikings’ defense. Over his last five matchups, Adams has exceeded 100 or more receiving yards in four of those games. Additionally, in their Week 11 matchup against the Vikings, Adams had 115 receiving yards to go along with two touchdowns. Despite the freezing conditions, I believe Adams will have another big game for the Packers.

The big news for the Minnesota Vikings is they will be without their starting quarterback Kirk Cousins who tested positive for COVID-19. The Vikings will be starting Sean Mannion tonight. I am going to fade Jefferson tonight. As I mentioned above, the weather conditions will make it difficult for the offense to move the ball tonight especially with a backup quarterback for the Vikings.

Aaron Jones has been a part of the passing game over the past three weeks for the Green Bay Packers. In fact, in three out of the last five weeks, Jones has gone over this projection. Furthermore, the Vikings’ pass defense against the running back position has been less than stellar. Opposing running backs have exceeded this number in 11 of the 16 games so far this season. Additionally, the Vikings are allowing opposing running backs to average 4.7 receptions and 33 receiving yards per game this season.