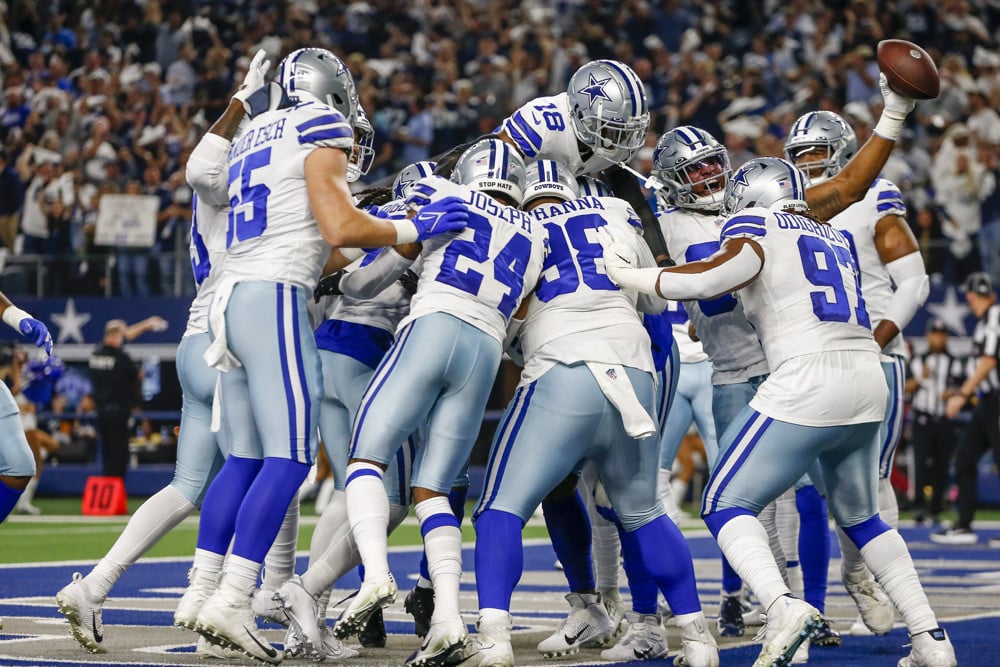 Only two weeks remain in the NFL regular season and this week’s NFL Survivor Pool picks should help you live to see the final week.

The Lions are no strangers to spoiling the party and they did exactly that last week. Much like the Jags did to us earlier in the season, Detroit broke a perfect week with their loss in their first appearance in this column. Nonetheless, if you picked any of the other three, you survived another week. That included another first-timer to the article in the form of the Jets. This week though features a quartet of favorites. It includes another first introduction of a struggling team with a great matchup.

Not much has gone right for the Bears this season. After drafting Justin Fields as their future starting quarterback, Chicago rolled Andy Dalton out to open up the year. Dalton got hurt which allowed Fields to get his shot. Fields struggled and so did the offense. It then was left to the defense to try and keep the team competitive. That became hard to do once their star linebacker Khalil Mack went down with an injury. That said, the Bears are in a position to post back-to-back wins for only the second time this year. Last week, Nick Foles led the team to a one-point win over the Seahawks. Both Dalton and Fields are practicing this week. Either one will be sufficient to come out on top of the Giants on Sunday. Surprisingly, the Bears are 3-0 as favorites and 2-0 as home favorites which they are this week.

Disappointment is something both Bears and Giants fans have in common this season. After grabbing Kenny Golladay in free agency, Daniel Jones and the offense were supposed to go to the moon. Instead, it failed to get off the ground. Even the return of Saquon Barkley was short-lived and uneventful. Recently, they have had to turn to Mike Glennon and Jake Fromm to guide their offense. Needless to say, the experiment has born no fruit. New York’s NFC team is in the midst of a four-game losing streak with no end in sight. Over that span, they have allowed 112 points to their opponents. New York has only managed 46 points in response. It’s a safe bet to take anyone playing the Giants for the rest of the season and it starts this week. Especially since you probably haven’t crossed the Bears off the list yet.

Very little analysis needs to be done with this NFL Survivor Pool pick. Obviously, the Bucs have been one of the strongest teams all season. Obviously, they seem to be able to overcome what would be devastating injuries for most teams. To that end, they continue to be a powerhouse in spite of which players suit up week to week. It’s what’s gotten them their 11-4 record so far this season and why they have already clinched the NFC South. It’s what has them in the mix for the first overall seed and a first-round playoff bye. They boast a 5-3 record as favorites on the road which is how they enter this week’s game. You may have already been saving this pick for this exact game as a free ride to Week 18. If so, fire it up.

Much like many of the fads over the years, the Jets were the darlings last week, but find themselves back on the shelf this week. Last week, they barely held on to defeat the worst team in the league. This week, they face the best team in the league. It will be difficult for the New York defense to slow down Brady. It will also be difficult for Zach Wilson to get anything going against the Buccaneers’ defense. Against the Jaguars, Michael Cater was able to rush for 100 yards. This week, he is going up against a defense who has only allowed one back to reach that mark all season. Of course, there are no guarantees in this league, but a Jets loss this week seems about as good as any.

The Cowboys were embarrassed on national television on Thanksgiving. They must have taken that personally. The day after Christmas, the world watched as Dallas completely dismantled Washington on Sunday Night Football. The Cowboys scored 21 points each in the first and second quarters while holding The Football Team to a single first-half touchdown. Dallas accomplished this with a little bit of everything, including a pick-six from the defense. They have won four straight since that ill-fated Turkey Day debacle. They’ve already clinched the NFC East, but still have the overall first seed in their sights. Beating their opponents this week will go a long way to getting there. They have momentum on their side and have remained relatively healthy down the stretch. It could very well be the edge they need to win this game.

Health has certainly been an issue for the Cardinals the last several weeks. At one point in the last month, Arizona has been without its starting quarterback, its star wideout, and its main ball carrier. Over the last two weeks, they have begun losing important defensive pieces as well. Most notably, star safety Budda Baker who enters Week 17 questionable with a rib injury. The team is a three-game slide that includes an embarrassing loss to the Lions. They will most certainly have their hands full against a surging Cowboys team this week. In fact, they will be too full. In spite of Arizona being in the mix for a number one seed in the NFC, overcoming their recent bad luck may prove to be too much. This NFL Survivor Pool pick will go against them and their sudden loss of momentum.

This is probably the riskiest play of the week and yet not at the same time. For whatever reason, the Seahawks have fallen off of a cliff this season. They’ve been the powerhouse of the NFC West for a decade but now the shine is off the star. They are staring down their first losing season since 2011. There are questions surrounding the future of their franchise quarterback. None of this has given much hope to Seattle fans for the rest of the year. That said, they will get Tyler Lockett back this week and Rashaad Penny is running well as of late. It may not end up being pretty this Sunday, but Pete Carroll should have enough weapons at his disposal to take down his opponent.

You can call this punishment for ruining a perfect week last week. Detroit finds itself here again, but this time as the target for this NFL Survivor Pool pick and not the pick itself. As was noted, the Lions were supposed to be able to take care of the floundering Falcons. They did not. Of course not having Jared Goff at quarterback did not help, but Tim Boyle almost had what it took to win. Almost. Goff will return to meet his former NFC West rivals, although he does so with a shell of a team. There really isn’t much more to add to why the Lions will not win this week except the fact that they have only not lost three times this season. There is very little to suggest they will add to that this week.