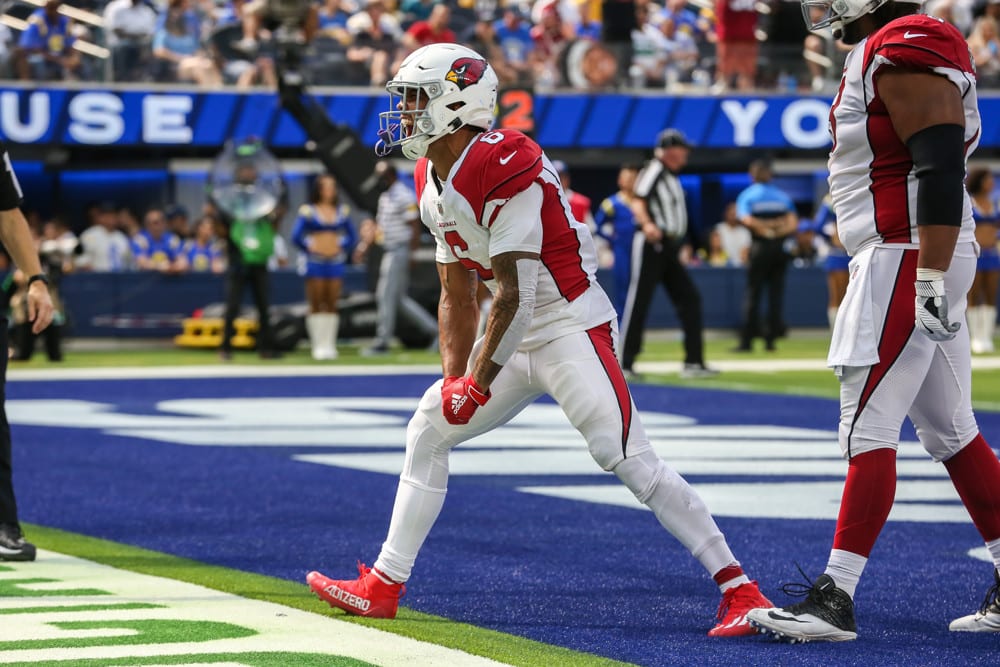 The Playoffs are upon us, along with the SGPN Fantasy Football Rankings update to help you navigate them. Our staff is among the best and gives you a variety of opinions to help make your start sit decisions a little easier. Thankfully we do not have to deal with bye weeks in Week 15. However, there are some COVID breakouts and injuries to deal with this week. Most notability with Odell Beckham Jr., Keenan Allen, Lamar Jackson, and a lot of the Browns starting offense. Below I have highlighted a few risers and fallers for Week 15.

It’s time to accept the facts, in Half and Full PPR format Hunter Renfrow is a must-start. From Weeks 12-14 he is the WR2 in PPR formats averaging over 23 points a game, only trailing Cooper Kupp. Along with this, he has moved up to the WR12 on the season in PPR scoring. He has seen 34 targets over the past three weeks, producing over 100 yards in each week.  He does draw a tough matchup in the Cleveland Browns this week. However, they have been hit very hard with a COVID breakout, this could end up forcing some defensive starters out. I expect Darren Waller to possibly miss the Week 15 game again as he nurses the knee injury.  Due to this and his emergence, Hunter Renfrow rose up our Week 15 Fantasy Football Rankings.

Sadly we see Cordarrelle slip down our Week 15 Fantasy Football Rankings. Over the last two weeks, the Falcons have started to involve Mike Davis and Russell Gage more. This has seemed to cause a dip in the production of Cordarrelle Patterson. He has only produced 12 and 13 points in PPR formats the last two weeks.  He has seen 29 carries and 10 targets over the last two weeks, so the volume is present. However, Week 15 does not look much better facing a 49ers team who has only allowed 24 PPR points to opponents running backs weekly. This will make him a solid RB2-FLEX option, depending on a touchdown or not.  However, this is a dip for a guy who was performing at an RB1 level for most of the season.

Finally getting his shot in Week 8 of the NFL season Brevin Jordan has emerged as a solid streaming option at the tight end position. Although he is slightly touchdown dependent. As his only double-digit PPR performances have come in games he scored. This would normally be worrisome however, this past week he saw 7 targets from new starting quarterback Davis Mills. Which he produced 4 receptions for 26 yards and a touchdown. Along with that and the matchup with the Jaguars who allow 13 PPR points to the position weekly. This is becoming a favorable week for what seems like a new favorite target in Houston. For this reason, he has risen up our Week 15 Fantasy Football Rankings.

Since Week 7 James Conner has been on a tear for fantasy football. He scored a touchdown in 5 straight games from Week 7-11 and even had back-to-back weeks with two or more touchdowns. That gives him four multi-touchdown games this season. He has produced two 30 plus point weeks in this span. This week we may see Chase Edmonds return to the Cardinals, this could affect James Conner negatively. However, I expect them to limit Chase Edmonds in his return. In a matchup with the Lions in Week 15 who allow the 4th most PPR points to running backs, I expect James Conner to finish as a Top 10 running back. Due to this, he rose up our Week 15 Fantasy Football Rankings.