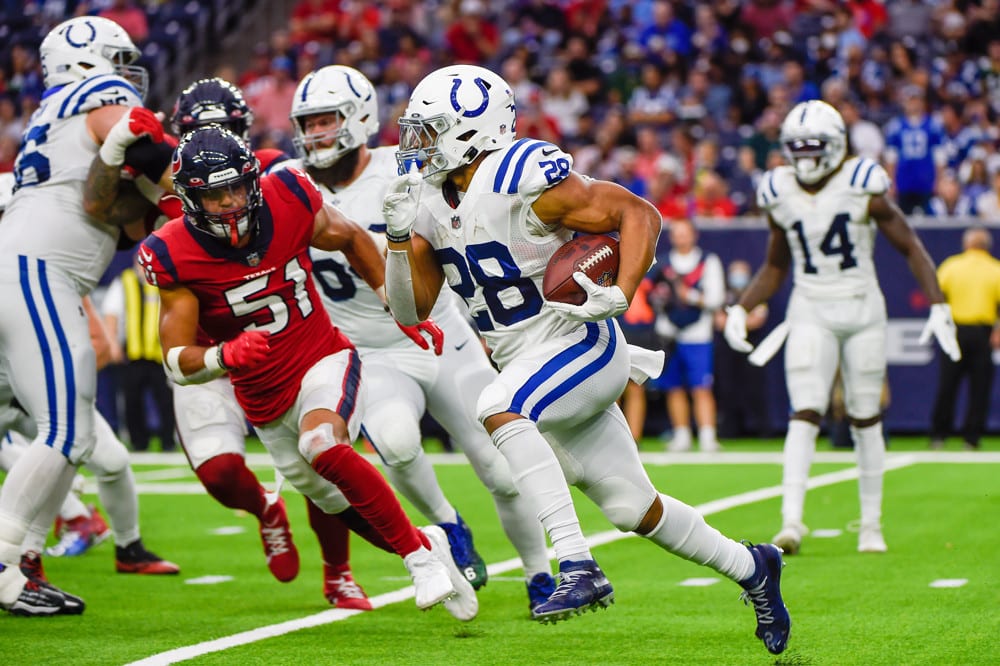 December has started and your playoff picture is probably becoming clearer. Whether you’re ready to fight through the playoffs or trying to forget the year, we all have one thing in common. The need to continue building the best dynasty team. The need to continue winning year after year. Maybe you have your core players set or maybe you’re beginning a rebuild. Either way, the Fantasy Football Dynasty Trade Value Chart will help you navigate offseason trades to continue building your roster. Using the Dynasty Trade Value Chart can help you value your players, draft picks, and help you weigh all your options as you continue towards fantasy football glory.

In case you didn’t get a chance to review the last Fantasy Football Dynasty Trade Value Chart let’s go over the methodology once more. The rankings system we use takes FantasyPros best, worst and average rankings, as well as a standard deviation. We also look at average fantasy football points per game, because let’s be honest, points are what it’s all about. Another metric we look at is a player’s age. Somebody who is 22 is going to have more weighted value than a player that is 32. Taking all that into consideration and running it through our formulas, we are able to assign a value for each player. This value can be used to help weigh your trades and improve your future team!

Returning from injury Kyler Murray showed no rust as he accounted for four touchdowns. Good performance keeps Murray remains the top quarterback on the Dynasty Trade Value Chart. After a disappointing month in November, Patrick Mahomes has started to bounce back and jumped to the number two spot. He passed Josh Allen, who now sits at number three. Remaining at number 4, Lamar Jackson continues to earn fantasy points with his legs and arm. Dak Prescott falls out of the top 5 to make way for Justin Herbert in 5th and Joe Burrow in 6th. Both young guns are playing extremely well. If you’re tired of streaming quarterbacks, use the Dynasty Trade Value Chart to see which QB’s you should target to lead your dynasty.

RT if you're glad to have Kyler back.@K1 x #ProBowlVote pic.twitter.com/lHY9womPBw

The top player on the entire Fantasy Football Dynasty Trade Value Chart doesn’t change as 22-year-old Jonathan Taylor is the top dog again. He continues to put up fantasy points and score touchdowns and is the best piece to build your dynasty around. Continuing his climb, coming in second is rookie Najee Harris. The Steelers have committed to using Harris more the past two months and he has been a consistent fantasy piece. Ending the season on the IR, Christian McCaffrey falls to number three with question marks surrounding his health. Remaining in 4th, Alvin Kamara isn’t scoring the same as he did when Brees was around but is still a big piece of the Saints’ offense. Climbing into the top 5 for the first time, D’Andre Swift was proving he can stay healthy and continuously put up fantasy football points even on a bad team. A small injury will cause him to miss a couple of weeks, but he’s still a valuable piece. If you have multiple running backs in the top tier, use the Dynasty Trade Value Chart to potentially move one of them for another position you struggle with.

Never leaving the number one spot on the tight end portion of the Dynasty Trade Value Chart, Travis Kelce remains at the top even at the age of 32. Coming in 2nd in target shares on the team Kelce continues to make a huge impact on your fantasy football teams. Recovering from injury and stepping right back in, George Kittle has 5 touchdowns in the last 5 games and 379 yards. Staying in 3rd place, Darren Waller remains a top target for the Raiders. Prior to exiting with an injury, Waller was accounting for 23% of the target share. Falling out of the number two spot, rookie Kyle Pitts came back down to earth a little, still making an impact but not putting up as many points. Staying in 5th place Mark Andrews continues to be a consistent target for Lamar Jackson making them a great stack for fantasy football teams. Climbing up the Dynasty Trade Value Chart, Pat Freiermuth sits just outside the top 5 at the 6th spot.