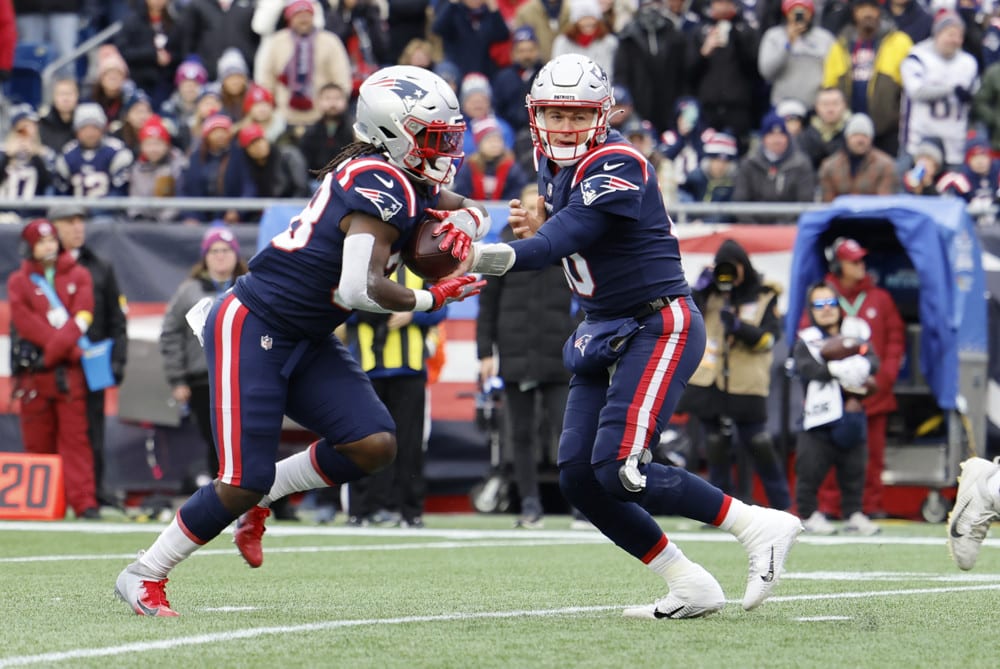 The much-anticipated game of the week between the New England Patriots and the Buffalo Bills kicks off tonight . The stakes could not be any higher for this Monday Night Football game between these two teams. The outright division lead is on the line in this game. As if the game did not need any more excitement, I have four NFL player props for the Monday Night Football action! Let me dive right into it!

First, the weather conditions are going to have a significant impact on this game tonight. The weather is calling for low temperatures, heavy winds, and the possibility of snow. As a result, I expect to see the offenses be run-heavy in this game. Furthermore, Rhamondre Stevenson has become an important part of the running game for the Patriots. As a matter of fact, Stevenson has exceeded this projection in every game over the last four weeks. Despite the Bills having one of the best rush defenses in the league, the Bills rush defense has dropped to #13 over the last three games. Give me the over to kick off my NFL Player Props for Monday Night Football!

The New England Patriots are one of the best defenses against the tight end position. In fact, over the course of the season, the Patriots defense is allowing an average of three receptions and 28 receiving yards per game. I do not expect much action or targets for Dawson Knox in this game. Give me the Under to continue my MNF NFL Player Props.

At plus odds for this bet, I will take it to round out my NFL Player Props for tonight. Damien Harris has eight touchdowns on the season thus far including a touchdown scored in six out of the last seven games! If it gets down within the 10-yard line in the red zone, I expect Harris to get the touches to punch it in!