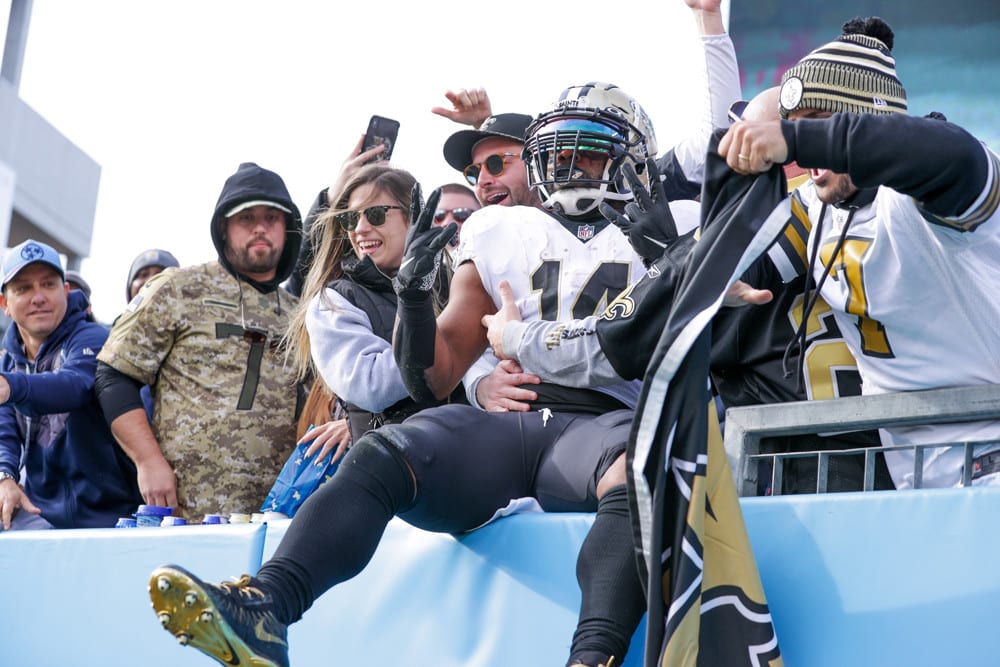 This Week 13 NFL Thursday Night Football article comes just under the wire, but for good reason. So much of what the New Orleans Saints plan to roll out against Dallas has been up in the air this week. Would Taysom Hill be the starting quarterback? Was this the week Alvin Kamara would return? Add that to the wait for confirmation that Amari Cooper would be activated in time to play and making suggestions for this slate became difficult. But, things have cleared up and now, it’s safe to give you this week’s DraftKings plays for the Thursday night matchup. So, with no more fanfare, here are the players to load up on as you build your lineups.

As always, the players below are not meant to be considered a “core.” These are simply players to consider as you are building your lineups. Play one, play them all, it is entirely up to you. My job is to help you see the reasoning behind selecting these players and how they can help you win.

Most people, CeeDee Lamb included, thought the young Dallas wideout would suit up on Thanksgiving Day. Unfortunately, several independent concussion consultants were not among those people. Having not cleared the protocol, Lamb was forced to watch his team lose to the Raiders, from the sidelines. Dallas certainly missed him. In four of his last six outings, he registered double digit fantasy points. This includes three over 20 fantasy points and one 39 point showing. Even with Cooper on the field, Lamb is a huge threat. Lamb has outscored Cooper in three of the last five games the two have been on the field together. Amari Cooper has returned from the COVID list, but Lamb should still enjoy a highly productive day. This Week 13 NFL Thursday Night Football play is a lock.

That highly productive day will come at the hands of the worst passing defense in the league. The Saints are allowing almost 40 fantasy points per game to the wide receiver position. Granted, they have tightened up some over the past couple of weeks all things considered. Two weeks ago, the Eagles’ tight end was their leading pass catcher. Last week, even in a blowout, Stefon Diggs only had seven catches for 74 yards against them to lead the team. Surprisingly, the Saints are giving up the fewest fantasy points per game to opposing running backs. This means Dak will have to add even more pass attempts to his 90 over the last two weeks if he hopes to beat New Orleans. If Lamb is his main target in doing so, the fantasy points should flow. This Week 13 NFL Thursday Night Football play is a lock.

There is no denying that Ezekiel Elliott sits at the head of the Cowboys running back table. As such he will always eat first. That said, Tony Pollard has begun to inch his chair closer to his counterpart’s chair over the last few weeks. Together, they have become an unlikely running back by committee in Dallas. While Pollard has been active for the better part of the season, the last three games have seen a boost in his production. He’s had two double digit fantasy performances in that span. Most of his success in that span has come from the receiving game. Pollard secured 12 of his 13 targets for 108 yards over the course of the last three weeks. He’s trending in the right direction for continued usage.

While the Saints defense is tough to run against, running backs have been able to catch the ball against them this season. All told, New Orleans has allowed 46 total receptions to the position for almost 500 yards. Over the last three weeks, backs have caught 9 of 12 targets for 83 yards and a touchdown. The way to beat the Saints is through the air. This works well for the potential of both Cowboys running backs and each of them factor into the passing game. With that in mind, you can expect Dallas to pull no punches and throw the ball to everyone and anyone in this game. Pollard stands to benefit from this and is a cheaper option than Zeke in some of your Week 13 NFL Thursday Night Football multi entry lineups.

There was much excitement in New Orleans over Mark Ingram’s homecoming. The Saints brought him back to be a security blanket for Alvin Kamara, in case of an injury. Over the last couple of weeks, he’s fulfilled that role. Over the last two weeks without Kamara, Ingram has carried the ball 30 times for 135 yards and a touchdown. He’s also added 10 receptions for 86 yards on 15 targets to his totals. Each produced a double digit fantasy day. With Kamara looking highly doubtful for the game, Ingram’s stock once again shoots upwards.

"I am healthy. I feel good. I am ready to go this week," – Mark Ingram pic.twitter.com/TbyaA7gsoT

So far, the Cowboys have been fairly stingy against opposing running backs. That said, New Orleans has been committed to the run despite the game script. With Taysom Hill getting the start at quarterback tonight, handing the ball off may become essential to his survival. If you pencil in Ingram for at least 20 total touches, he will more than crush value. Getting a lead back at a flex price is a free square in your Week 13 NFL Thursday Night Football lineups.