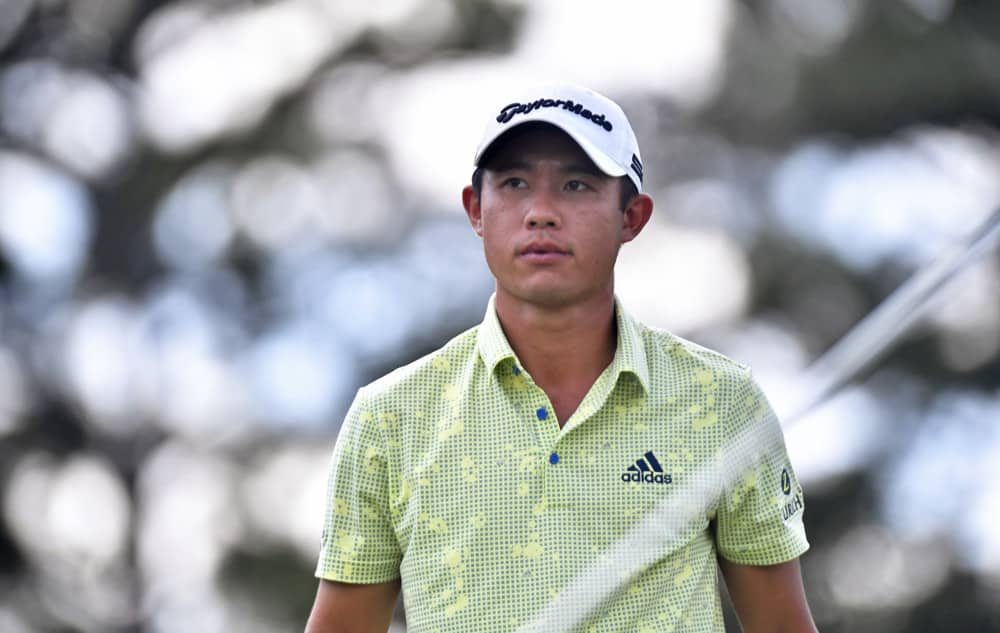 The most talked-about golfer, however, is one that’s far down the odds board.  Patrick Reed made significant waves at the last Hero World Challenge. He was caught on camera purposely scooping sand from behind his ball to improve his lie in a waste area:

There have always been whispers about Reed’s propensity to cheat. But this was blatant! This started a wild week that culminated with his caddie punching a fan at the Presidents Cup for harassing him for the incident. Will Reed use the controversy of 2019 as a motivation? We’ll see.

The Albany Golf Course and Resort first opened in 2010. Ernie Els designed the golf course with consultation from the Greg Letsche Golf Design company. Situated 10 minutes from the Nassau airport, the golf resort is perfect for tourists as well as for visiting professionals looking to stay and play there. Players such as Justin Rose, Ian Poulter, and Tiger Woods also own property on the resort.

Ernie Else drew inspiration from some of the most recognizable tracks around the world. His overall concept was to try and recreate a firm and fast place like Royal Melbourne, running through windswept sand dunes with very little rough and native waste areas flanking the fairways. He recreated the 13th at Muirfield (where he won the 2002 Open Championship) with the Par 3 second hole by carving the green into the sand dune. Most of the greens at Albany GC are turtleback shaped, similar to that of Pinehurst (another sand dune golf course – sensing a theme here?).

However, the piece of property he picked had absolutely none of the natural features required to recreate those places. The property originally was all rock and is almost completely flat. The golf course required significant land alteration. This also included grinding up the rocky terrain to manufacture sand dunes and plant native species of vegetation in sandy waste areas. Despite having to manufacture a golf course that’s supposed to look natural and rugged, overall they did a pretty good job in doing so.

The golf course is wall-to-wall Bermudagrass, and it plays best when firm and fast. Albany Golf Course features pretty generous fairways. In 2019, the field peppered them all week with a 72% clip. Wind ultimately determines where the scoring winds up. Typically, the winning score is between -15 and -20.

Overall, there’s not much statistical data to parse through to try and handicap the field. Not only is no ShotLink data kept, but it’s also an all-star field. Almost everyone in the field is live. Trying to parse through stats like proximity data or Par 5 Scoring from some of the best players in the world is a futile exercise. Plus, most of the long-term strokes gained data on everyone is very old and possibly irrelevant.

The wide, firm, and fast golf course also aids in parity. Though the golf course is almost 7,400 yards long, its firm nature allows significant rollout. It doesn’t give bombers an edge. If anything, this golf course has generally favored players who can take advantage of the wide fairways by staying out of the waste areas as much as possible. It also tends to be players who historically scramble well off of tight Bermuda lies. And targeting players who putt well on Bermuda is always a plus.

As such, here are my picks for the Hero World Challenge.

At this point, I’ll back Morikawa at almost any number. The kid is a stud. He has moved on from the ball striking woes that plagued him in the FedEx Cup playoffs. And it seems like he’s found some consistency with his putting. Morikawa gained 3.86 strokes putting at the CJ Cup to help him finish 2nd. He followed that up by gaining 2.52 strokes putting at the DP World Championship, which he won running away. Anyone who consistently stuffs their irons inside 15 feet and finds magic with the flat stick is virtually unbeatable. Morikawa has demonstrated this ceiling a lot in 2021. Bet him again, even at the short number.

Absolutely zero buzz on Schauffele lately. Overall he was fine at the CJ Cup and didn’t lose strokes in any statistical category. But on the odds board, he’s grouped around Spieth, Burns, Ancer, Berger, and Scheffler. Of this group, I think only Burns can rival Schauffele. At one point, Xander was priced around the mid-teens in almost full-field events. Now he’s 14/1 in a 20 person field? At his best, Xander can hang with anyone on tour. Bet him with the steam off of him.

Albany Golf Course isn’t a golf course that eliminates bombers from contention. As long as players consistently find fairways, they can rely on strong iron play to put themselves in a position to score.

It’s these types of tracks that give Abraham Ancer a chance to win. He’s also been playing some really solid golf over the last few months. Aside from a poor performance at the Shriners, Ancer hasn’t finished lower than T27 in his other 5 starts, including three Top 10’s. His last start, a T27 finish at the DP World Championship, was sabotaged with poor putting. Otherwise, he hit the ball great in the tournament. If he finds some form with the putter, he can pull off an unexpected victory.

My hesitancy for Hovland is how poor of a scrambler he is. It was my chief concern leading up to the last two Mayakoba Classics. Hovland won both of them. It’s possible that maybe Hovland’s deficiencies around the green aren’t off of tight lies. After all, that’s what was seen at El Camaleon. He also finished 2nd at The Concession, another Bermuda golf course with run-offs to tight Bermuda collection areas. So I’m forcing myself to follow my gut on Hovland because I feel great about the rest of his game. You should too.

I think Justin Thomas has all the skill sets needed to win at Albany. But I just feel like that it-factor is missing with him right now. He just doesn’t seem to be able to reach for that extra gear like we’ve seen time and time again with him. But give me plus money in a 20 man field that he can beat 15 of them? Sure. Sign me up.

The one thing working against DeChambeau is that his power isn’t much of an advantage this week. Nevertheless, the wide corridors of Albany should put him in the short grass for great scoring opportunities. DeChambeau isn’t the best scrambler, but there are opportunities to opt for the putter from off the green. Expect DeChambeau to go with that strategy to help deliver a good finish on the leaderboard.

Like Ancer, Simpson should benefit from the wide fairways and firm nature of Albany Golf Course. And not only does he crush Bermuda courses, but he’s also hit the ball pretty well this fall. At the RSM Classic, Simpson gained over 8 strokes tee-to-green across the three ShotLink measured rounds on the Seaside Course, shockingly, Simpson lost strokes putting on the week. That’s a rarity for Webb, especially on Bermuda. Betting Simpson Top 10 is essentially putting him in a matchup against the 19 other players. Bet it like it’s a football game.

Patrick Reed is a popular pick to win this week because of the narrative. Despite poor form, he’s great at Albany and has a chip on his shoulder from the cheating accusations in 2019. I’m not going to go that far, but I won’t fault anyone going for the home run bet.

Where I’ll use Reed, however, is in a matchup against Harris English. Ever since the Ryder Cup, English has been a disaster. He hasn’t hit the ball particularly well. And after being forced to change his putter grip, he hasn’t been able to save things on the green either. Pick Reed to beat Harris English at the Hero World Challenge.

If presented the opportunity to bet Sam Burns Top 10 at odds less than -140, go that route. But if not, this matchup offered by BetMGM is a great alternative.

A lot of statheads will (correctly) point to the fact that over his last 50 rounds, no one has been better with their irons than Daniel Berger. The problem, however, is that Berger hasn’t played a competitive round of golf in almost 3 months. That stat might be completely irrelevant now. What I do know, however, is right now Sam Burns is one of the best players on the planet. I’ll take in in a coin flip against a player I have no idea what to expect out of.