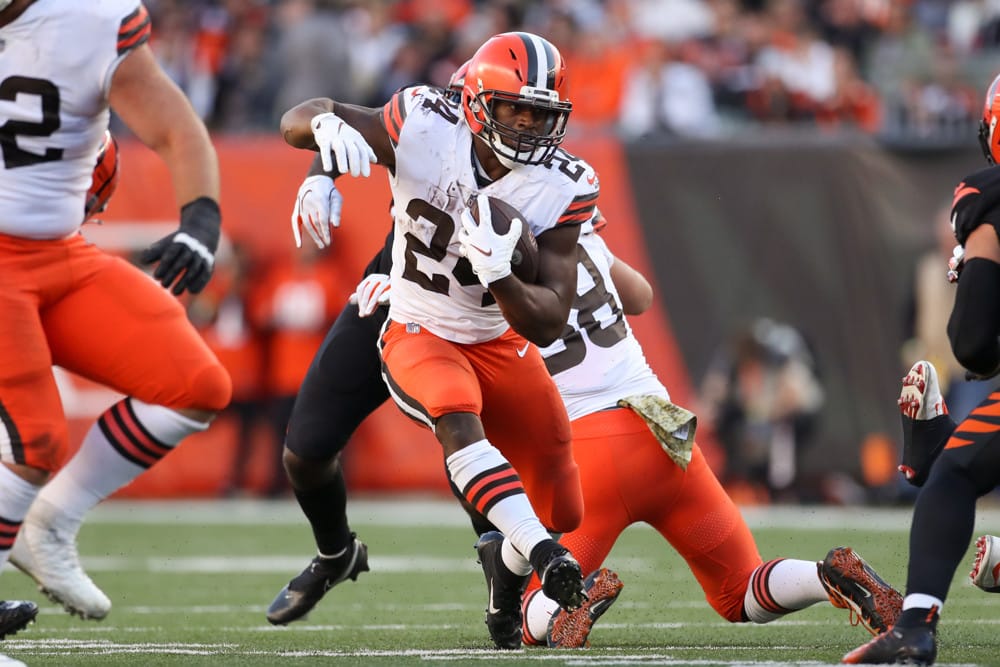 My Thanksgiving Day player props ended up going 2-3 on the day. I hope to get back on track tonight in the Sunday Night Football game in a clash between AFC North division opponents, the Cleveland Browns and Baltimore Ravens. This is a huge game for both of these teams. Below are my three player prop bets for the game! Check them out.

This number is a bit conservative for even Lamar Jackson. Over his last six games, Lamar Jackson has exceeded this number five times. We have talked about Jackson taking the next step in the passing game and I believe we have seen a step in the right direction. Additionally, in the last four games against the Cleveland Browns, Jackson has 20 or more completions in three of them. In fact, in road games this season, Browns are allowing opposing quarterbacks an average of 24.7 completions per game. I will take the Over on this prop!

Austin Hooper has at least four receptions in three out of his last four games. Furthermore, the Ravens are one of the worst defenses against the tight end position. In fact, the Ravens are allowing opposing tight ends six receptions and 69 receiving yards per game. I believe asking Hooper to get three catches is not a tall order. I will take the over in this Browns and Ravens matchup!

I love getting Nick Chubb to go over his receiving yards that is projected by the books less than 10 yards. Now, Chubb isn’t a huge part of the passing game but when Mayfield is throwing him the ball, Chubb makes the most of it. Furthermore, Chubb has gone over this projection in four straight games including the last two games where he has recorded double-digit receiving yards. Additionally, the Ravens defense is allowing opposing running backs 50 yards receiving yards per game.