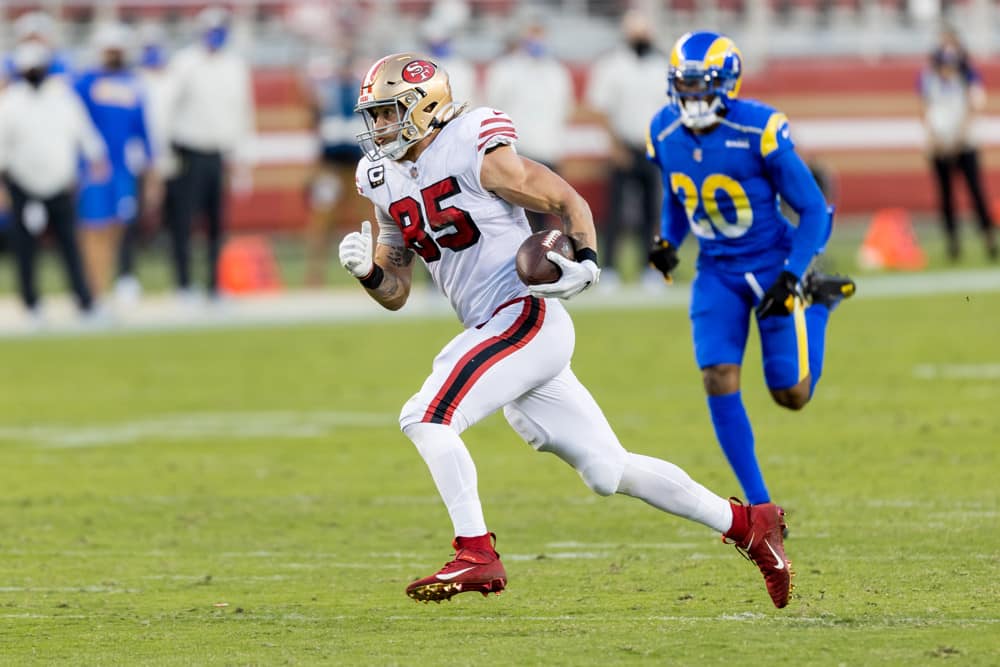 George Kittle returned last week for the 49ers after missing a few weeks with an injury. The 49ers will need every bit they can get out of Kittle if they are going to have any chance to make the playoffs. Last week, Kittle grabbed six receptions for 101 yards. Furthermore, in seven career games against the Rams, Kittle has more than 62 receiving yards in six out of the seven games including 100 yard receiving games in three out of the last four. Kittle should see the same targets and opportunities tonight for 49ers.

Matt Gay Over 1.5 Field Goals Made

Matt Gay has been one of the best kickers in the league so far this season, I would know cause he is on my fantasy team. So far this season Gay is 17-18 kicking field goals this season for the Rams. He’s made two or more field goals in seven out of the nine games thus far. If you want to take this bet a step further, you can bet on Matt Gay to have Over 7.5 kicking points. But I will stick with Over 1.5 field goals for tonight’s game between the Rams and the 49ers.

The Rams come into this week ranked as a top 10 rush defense and if the 49ers are going to win this game it will have to be on the shoulders and arm of Jimmy Garoppolo. Thus far this season Jimmy G has thrown more than 33 times twice this season which makes me a scary prop to back. However, the full complement of receivers will play in this game for the 49ers. Furthermore, in three out of four career games Garoppolo has more than 33 pass attempts in three of those game.