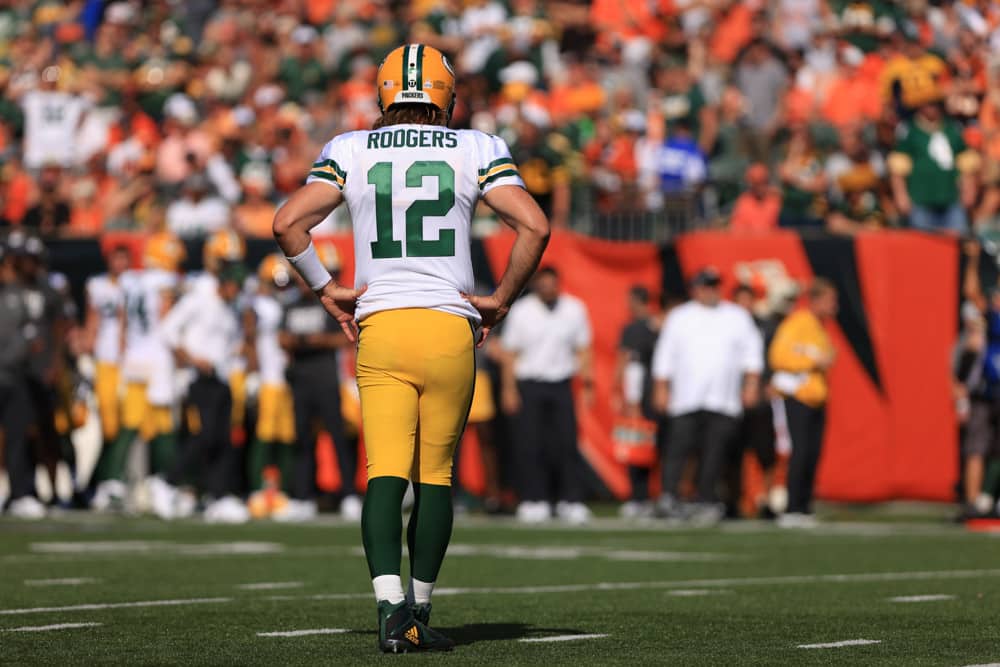 The guys (@GamblingPodcast) give out all their NFL picks for week 9 against the spread. Plus they hit on the big Aaron Rodgers news that he’s going to miss the game against the Chiefs and that he seemed to misled the public about his vaccination status. Von Miller has been traded to the Rams and apparently part of the reason was some hurt feelings due to a Halloween party. They close out their NFL week 9 predictions podcast with their NFL best bets including locks, dogs and teases.

A source with direct knowledge of the situation tells PFN that Von Miller became upset when teammates declined to kick in for his annual Halloween party, a massive affair with a 6-figure price tag that this year featured Quavo from the hip hop act Migos.https://t.co/beksjS1jsY