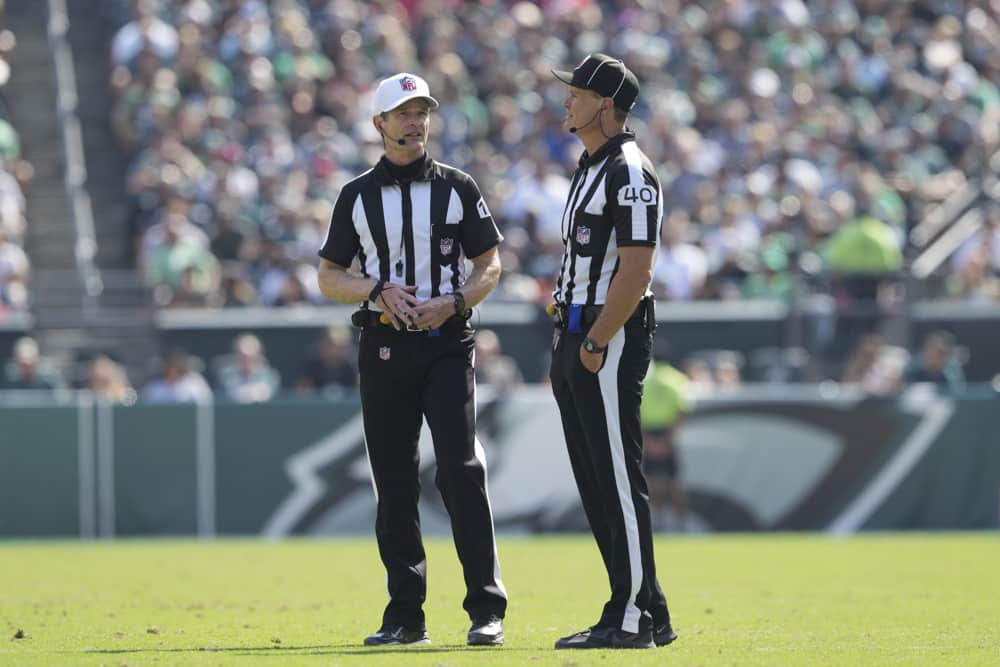 Another week is in the books for the NFL season. We move on to NFL Week 8 and there are a few exciting matchups starting Thursday Night.

Last week, I  highlighted taking advantage of the home team’s team totals in games officiated by Carl Cheffers. Despite, the full game going under the total, Giants scored 25 points to get over the total. Furthermore, road teams on the money line continue to dominate in Shawn Hochuli officiated games.

Let’s dive into the Week 8 Referee Trends and Stats.

I have highlighted Alex Kemp as a referee who is profitable for road teams against the spread and on the money line. On the other hand, he is also an official who is one of the best to Under. In fact, Kemp is 4-1-1 to the Under with an average game total of 41.3 points per game.  In Week 8, Kemp is assigned to officiate the Thursday Night showdown between the undefeated Arizona Cardinals and the Green Bay Packers.

Let’s go ahead and quickly highlight that Shawn Hochuli continues to be the winning side for road teams. On Monday Night Football the Saints go the victory straight up but failed to cover the spread. Furthermore, Hochuli is prefect 4-0 to road underdogs. Take a look below on to see which game Hochuli is assigned to this week.

The reason I wanted to highlight Scott Novak this week is that he is a perfect 4-0 to home underdogs thus far. Additionally, home teams are 4-2 overall against the spread. In Week 8, Novak is assigned to the Sunday Night Football game between the Dallas Cowboys and the Minnesota Vikings. Currently, the Vikings are home underdogs of 2.5 points.

Craig Wrolstad loves to travel to these different cities and favors the road teams. Thus far this season Wrolstad’s officiated games are profitable road teams. In fact, road teams are 5-1 against the spread and straight up. Furthermore, road underdogs are 3-0 so far this season. This week, Wrolstad is assigned to officiate the game between the red-hot Cincinnati Bengals and New York Jets. 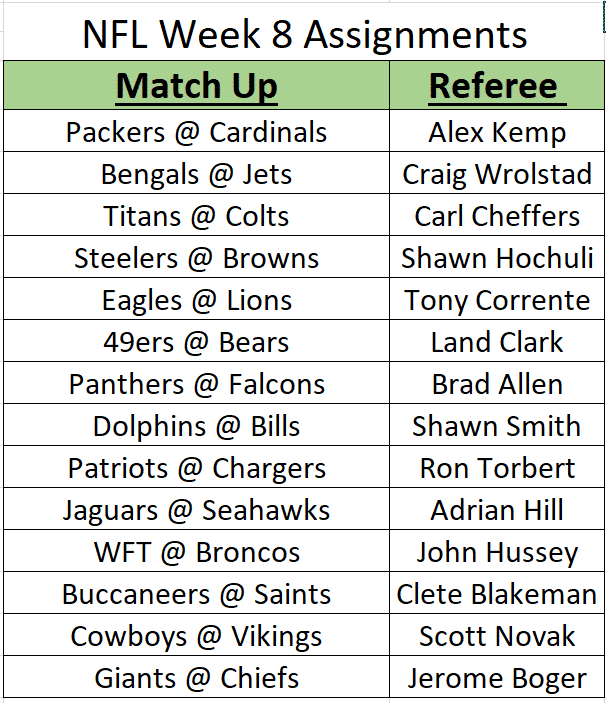