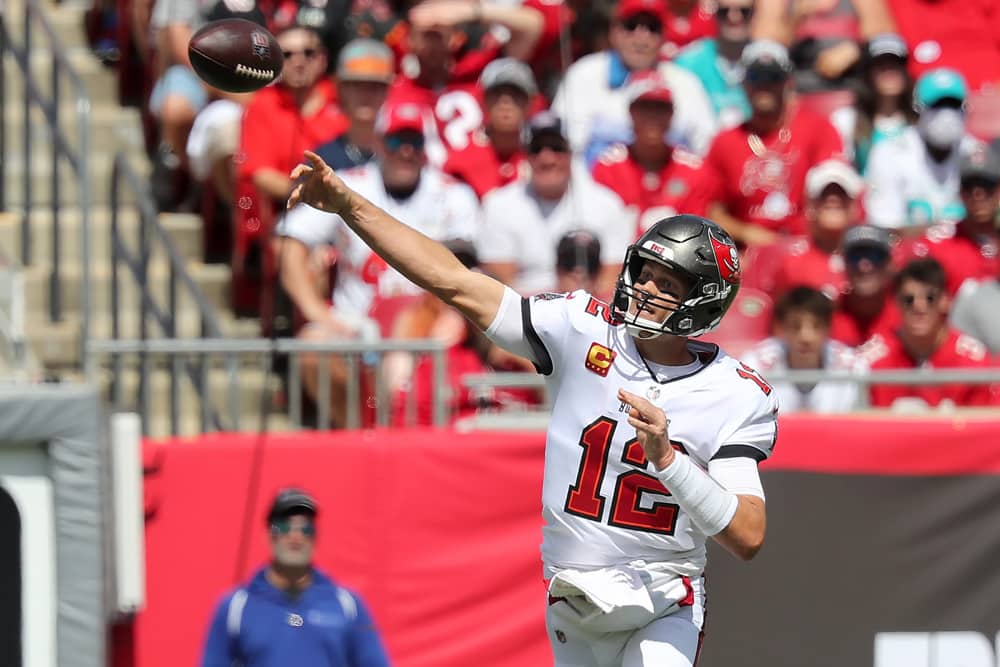 We heard the news of Tom Brady dealing with a sore thumb. However, that is not going to keep the greatest of all time out for this game. But we can say that it could bother him throwing the ball on a short week, traveling to Philadelphia. I know this is a hard pill to swallow taking an Under on Brady passing yards but the Eagles pass defense is tops in the league.

Think you know who will be crowned the best NFL player in the league? Check out the latest NFL MVP Odds.

Miles Sanders has been trending in the wrong direction for the rushing attack of the Philadelphia Eagles. In fact, over the last three weeks, Sanders had a total of 20 carries and 85 rushing yards. He’s exceeded  34 or more rushing yards just once in that span.

Quez Watkins may not be the first, second, or even third option on this Eagles receiving group. However, Watkins is averaging 20.5 yards per reception thus far this season. The Buccaneers’ secondary is decimated by injuries and I believe Hurts and Watkins can take advantage. Furthermore, Watkins has 40 or more receiving yards in three out of the last four weeks. I like Watkins to go Over 40 receiving yards.