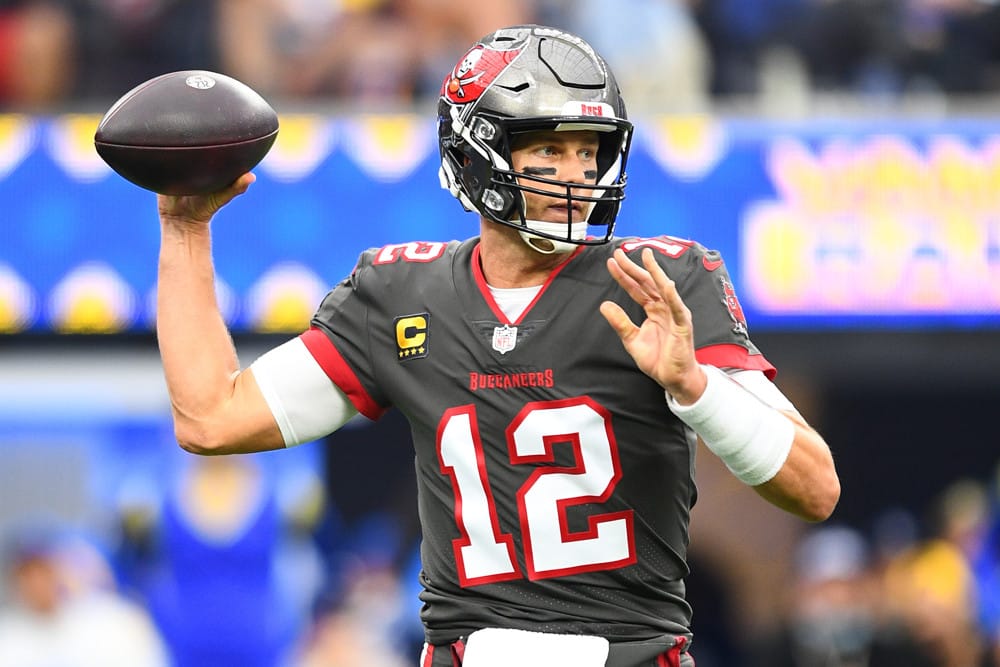 The most anticipated matchup of the decade is going down on Sunday Night Football. Tom Brady makes his return to Foxborough to take on his former team, the New England Patriots. Even though the game will be entertaining itself, why not make it more interesting with a few player props. Let me dive right into my picks for three player props!

As if there was not enough hype surrounding this game, Tom Brady is going for the record of breaking the all-time passing yards record by a quarterback. In fact, Brady now needs 67 passing yards to achieve this which may be broken in the first drive of the game. Thru the first three games of the season, Brady is averaging 362.3 passing yards. Furthermore, Brady is going to be the best quarterback the Patriots have faced thru the first four weeks. The Patriots’ defense has faced Tua Tagovailoa, Zach Wilson, and Jameis Winston. Brady came out this week and said he wants to kick their butt and I believe he is going to come out and do just that. I love this betting prop betting odds to go over!

Throughout Brady’s career, he has always had a pass-catching running back. Leonard Fournette has fit that mold very nicely for the Buccaneers. Furthermore, Giovanni Bernard will not play Sunday night against the Patriots due to a knee injury. As a result, I believe Fournette will get the bulk of the carries and receptions out of the backfield for the Buccaneers.

Rounding out my three player props picks is Hunter Henry. Thus far this season, Hunter Henry has exceeded this number in every game for the Patriots except for one where he had 31 receiving yards. Furthermore, the Buccaneers on the season are allowing seven receptions and 64 receiving yards to the tight end position. Henry is third on the team in average yards per catch. I believe Henry will have no problem achieving this number against a below-average Buccaneers secondary.