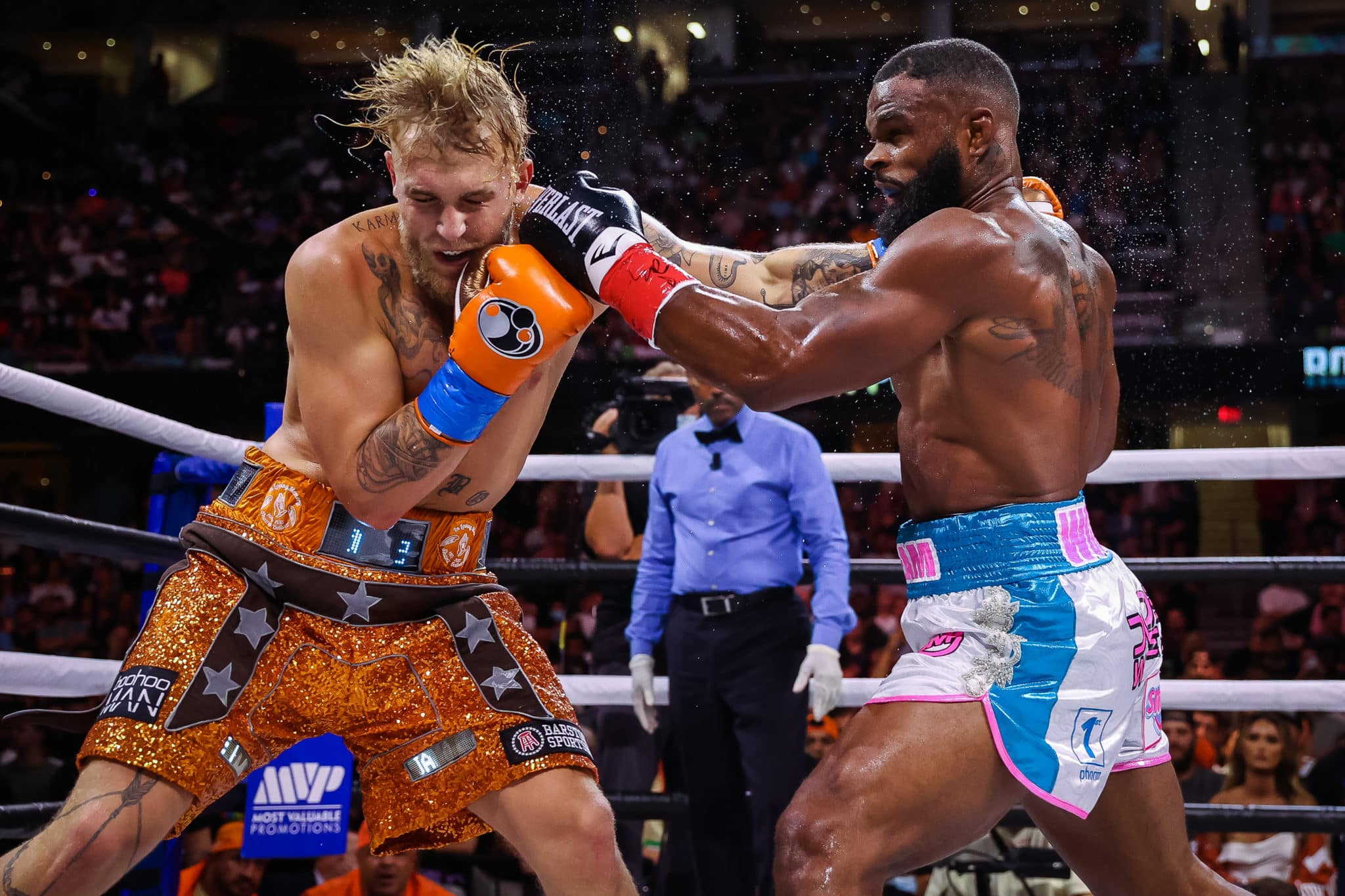 How much longer will the boxing public “buy into” Youtuber turned boxer, Jake Paul, headlining on PPV and what about the intriguing fight card in Leeds, England Saturday? We cover it all on the latest “Big Fight Weekend” podcast.

Host T.J. Rives is back to cover Paul’s decision win in Cleveland over former MMA fighter, Tyron Woodley, that headlined the Showtime pay per view. T.J. welcomes Sr. Writer of BigFightWeekend.com, Marquis Johns, to discuss that card from last Sunday night. And, they are joined by Boxing reporter/host, Carlos Toro, who was there in attendance.

Toro gives his insight on what the arena atmosphere of 16,000 was like, the impressive undercard for the PPV and could a more skilled boxer have beaten Paul, if not knocked him out, last Sunday?

The three guys then go over the Matchroom Boxing card in Leeds, England for Saturday night there (Saturday afternoon U.S. time). The main event has a Featherweight non-title rematch between England’s Josh Warrington and Mexico’s Mauricio Lara. Lara stunned the unbeaten Warrington with a KO earlier this year and now the Brit wants revenge. Also on the card is Women’s Undisputed Lightweight Champ and one of the most prominent female fighters in the world, Katie Taylor. And unbeaten English Welterweight Conor Benn, the son of former World Champ Nigel Benn, is also in action on the undercard.

T.J. and Marquis go over the fights with the odds and make predictions on the England show.

Hear it all on “The Big Fight Weekend Podcast” and make sure to follow/subscribe on Apple Podcasts, Spotify, Google, etc.!!

SIGN UP for the $100,000 NFL Week One Freeroll EXCLUSIVELY on the SGPN app

Download it today https://sgpn.app and leave us a rating/review.