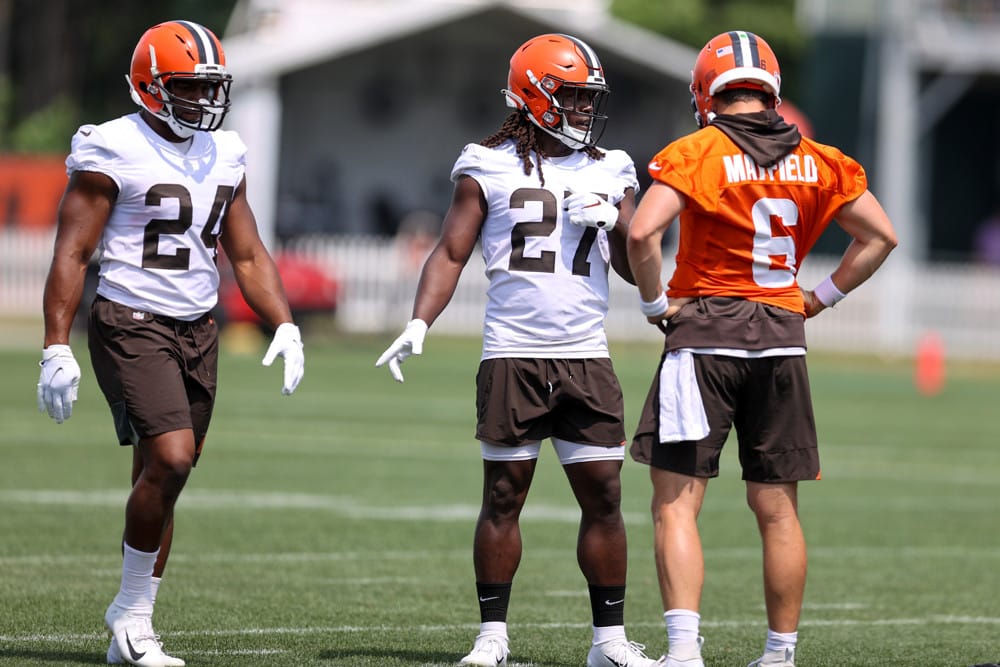 Last year’s 11-5 record for the Cleveland Browns was a huge step forward for the franchise. Head Coach Kevin Stefanski finally got a tune out of this roster and will look to improve again in his second season. Quarterback Baker Mayfield proved to be capable rather than stellar, but behind solid seasons from running backs Nick Chubb and Kareem Hunt, the Browns were more competitive than they have been for a long time.

Cleveland has kept the core of their offensive line which is a huge positive. Odell Beckham Junior returns from injury and hopefully can sprinkle some stardust on this team. On the other side of the ball, they have added Jadeveon Clowney and Malik Jackson, plus first-round draft pick Greg Newsome II. Struggling last season to contain opponents yard per play and completion percentage, these roster additions should put the Browns in the top tier of defensive teams.

Cleveland has the ninth-easiest schedule on the board, and some Vegas squares have this as high as 3rd based on projected win totals. They have tough divisional games v the Steelers and Ravens, but many of the weekly match-ups look winnable.

The AFC North is a tough division. The Steelers and Ravens make this a genuine 3 horse race, but as a bettor that also improves the value on our selections. If you’re in on the Browns, and I am, take this +155. The ease of schedule makes the Over appealing too. I see 9 or 10 games that the Browns should be winning, leaving them to take a handful from the tougher games. If this team is for real they can do it and get to 11+ wins.

For the real men of degen, as the Browns are six-point dogs Week 1 against the Chiefs, you could wait until they lose this game then avail yourself of a better price.

In the latter 3rd of last season, the Browns’ offense went up a notch. Some of the most stable metrics available suggest that Mayfield will continue to be efficient if not prolific. His expected TD rate last year actually came in 4 lower than it might have been, telling me that there is room for improvement. OBJ is back to complement Jarvis Landry, whilst Kareem Hunt and Rashad Higgins will also bolster Mayfield’s chances of reaching this number.

I like Landry, but his overall trends on total catches and yards per catch lead to me hitting the under here. Last season was the first time he didn’t make 80 receptions, and there is a year-on-year decline in his depth of targets, which last season dipped to 8.2. OBJ will take a bite out of this too. I feel like everything would have to fall right for this to go over, so I’m happy to oppose it.

Nick Dant and the SGPN fantasy boys have done the heavy lifting here. The fact that I’m generally high on the entire Browns offense could spell trouble for them as individuals. Mayfield is the standout as he takes advantage of a solid O-line, a pass-catching RB, and efficient pass-catching TEs. The RBs will produce what you pay for, but be wary of the WRs and TEs. There is no obvious choice, which muddies the waters, and tells me to fade.