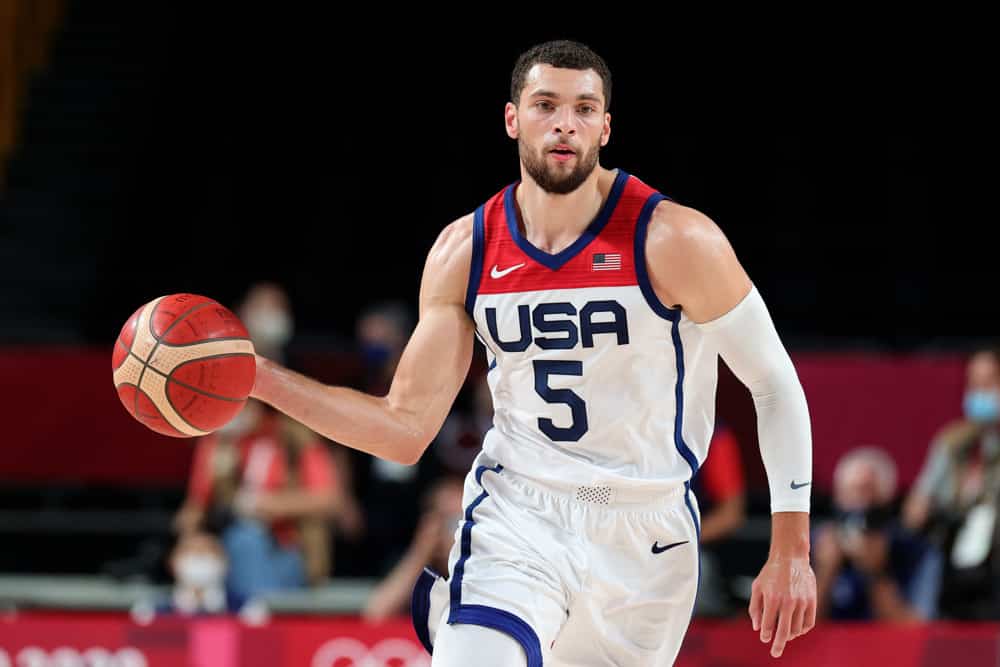 Team USA is headed to the Men’s Olympics Basketball Gold Medal Game to take on France. They got off to a shaky start and I am sure American fans were quite a bit nervous. Nonetheless, the Team USA turned it up in the second half of the semifinal game outscoring Australia 55-33. Furthermore, France squeaked out a victory against Slovenia 90-89. The gold medal game is set between Team USA and France. Below is my prediction and best bet for the game.

We saw France and the USA play in the first game in the group stage. France won the game 83-76. Evan Fournier led the way for the French team scoring 28 points on 50% shooting. In addition, Rudy Gobert scored 19 points for France. Furthermore, France has not lost a single game in the Olympics so far.

On the other hand, we know the USA struggled in exhibition games and the first group stage game but they have found their way as the Olympic games have progressed. Despite the struggles in games they have made the proper adjustments at halftime to take care of business.

I am fully expecting a tight defensive battle in this gold medal game between Team USA and France. Since the first group stage game, the US team has covered the spread over the last four games. Is this going to be the same script as we have seen over the last couple of games for the US team? Probably. Additionally, the American team is going to have to find a way to neutralize Evan Fournier.