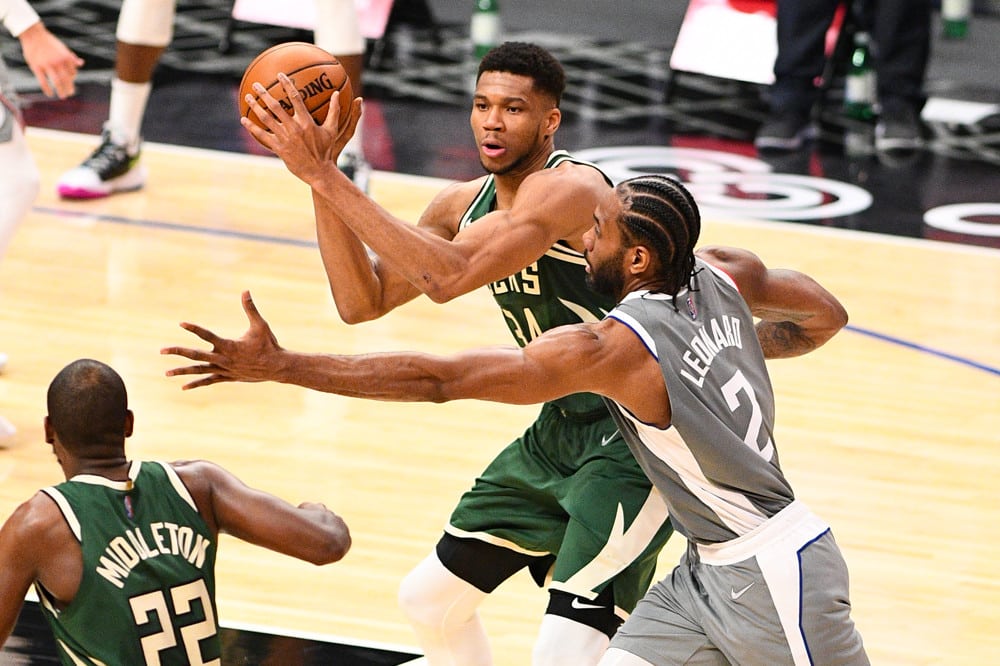 Game Five of the NBA Finals was one for the ages. Unfortunately for me, my player props went 1-2. But I am looking to bounce back tonight in Game Six of the NBA Finals. Will the Bucks be able to close it out? Below are my three NBA Finals Game Six Player Props! Let me dive right into it!

It seems that both Jrue Holiday and Khris Middleton have risen to the occasion in the last two games. As a result, that eases the pressure off of Giannis to be the guy to do the scoring. In addition, Giannis has said that the fourth quarter is Khris Middleton time and we have seen that over the last two games for the Bucks. Game Six is where I believe we will see a repeat performance from the Bucks Big Three. Over the last two games, Giannis has combined for an average of 47.5 points, rebounds, and assists. I like this player prop bet to go Under!

It is an elimination game for the Phoenix Suns. We know that and they know that. This is where the stars need to shine for the Suns to extend this game to a seventh game. That responsibility will be on the shoulders of Booker. I am not exactly sure the extend of the injury of Chris Paul’s hand but nonetheless Booker should have another stellar game for the Suns. Over the entire series, Booker is averaging close to 30 points per game. However, over the last two games, Booker has scored 40 or more in each game.

Jrue Holiday has been a defensive menace all series along against Chris Paul. The numbers don’t lie. Holiday over his last four games in this series Jrue Holiday has nine steals! I believe the defense energy will be at a heightened level for the Bucks led by Jrue Holiday. As a result, I love for him to get at least two steals for the Bucks in Game Six!