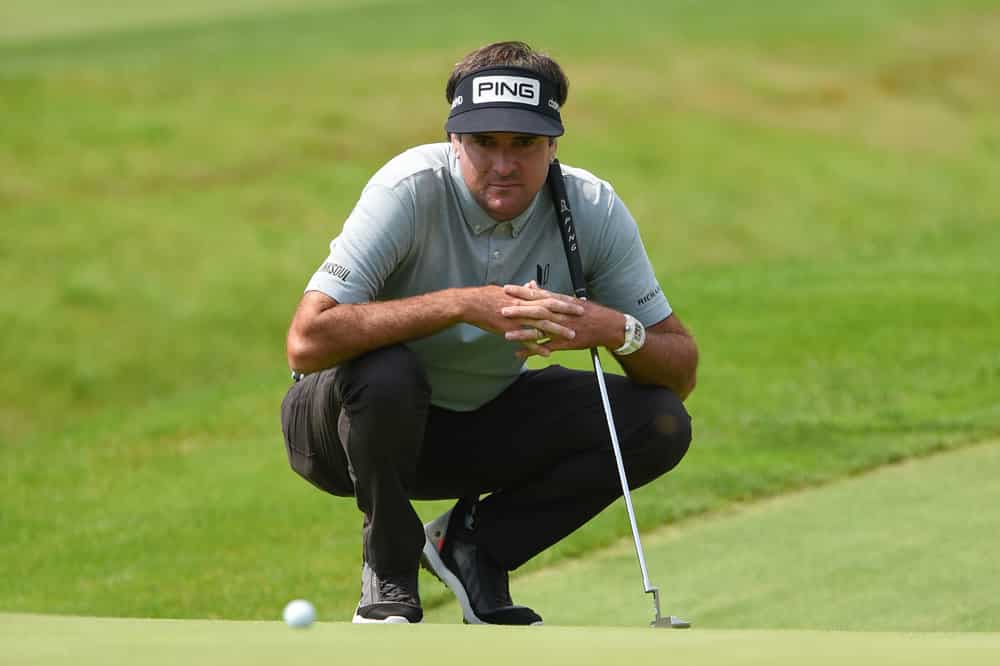 For those who missed it, check out the 3M Open Preview and Betting Strategies for the types of golfers you should look to target for your picks. Using that as a guide, let’s take a look at some of the best bets to make this week. Here are my 2021 3M Open Picks (odds courtesy of PointsBet and DraftKings).

While fatigue is a concern, many players who played the Open went on to win the Canadian Open the following week. Why should we exclude anyone who played in the UK then?

After three straight missed cuts, Emiliano Grillo got back on track with a T12 finish at the Open. He also finds himself in the mix heading into the final round a lot. Over the last two years, Grillo has found himself within 5 shots of the lead nine times. And most of these are at similar strengthed events to the 3M Open this week. Grillo has all a bettor is looking for in terms of elite and accurate ball-striking tee-to-green. He played well at last year’s 3M Open with a Top 10 finish. At 35/1, he’s worth a bet to see if he can come out on top.

Bubba Watson is coming in hot. He should have won the Travelers three weeks ago before a disastrous back nine. Instead of going into the tank, Bubba rebounded the following week with a Top 10 finish at the Rocket Mortgage Classic. While he missed the cut in last year’s 3M Open, Bubba struck the ball great tee-to-green only to be let down by the putter. And Bubba has the ability to curve the ball around all the trouble and doglegs at TPC Twin Cities. He has tremendous win equity at his price and is worth a pick at the 3M Open.

Keegan Bradley is as solid tee-to-green as any player in the field. He ranks towards the top in all the ball striking categories of anyone in the field. And he’s accurate enough off the tee to avoid most of the trouble at TPC Twin Cities. Keegan Bradley should have picked up a win at the Valspar Championship earlier this year. If he can find a little bit with the flat stick (always a tall order for Keegan), then he can be in the mix on Sunday for the win.

Keep your options open this week with pre-tournament outrights. This is a weak field with dozens of highly volatile players capable of winning or busting completely. There isn’t an obligation to get highly invested pre-tournament. Take advantage of live odds this week. Should you feel the necessity to bet longer shots now than in-tournament, take a stab at a few of the names listed below under “Top 20s To Consider”.

We’re seeing a bit of Bizzaro Patrick Reed lately. Over the last month or so, his ball-striking tee-to-green has carried him immensely. It’s his putter that is seriously slumping. That happened again at the Open Championship. Reed struck it pretty well but couldn’t get a putt to go down. Thankfully for him, TPC Twin Cities rewards consistent and safe ball striking more than hot putting. Maybe his current form limits his upside a bit. But with the way he’s striking the ball, he should finish Top 10 against an incredibly weak field.

Doug Ghim is a popular pick to win this week, seeing his odds rise to around 40/1. I’m going to take more of a wait-and-see approach with Ghim. If he shows anything on Thursday, then you can probably live bet him at still an appealing value. But Ghim has yet to seriously be in the mix on a consistent basis on the PGA Tour. While he has the game and form to play well, use the Top 20 as a starting point and monitor his progress early in the tournament.

The praise for Doug Ghim is above. As for Lucas Herbert, this will be his first non-WGC or major start on US soil in his career. Euro Tour players tend to struggle early on these softer American-style setups. TPC Twin Cities isn’t a type of track he’s used to seeing over in Europe or the Middle East. I expect Herbert to struggle this week. Doug Ghim should beat him straight up.

J.T. Poston showed admirably last week at the Barbasol Championship. But he’s poised for a letdown on a golf course that doesn’t really fit him. Poston is wildly inaccurate off the tee and is a poor iron player. He typically shows up on less demanding golf courses that turn into putting contests. The 3M Open is more a contest of who can avoid trouble, stick their irons close, and then make putts. Lately, Patrick Rodgers does that much better than J.T. Poston does. He should beat Poston head to head.

Dylan Frittelli played wonderfully at the Open Championship, but can he keep up the momentum at the 3M Open? Call me skeptical, especially with how poorly and erratic he strikes the ball sometimes. Meanwhile, Maverick McNealy is playing some of the most solid golf he’s ever played tee-to-green on the PGA Tour. Both his performances off the tee and with his irons are on point at the moment. He should beat Frittelli head to head.